(Attention. Some footage is difficult to look at)

In Fuzhou zoo, Fijian, China, a keeper was killed by a tiger who he'd raised since it was a cub. 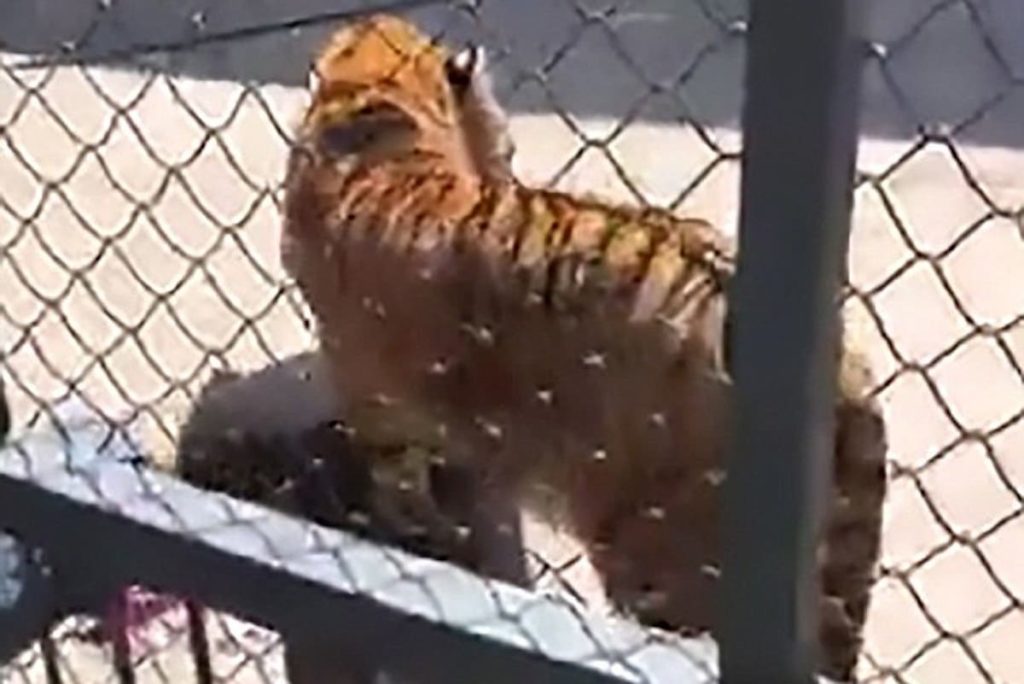 At the time of the incident, the trainer was with the animal in the cage used for training. In the middle of a session, the tiger "suddenly bit onto and suffocated him to death", as an official with the Fuzhou City Government in East China's Fujian Province said.

The animal, a former celebrity at the circus, was trained by the man since his arrival at the zoo and according to breeders there, the tiger is "usually quite docile". This makes it all the more difficult to understand the animal's motives for doing what he did.

In the video, the animal can be seen standing over the man's dead body. In a second video, blurred by Chinese media, the tiger can be seen appearing to claw at the handler while other staff members try to drive it away using a stick. Someone can also be heard shouting "Call the police!"

They eventually got to the man, but he was later declared dead by paramedics.

As it stands, the zoo is trying to understand what pushed the animal to act in such a way. Further details have not yet been released but in the meantime the shows have been cancelled.

As for animal rights activists, they insist that it was the captivity conditions that drove the animal to behaviour inappropriately as they messed with his well-being.

A few months ago, a zookeeper in Russia was killed by a tiger, once again highlighting the absurdity of zoos.

The video of the incident: