When the death of an elephant in a road accident in Spain recently revived the debate on the captivity of wild animals in circuses, the charity Animal Defenders International shared a video showing elephants in a circus behaving abnormally.

It is not necessarily obvious what the problem is in the video as we are unaware of an elephant's natural behaviour.

In the pictures, filmed at the Garden Brothers circus in the United States, you can see the elephants swinging back and forth continuously. These repetitive movements carried out over a long period of time have a scientific name: zoochosis.

A combination of the words "zoo" and "psychosis", zoochosis was a term coined in 1992 to describe the compulsive behaviour of animals kept in captivity.

Zoochosis reflects a strong malaise and a great stress in the animals which suffer from it.

It can show itself in many different ways, such as self-harm, vomiting, obsessive cleaning, coprophagia (eating your own faeces), long moments of nodding and swaying back and forth. 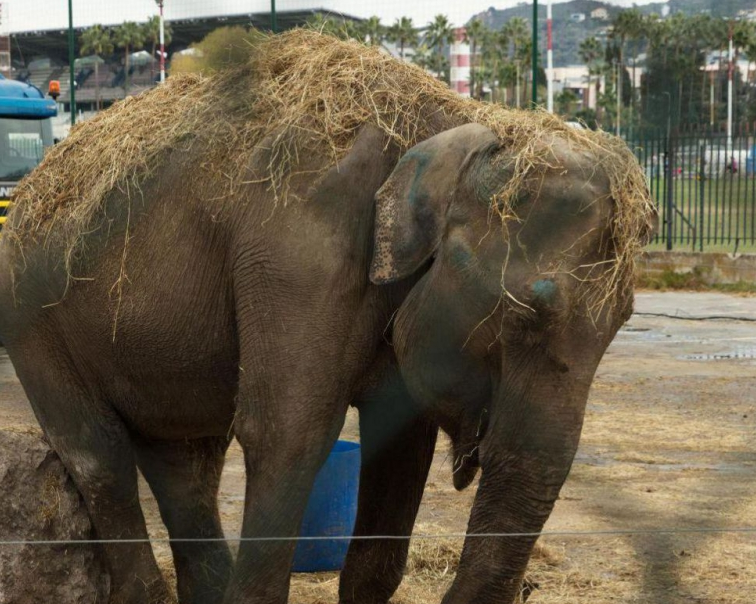 In America, some elephants, like Nosey, managed to reclaim their freedom in a sanctuary for elephants. But circuses with wild animals are still very much prevalent in the country, and around the globe.

You can watch the Animal Defenders International video below: