Though the Skywatch Bird Rescue in North Carolina usually look after birds, they have recently taken in some rather different animals…

It was in fact a mother opossum who appeared at the rescue centre about a month and a half ago, according to The Dodo. 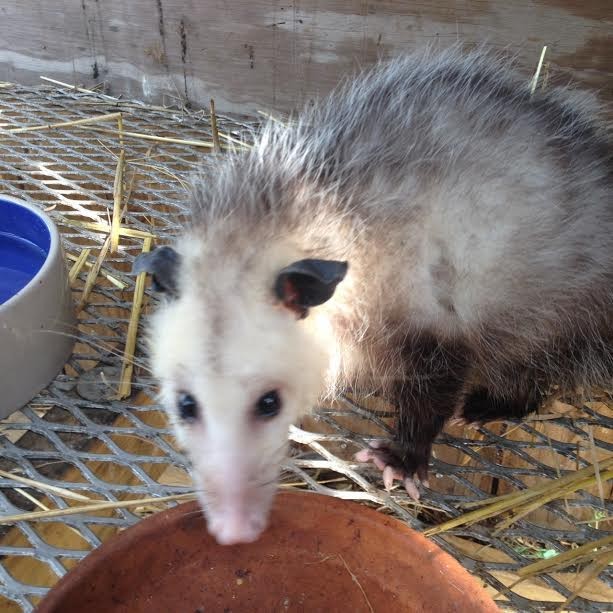 When Amelia Mason, the rescue centre's founder, noticed the opossum, she was scratched and bleeding with a wound to her forehead. They think the poor creature may have been attacked by another animal in the wild.

She was starving hungry and in a terrible condition, but the sneaky opossum managed to get to safety via the rescue centre's food preparation area. They gave her the vital shelter and food she needed. 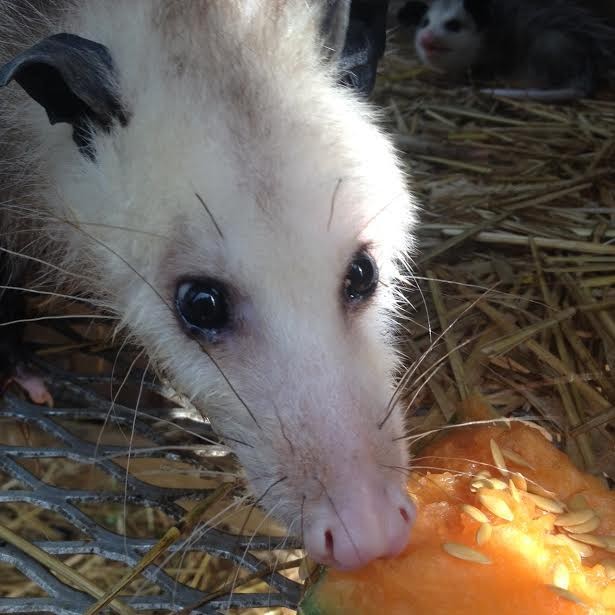 However, the team at the centre was in for a surprise.

The very next day, they discovered that this opossum hadn't travelled alone. In fact, she had loads of babies in her pouch! 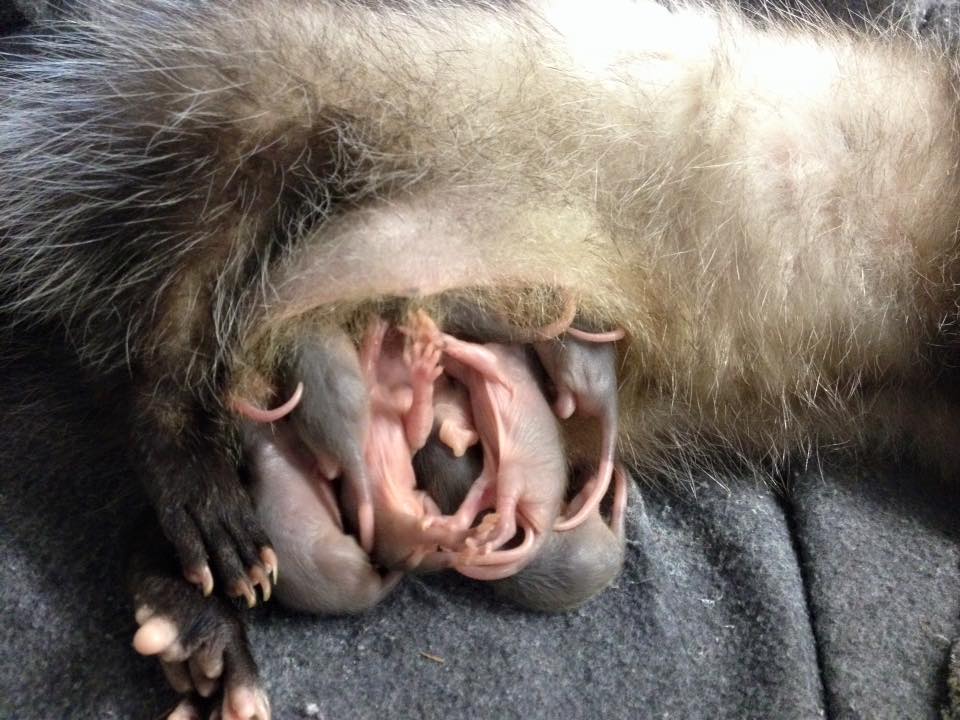 The loving mother got all of her babies to safety, and she continues to prove herself to be a wonderful parent. She even gives them piggybacks! 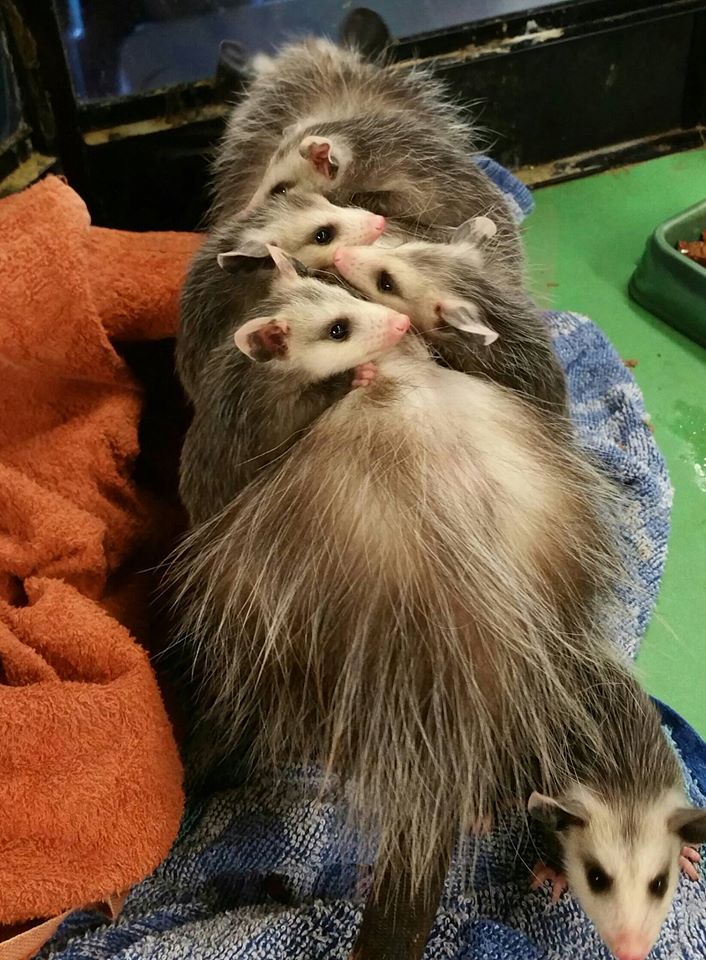 She holds her babies' hands while they doze, and nursed her little kids until the very last minute. Mason tells The Dodo:

She is the best mom…She nursed nine babies to the full extent, so that's a lot of energy depending on her.

But thanks to their fiery-spirited mother, the baby opossums have grown up happy and healthy. They are quite a bit bigger nowadays! 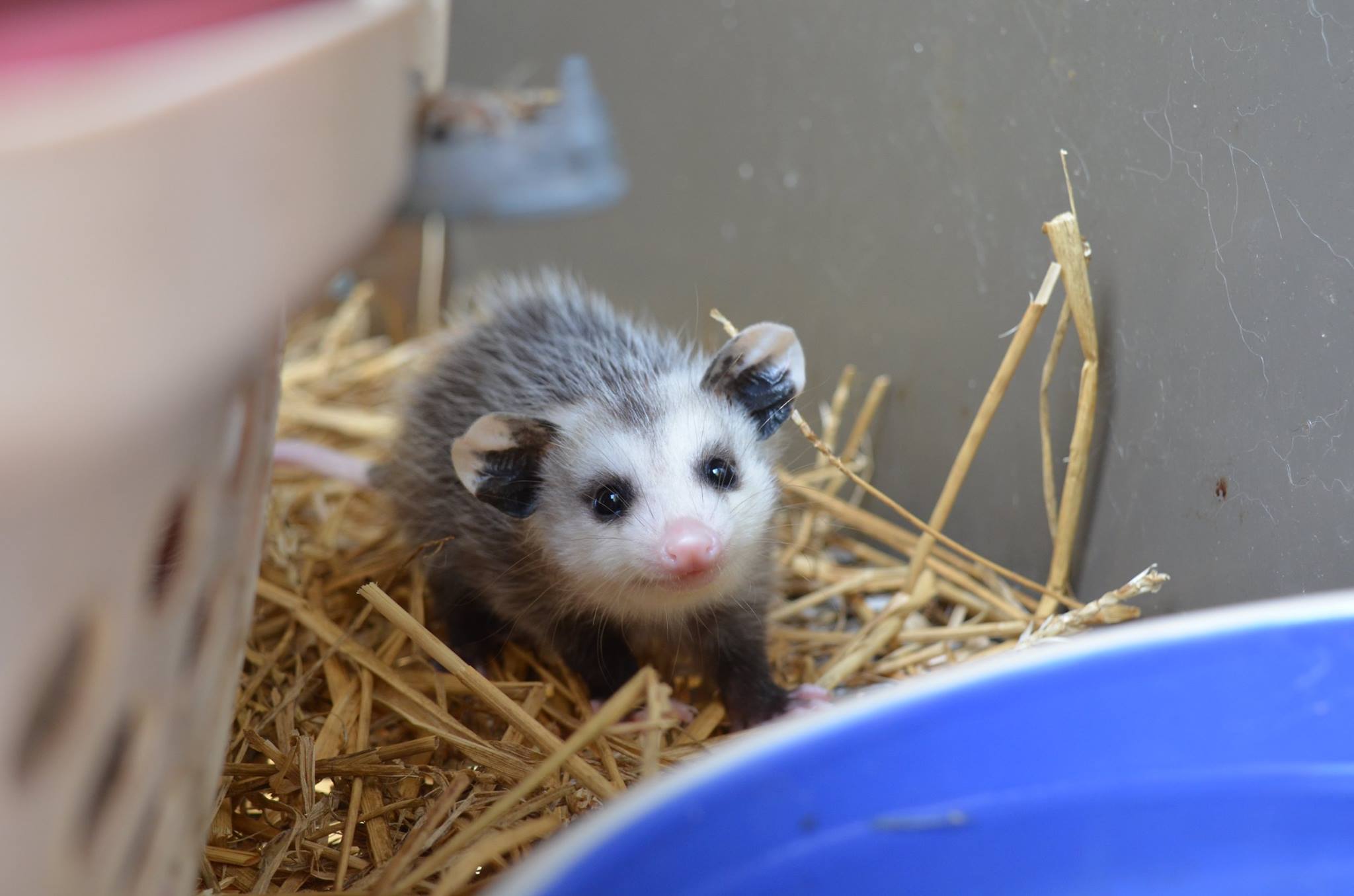 The opossums will soon be released into the wild, when the rescue centre decides they are ready. Mason is confident that her babies will be fine: they are "wild and not friendly", so are more likely to survive in the big wide world.

If you have been moved by this story, you can help Skywatch Bird Rescue on their mission to save the littlest lives of all sorts by making a donation.