Lujan Zoo in Buenos Aires, Argentina, has attracted a whirlwind of controversy after dozens of visitors accused them of 'drugging' their animals and keeping them in terrible conditions. 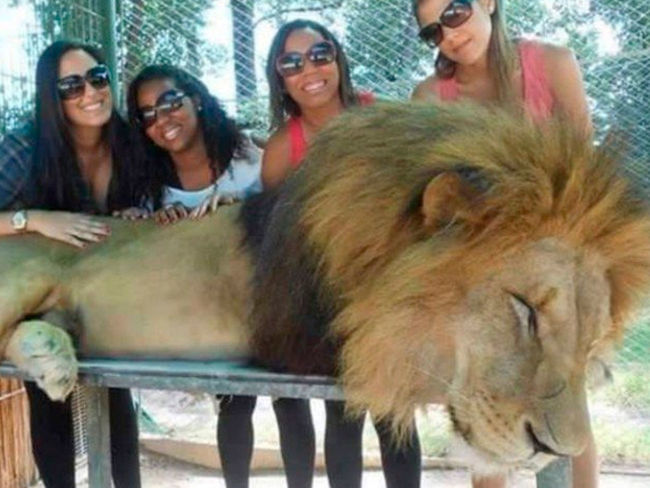 The self-proclaimed 'most popular zoo in Argentina' has been accused of letting visitors have direct contact with the animals, most notably their big cats, for as little as $25.

On social media, you can easily find tens of videos and photos of people, either individually or in groups, cuddling and stroking tigers, feeding lions with a baby bottle, or even sat astride the big cats.

It is very unnatural for these felines to allow themselves to be treated in this way. To make sure that the public aren't put in danger by coming into such close contact with these animals, many visitors have come to the conclusion that they are drugged to keep them calm and docile. 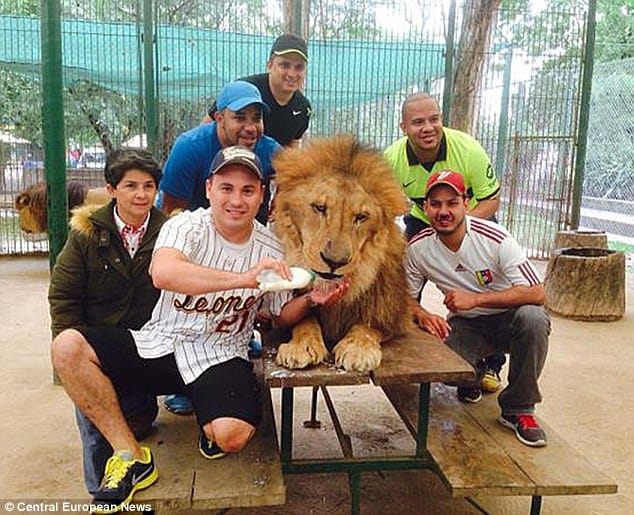 The theory has spread like wildfire across social media, including the zoo's Tripadvisor page.

"The lion by the entrance was seemingly drugged, probably so visitors could hug him,"  said one reviewer, Richard C, while another, Gustavo, said "an impressive collection of cats all of them in tiny cages, under medication, a very sad spectacle".

Photos taken by visitors show the big cats in a kind of stupor, almost asleep. A video made 2016, shown below, supports the allegations:

The people in charge of the zoo, open since 1994, have denied the accusations of abuse.

To defend themselves, they have put a statement on their website, highlighting their wish to "actively promote conservation and biodiversity", and saying that they use special training techniques on their animals from a young age to "reduce their natural, savage instinct". 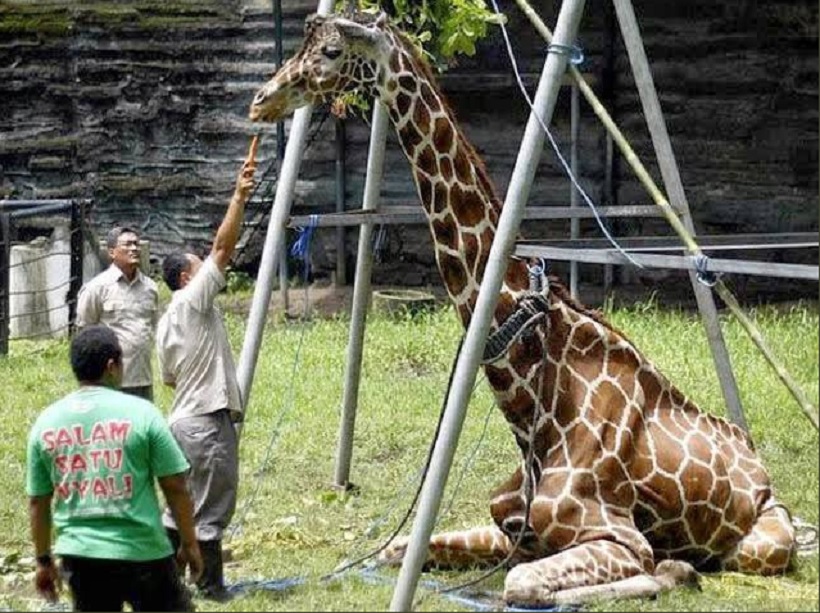 We've looked after these animals since the day they were born. We're in contact with their mother, even helping them give birth. From their very first days, we are a part of their family.

In an interview with Playground, an Argentine website, staff members gave their own side of the story:

Our animals aren't wild. They have always lived here, in captivity […]. The different methods that we use are to reduce their savage natural instincts as much as we possibly can.

Anyway, it's completely unfair to accuse us of drugging them. To do that, we would have to use tranquilizer darts, which last for less than an hour and would be awful for their health. If we were using them all the time, the animals wouldn't have survived this long. 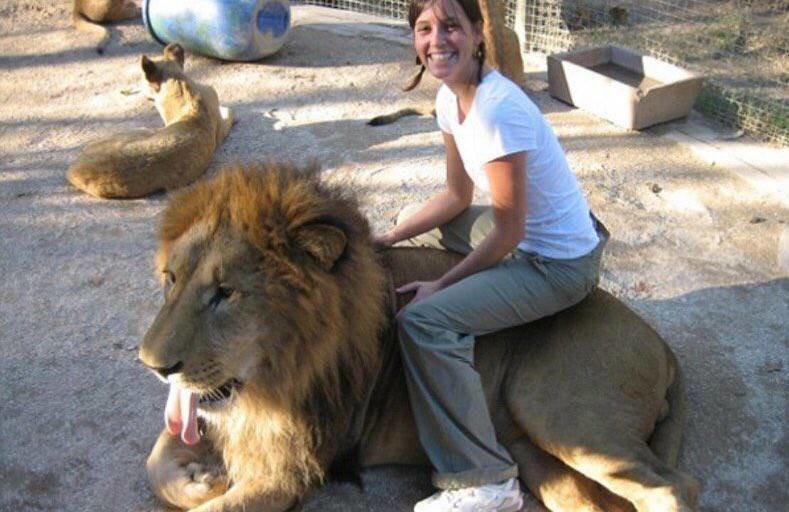 Since 2014, several animal welfare groups have denounced Lujan Zoo for keeping their animals in such terrible conditions. In light of the avalanche of online criticism, they were also investigated by the local government in Buenos Aires.

However, despite the vast amounts of proof from people all over the world, the zoo was allowed to continue operating. 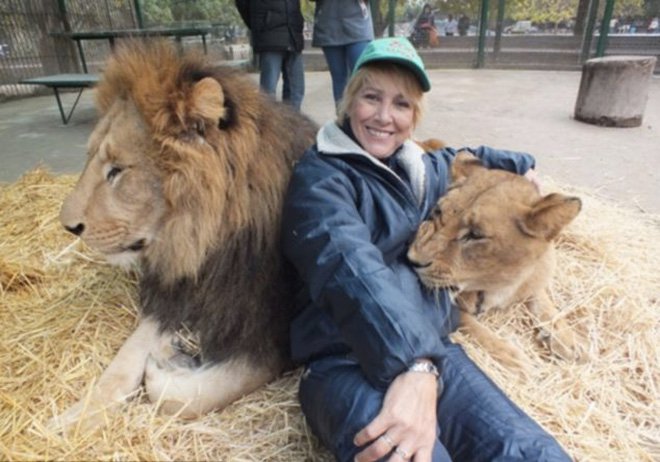 To continue to put pressure on the zoo, animal rights group Animalista Independiente Argentina has launched a petition, demanding its closure.

They claim that the zoo is violating an Argentine law banning the public from having contact with wild animals, and hope that public support could bring an end to the zoo's abusive practices. 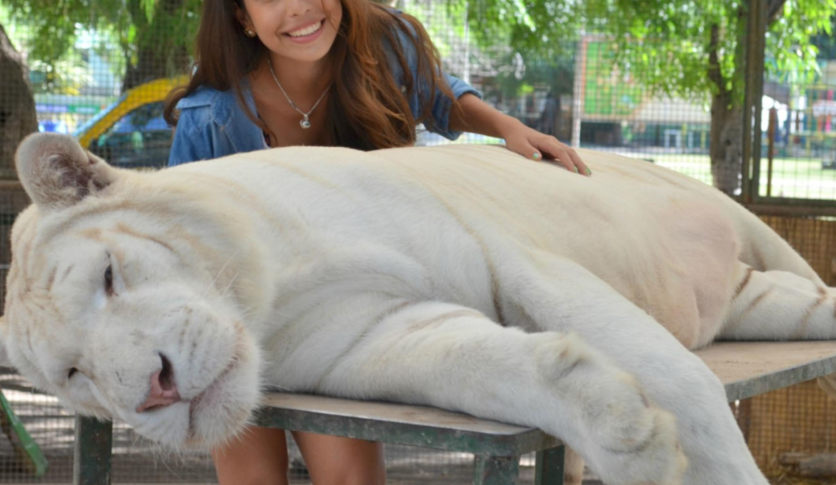 Although it is tempting to want to cuddle a majestic lion or a baby tiger, it is very important to remember that they are wild. Contact with humans is largely damaging for these animals and, in cases like Lujan Zoo, they are being forced into performing unnatural behavior, which studies have shown is damaging.

Nearly 120,000 people have already signed the petition against Lujan Zoo. To add your signature, click here.