When this video of a faithful dachshund and his human appeared on Facebook on April 11, it was no surprise that it quickly went viral. 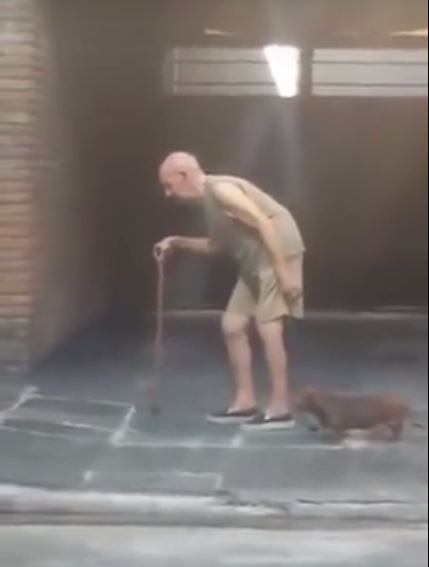 An old man and his dog were captured out for a walk by an unknown passerby in an unknown location. But the details don't matter, rather it's the bond between a dog and his human that leaves everyone speechless.

His human is clearly very old and therefore walks very slowly, with the help of his walking stick.

But his four-legged friend doesn't mind one bit, and faithfully stays right beside him at all times, slowing down to make sure his best friend can keep up.

The video almost looks in slow motion as the dog carefully puts one step forward at a time and then pauses while his human takes another step. 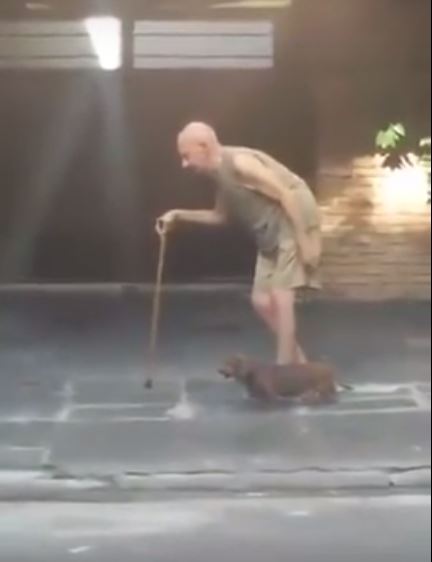 This is utter proof of a dog's unconditional love for their human!