Margaret Peacock, from north east Hampshire, who is an award-winning dog breeder, has been found guilty of killing eight puppies after stuffing them in a freezer, according to local news, Get Hampshire. 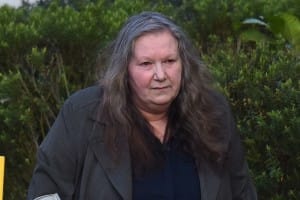 She had thought that the puppies might have genetic mutations which might make them unsuitable for breeding, as their parents had been brother and sister.

Basingstoke Magistrates' Court heard that Peacock had made two phone calls to different veterinarians threatening to kill the puppies herself if they did not agree to cooperate and euthanize them. She then made a third phone call to the receptionist in which she informed her that the puppies had been put into the freezer. 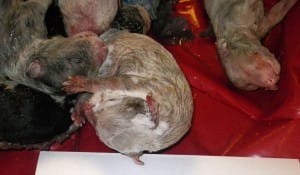 The following day, Peacock arrived at the clinic with a bag containing the eight puppies, one alive and the rest dead. Andrew Austin, the prosecutor, said that the puppies showed no signs of physical defects despite their incestuous genes, and this was the reason that both vets refused to put them down. He said that Peacock was aware of this herself:

She confirmed to the vet none of the puppies had any obvious defects. When an appointment could only be offered the following day, the defendant told her 'I will kill them myself'.

The RSPCA performed an investigation at the 64-year-old's house after she had dropped the dogs off, where they found a ninth puppy, lying in a kennel. An examination revealed that he had died from a blow to the head by a tin opener.

Fiona Taylor, the defendant's lawyer, said that Peacock has been caring for dogs since she was 17 years old and has an excellent record of caring for and training them. This is how she managed to win awards at the world's biggest dog show, Crufts.

In court, Peacock pled guilty to three counts of being a responsible person failing to prevent the causing of unnecessary suffering to an animal. Magistrate, Dr Susan Dadlani, sentenced her to two concurrent 12-week jail terms, 12 months of suspension and said that her previous "good record" would not prevent her from being allowed to keep and raise dogs in the future.

You can read up more about animal cruelty laws in the United States and in Canada here.
The tragic ending that these innocent puppies were faced with is yet another shocking example of the consequences of breeders and puppy mills. When their owners care more about winning competitions than looking after them, it is the pets who suffer. Please consider adopting a dog if you are looking for companionship, instead of buying one.

There are already so many abandoned pups waiting in shelters for homes that there is no reason to buy one from a breeder, and in doing so, support the abhorrent treatment of mother dogs and puppies on farms. 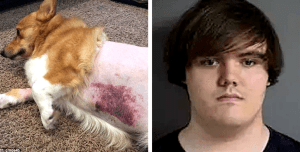