Linda Koebner, an animal behaviourist, first met a group of lab chimps in 1974, when they were released into the outside after six years living in cages.

The poor chimps had got so used to incarceration that they were too scared to leave the familiarity of their cages. 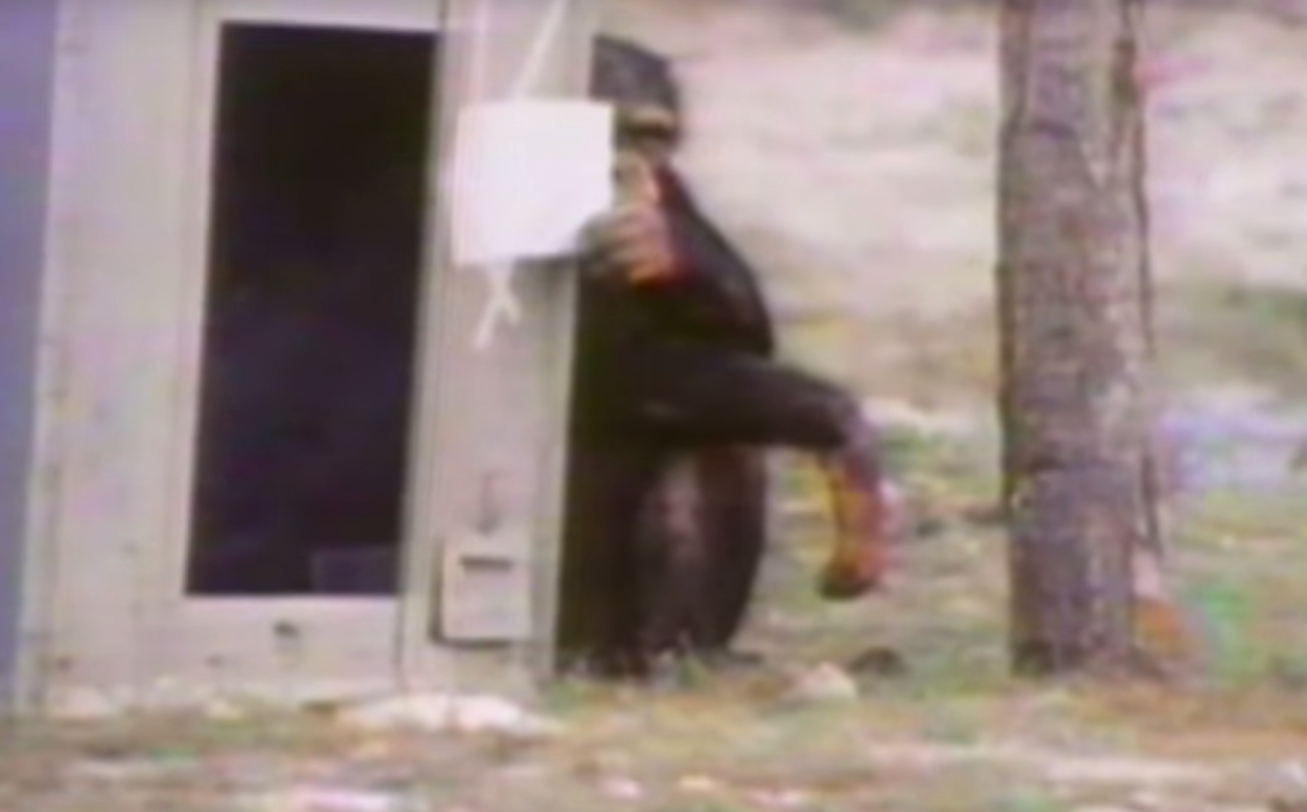 It was only with the coaxing of Koebner, then a 23-year-old student, that the chimps finally came out. 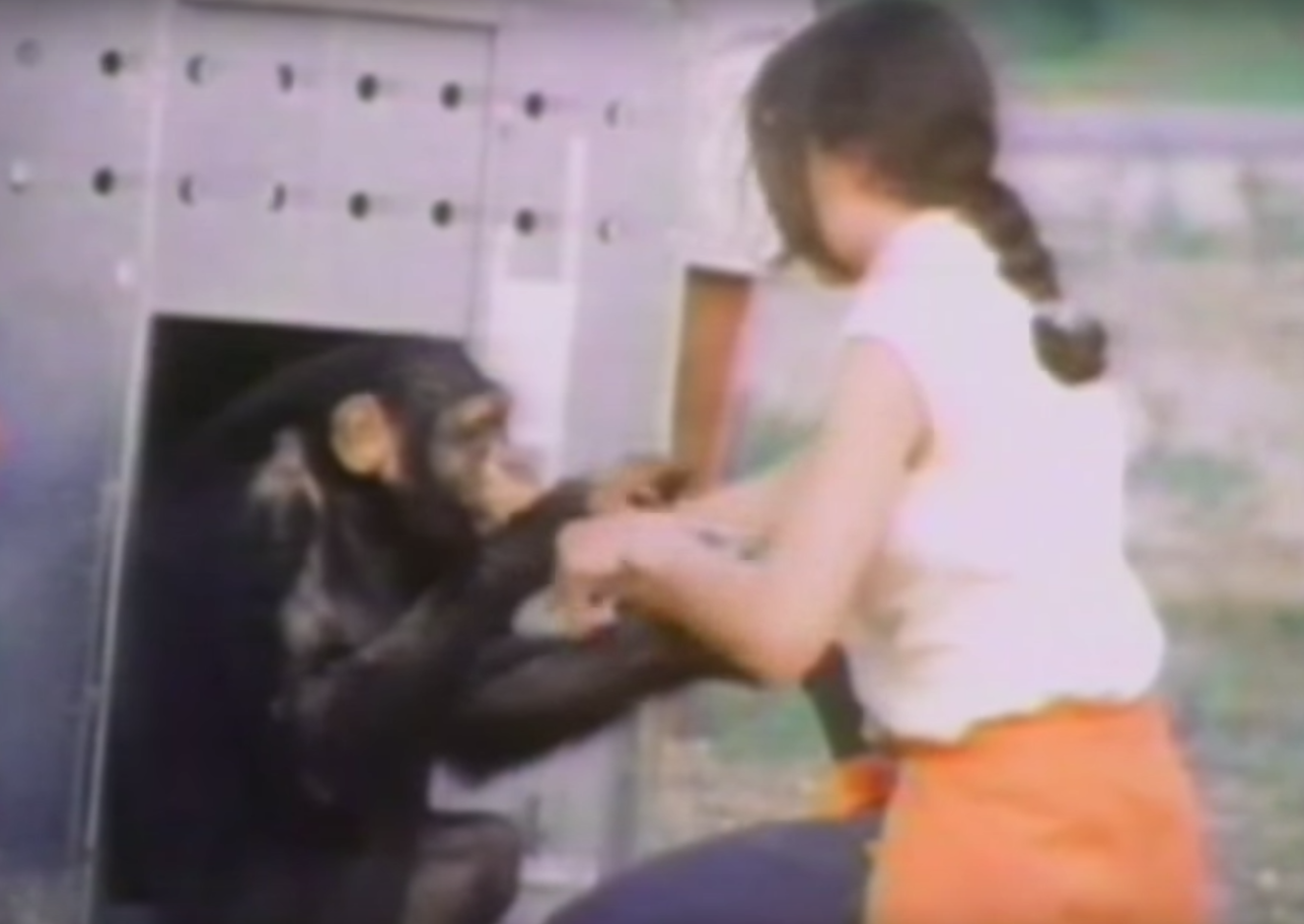 She spent four years with the chimps, teaching them how to survive in the wild after they were released onto a southern Florida preserve. Naturally, they grew a very special bond.

Of course Koebner moved on eventually. 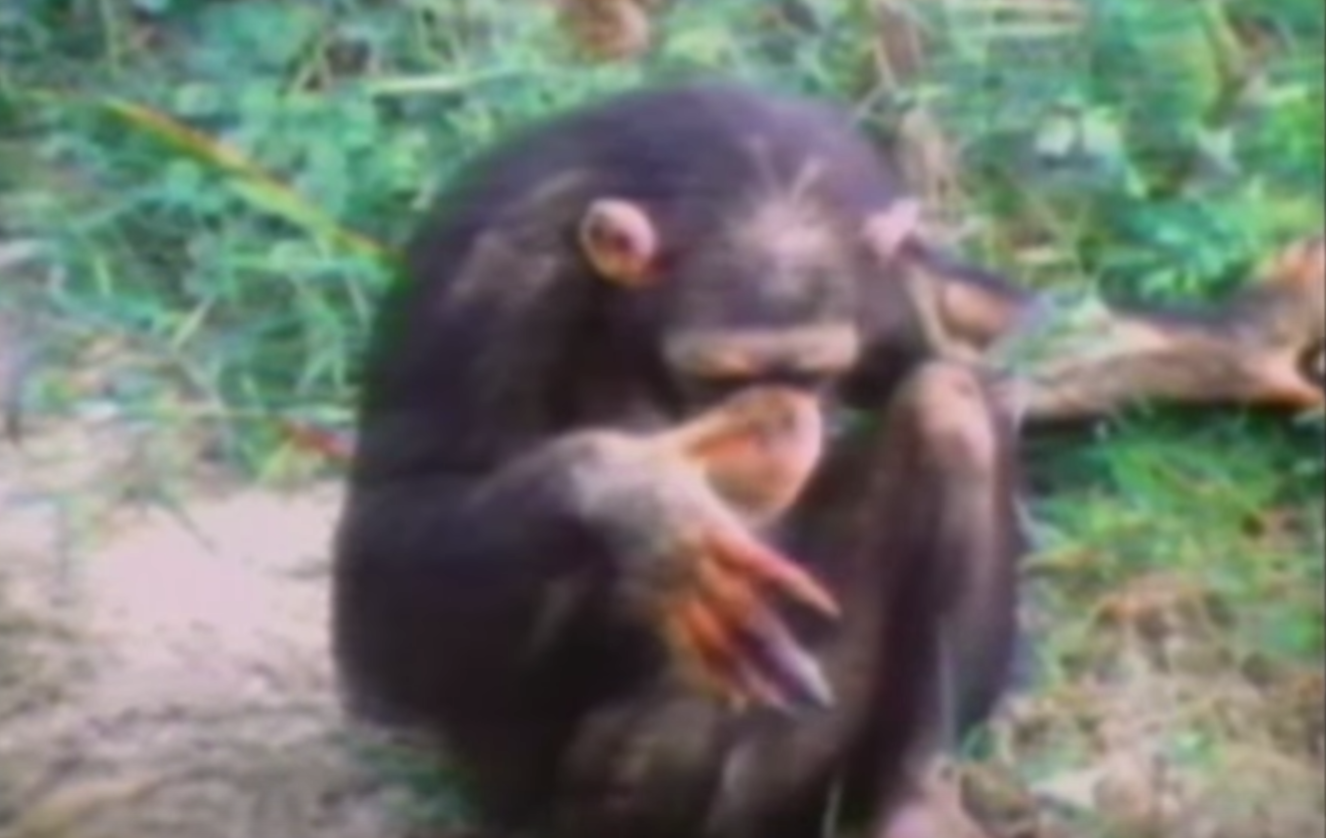 Having been apart for so long, there was no knowing how the chimps would react. Would they remember her? 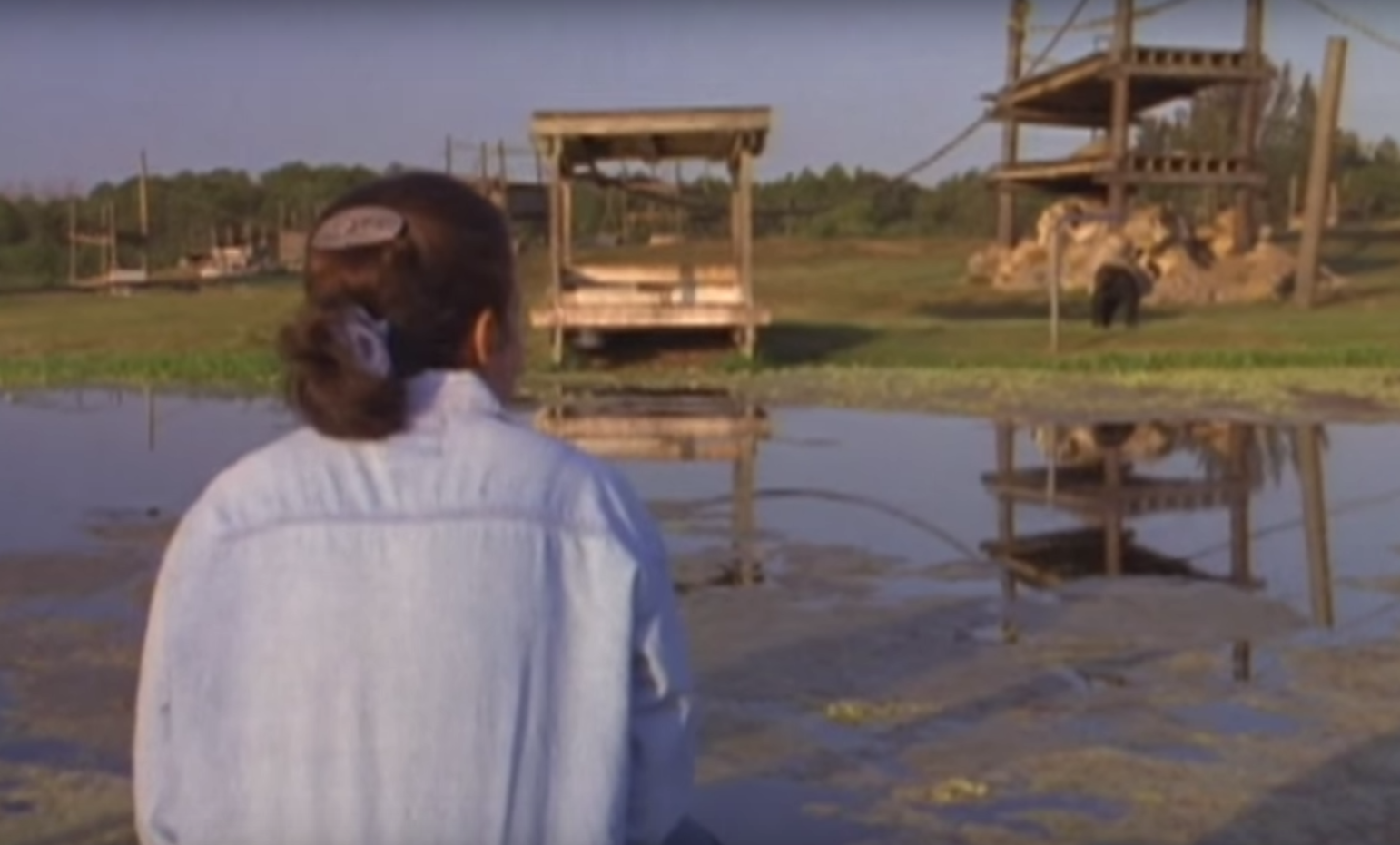 In a truly magical video, Koebner advances gradually, reaching out her arms to the chimps. "Are you smiling? I'm smiling," she says.

And they certainly are smiling! 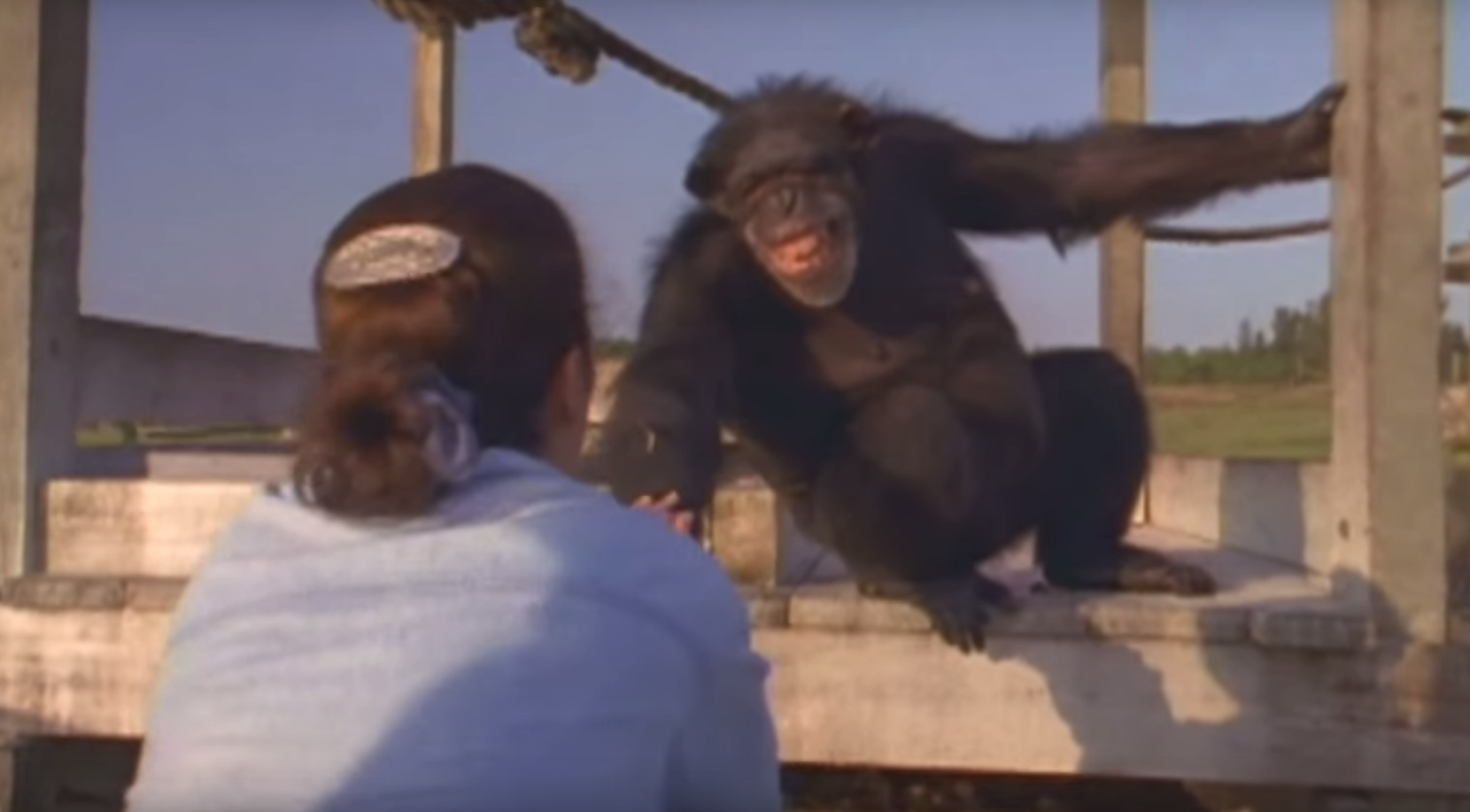 Two chimps called Swing and Doll put their arms around Koebner, embracing her like a lost friend. 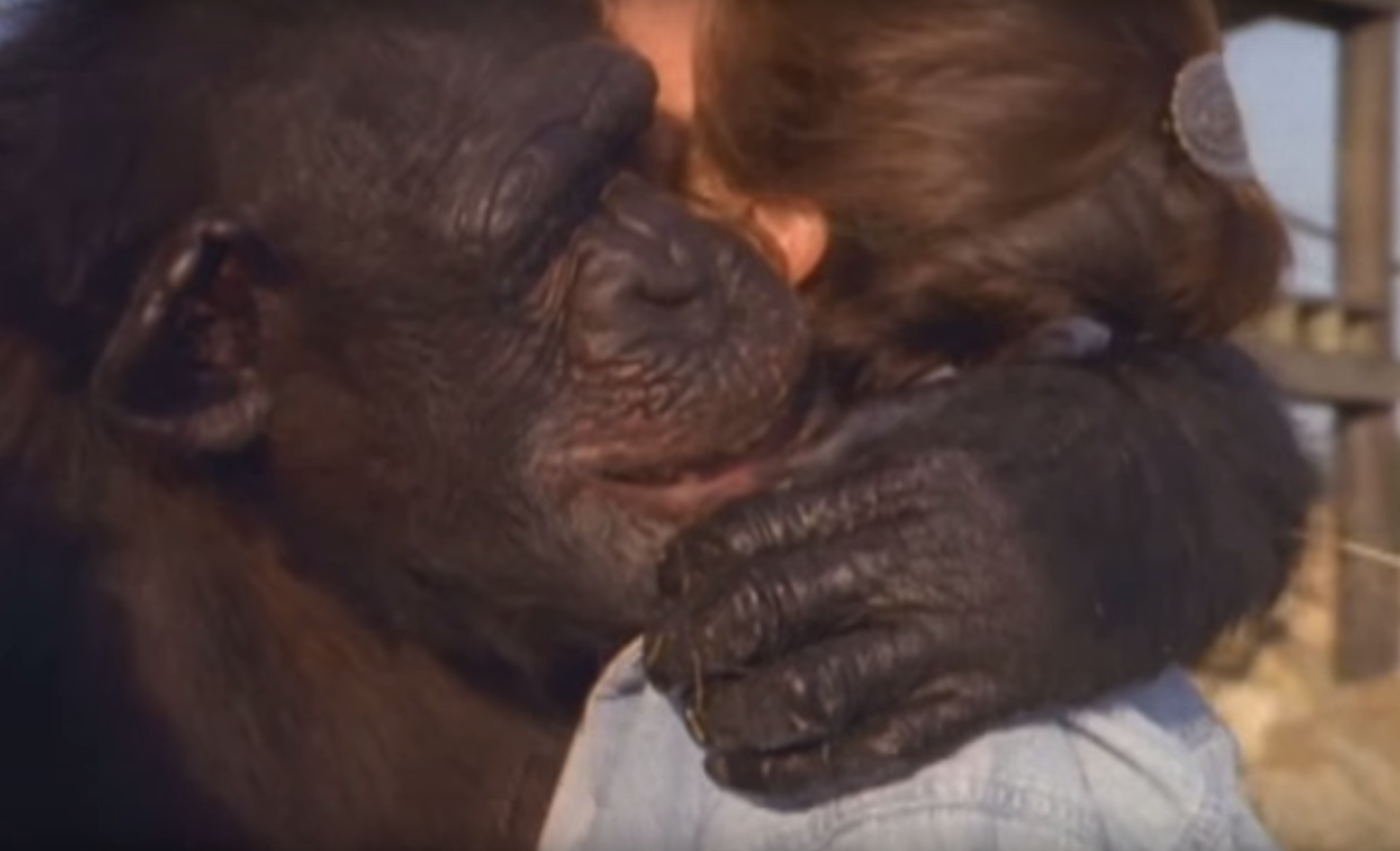 Koebner is passionate about these chimps:

Chimpanzees have provided us so much in this world. So much knowledge about ourselves, about our social lives, about our dispositions, because they are so much like us as beings. 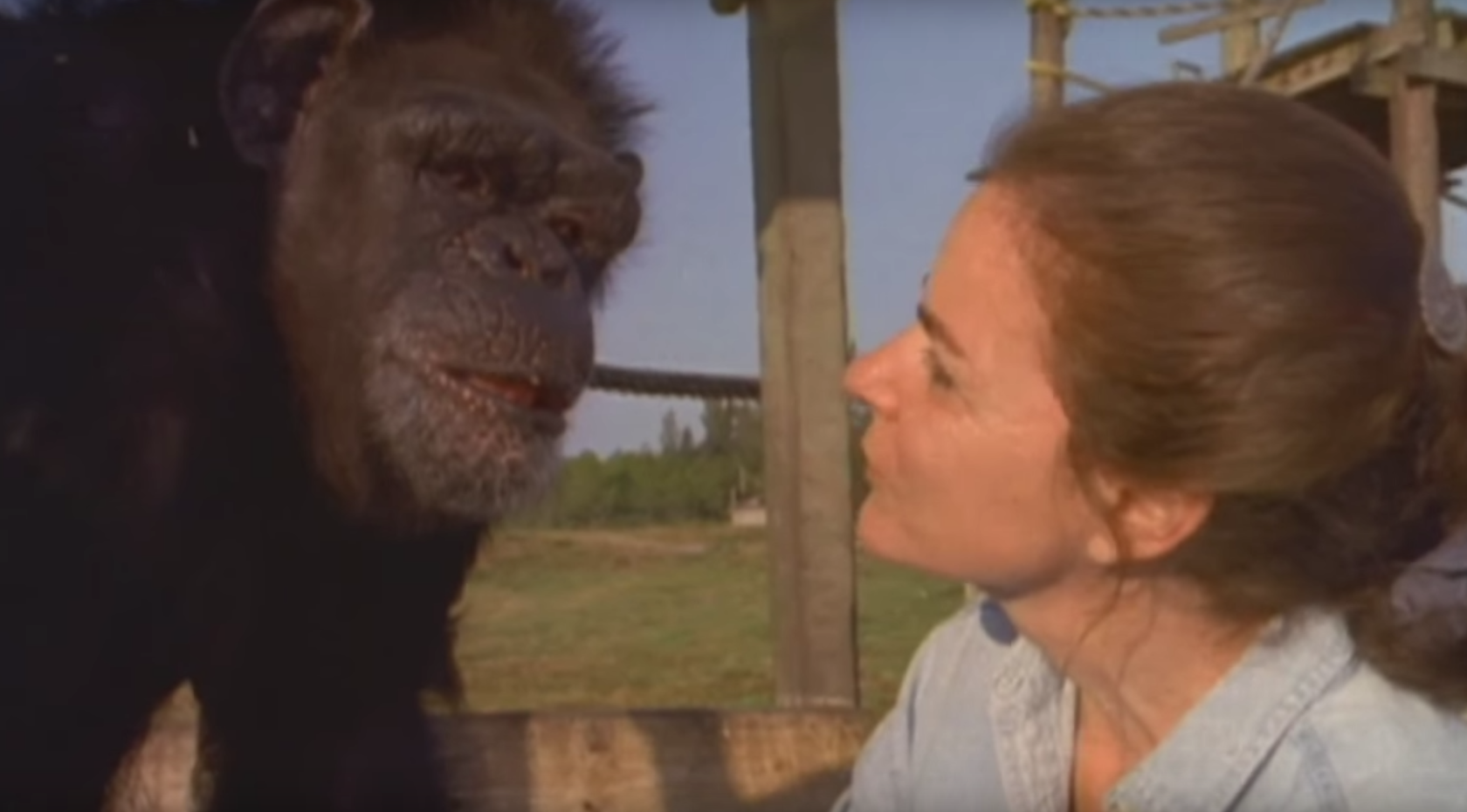 These chimps had been used in labs for hepatitis research, but were released from captivity when the vaccine was found. Since they share such a large proportion of DNA with humans, chimps are often used for this kind of drug testing.

The US was the last country to use chimps for this purpose. Last November, they freed all laboratory chimpanzees, with 50 of the last remaining ones headed for the Chimp Haven sanctuary in Louisiana, founded by none other than Linda Koebner.

Unfortunately, a great number of chimps are still waiting to be saved.

You can support the fantastic work of Chimp Haven by donating here. Or you can donate to Cruelty Free International, who are fighting to ban animal testing and find better alternatives.

We'll let you enjoy the emotional goodbye between Koebner and her chimp pals here: