Olympic skier Gus Kenworthy has helped put an end to a dog meat farm in South Korea, with the help of the Humane Society International (HSI), rescuing the farm's dogs from an awful fate. 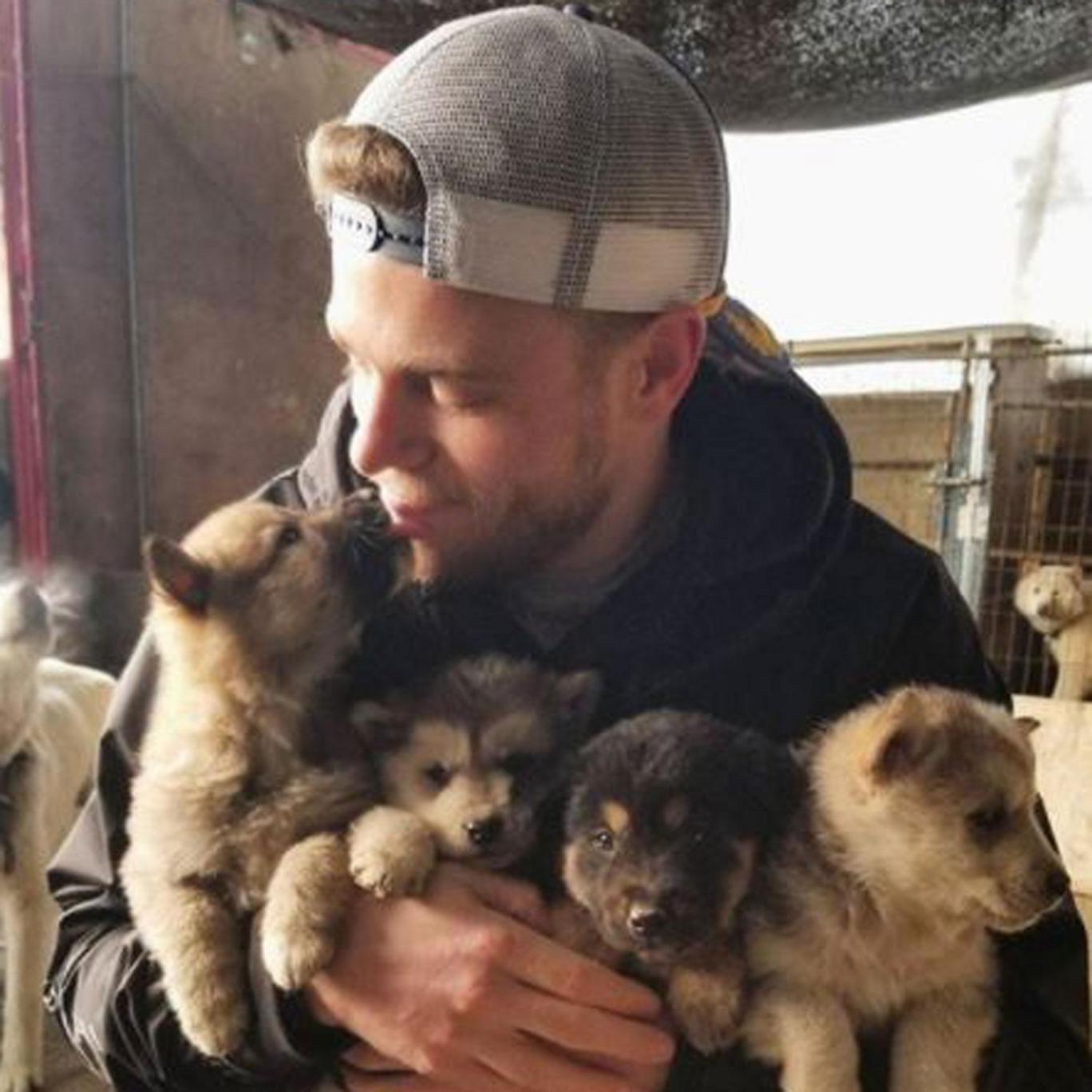 This isn't the first time the freestyle skier has stood up against the cruel dog farming practice, also rescuing five stray dogs at the 2014 Sochi Winter Olympics. He may not have won a medal at this years games, but he has won the hearts of people everywhere with his compassion and kindness. 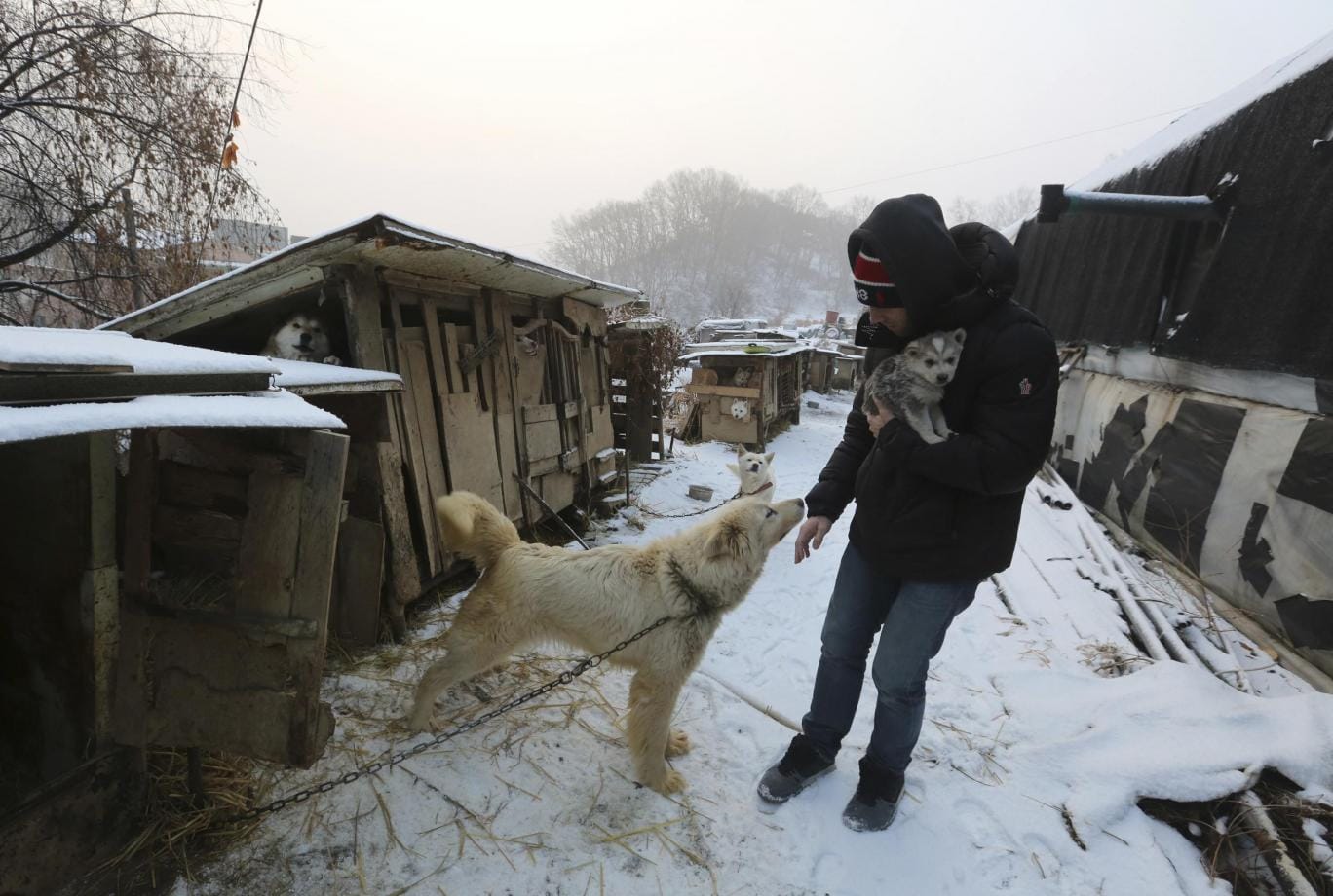 Along with the HSI, Kenworthy managed to convince a farmer to shut down one of the 17,000 dog farms in the country, freeing almost 100 dogs in the process, who are going to be re-homed in the US and Canada.

Kenworthy even decided to keep one for himself, a puppy named Beemo, who will be returning to the US with him as soon as she's through with her vaccinations in a couple of weeks. He said he "cannot wait to give [Beemo] the best life possible". 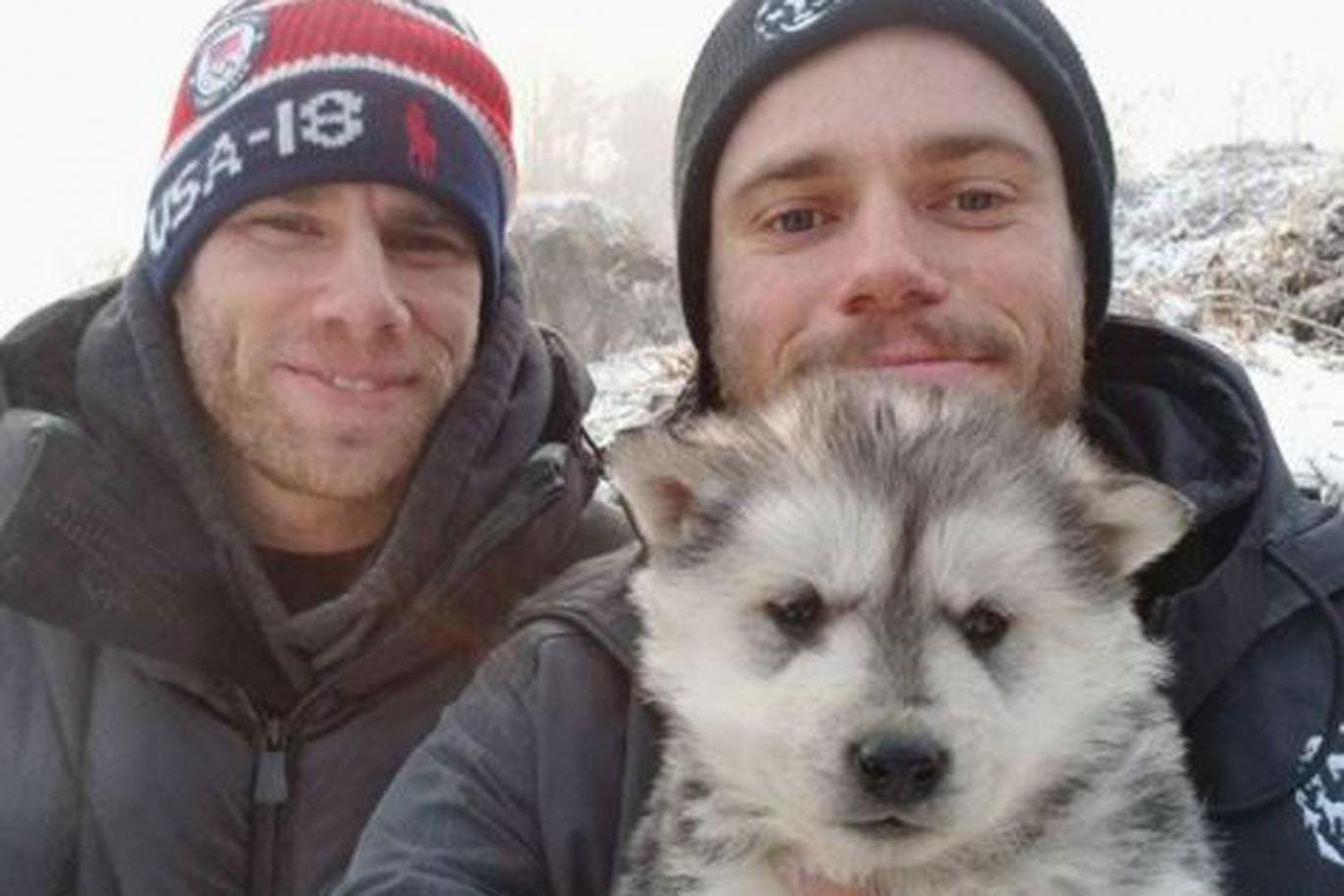 Across the country there are 2.5 million dogs being raised for food in some of the most disturbing conditions imaginable. I was told that the dogs on this particular farm were kept in 'good conditions' by comparison to other farms. The dogs here are malnourished and physically abused, crammed into tiny wire-floored pens, and exposed to the freezing winter elements and scorching summer conditions.

The farmer told the HSI that he never intended to sell the dogs for slaughter but simply had no choice when his collection of pet Jindo dogs kept producing puppies. 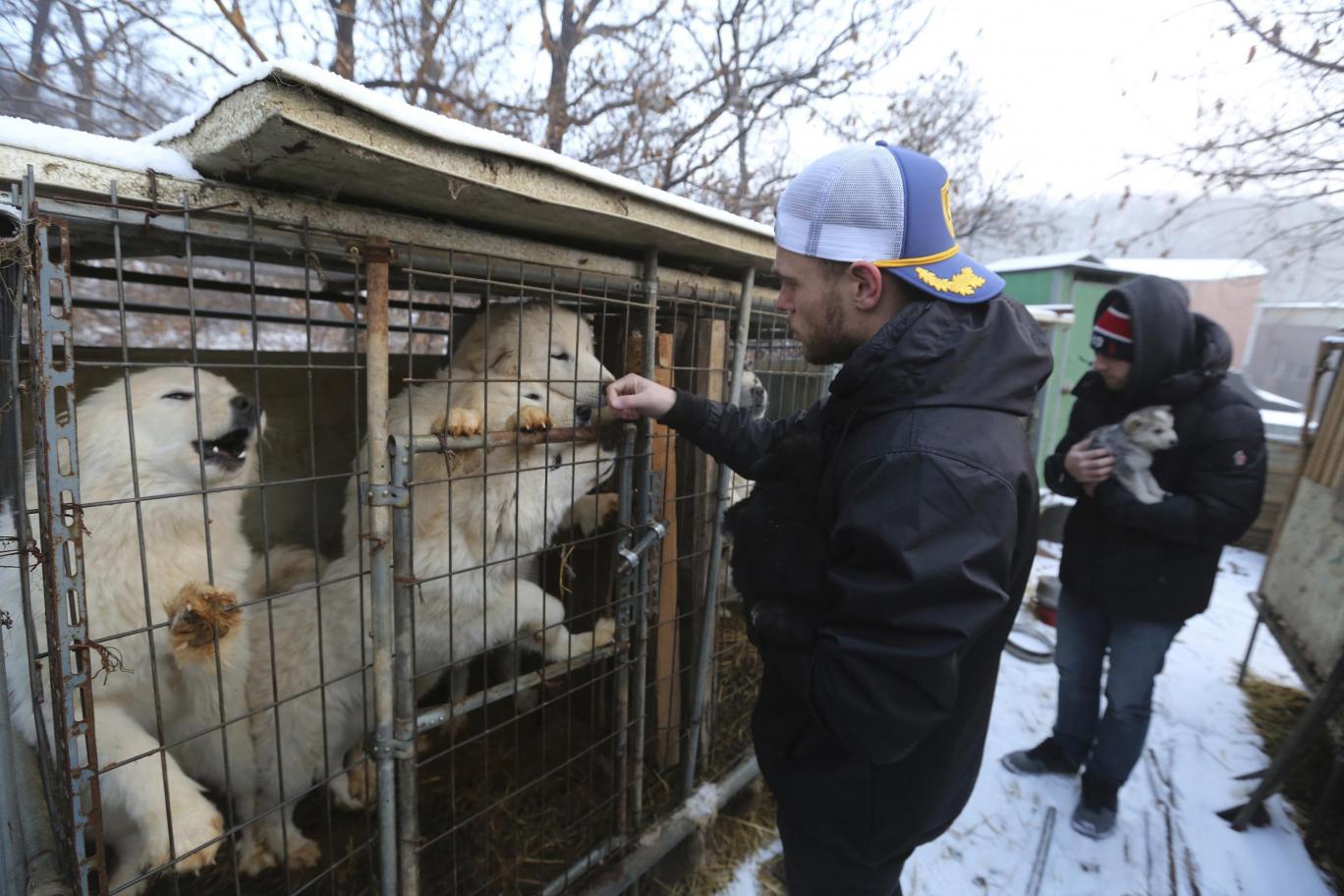 He now intends to farm mushrooms and other plants with the funds he eagerly accepted from the HSI to buy out his farm.

The Games previously came under fire after it was revealed that dog meat was still being served at most South Korean restaurants despite a ban put forward by the government in an attempt to reduce negative press. Eating dog meat is a long-standing tradition in the country but nevertheless remains controversial due to sanitary and animal rights concerns. 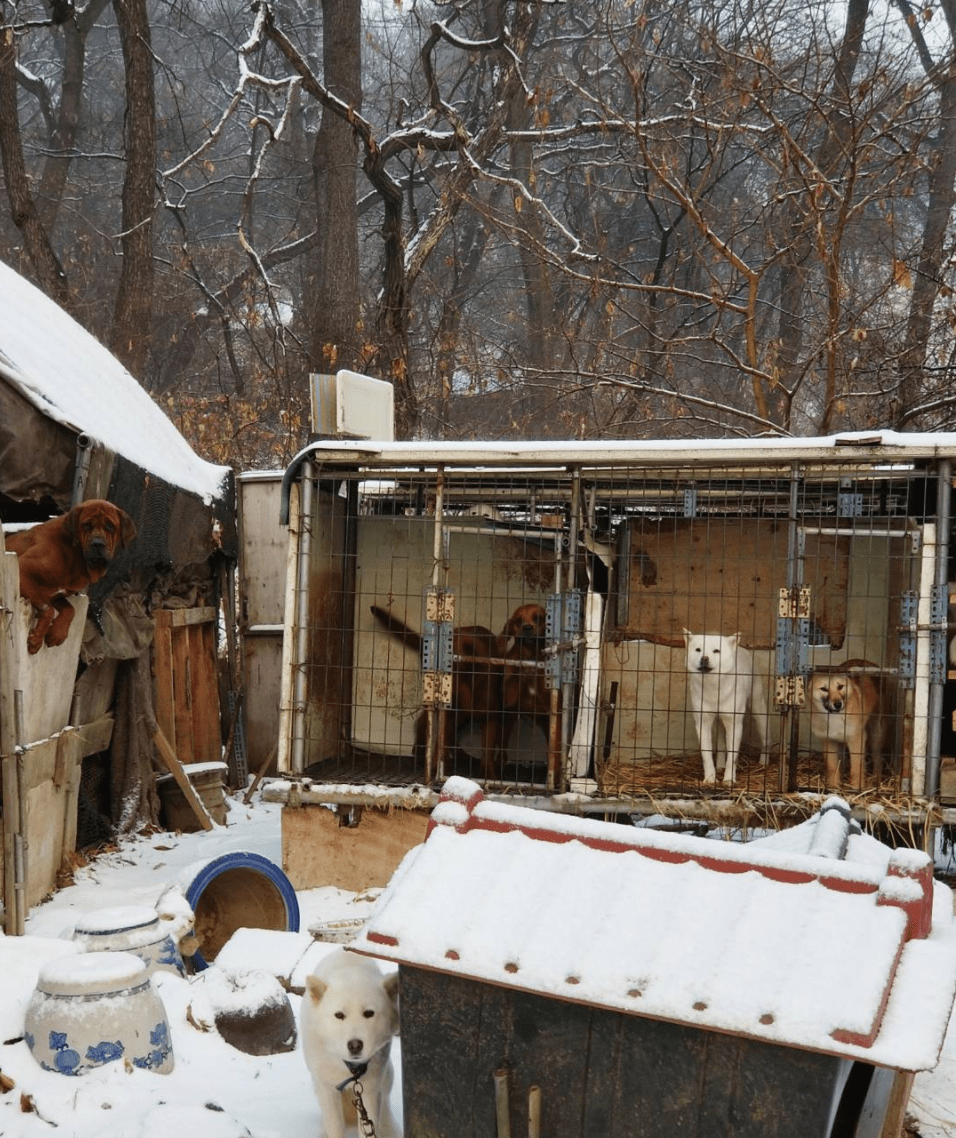 While South Korea adopted its first Animal Protection Law in May, 1991, it never prohibited the slaughter of dogs for their meat, simply banning the killing of animals in brutal ways.

Dog meat consumption has gone down in the past couple of years, mostly due to changing mentalities towards the animal which is being more and more considered like a pet by South Koreans.  However, over  one million dogs a year are still being killed to cater for this cuisine.

Kenworthy isn't the only Winter Olympian to take a stand against dog farming with US skater Meagan Duhamel also rescuing a dog from a slaughterhouse.