Big Major Cay in the Bahamas is one of the most idyllic holiday spots in the world. With its clear blue waters and white, sandy beaches, it is hard to resist. But what makes this destination even more attractive for tourists is that there is a local population of wild pigs who have lived on the uninhabited island for 30 years and love to swim.

No-one knows how the pigs arrived on the island in the first place – one theory is that they were dropped off by sailors, and another is that the government brought them there to attract tourists. One this is certain, however: tourists go crazy to take selfies with these adorable swimmers. 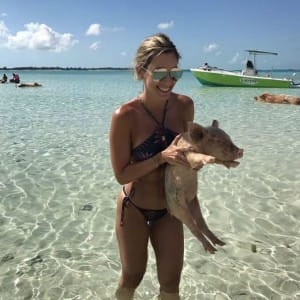 Sadly, last week, the Bahamian government discovered the bodies of more than half a dozen pigs. Officials as well as the Bahamas Humane Society (BHS) are investigating the deaths. The apparent cause of the deaths was poisoning, but the results have not yet been released as to whether or not the poisoning was intentional. BHS President Kim Aranha said:

I understand there are seven or eight pigs still alive.  It could be malicious but I don’t really see why someone would go out of their way to hurt those lovely animals. I know there are a lot of silly sailors that go and feed them alcohol to try and get them drunk but that’s not to mistake them with the tour operators based out of Nassau who have treated them with excellent care. 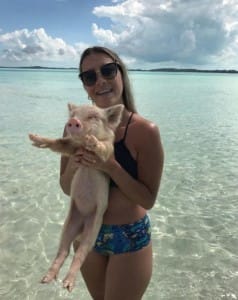 She went on to say that this tragedy "is not good for the economy or tourism because if tourists come and see dead pigs on the beach, it’s not good publicity for us." 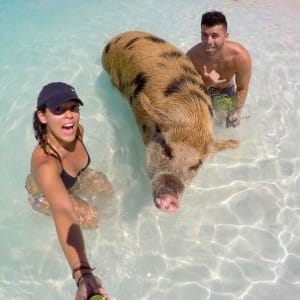 Wayde Nixon, who owns the pigs and is said to have started the colony three decades ago, thinks tourists might be to blame. He told the Nassau Guardian:

Right now it's blowing out of proportion with people, anybody bringing food there, anybody doing what they want to do. We have people coming there, giving the pigs beer, rum, riding on top of them, all that kind of stuff. 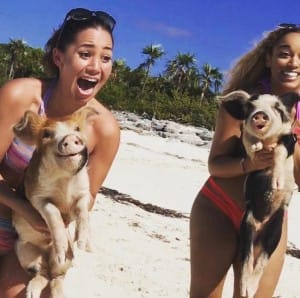 While the investigation continues, one thing is clear – even if it was a tragic accident, the deaths of these pigs highlight an important problem that exists in today's tourism culture. Animal-based tourism does not benefit the animals in any way, and they usually suffer grave consequences. 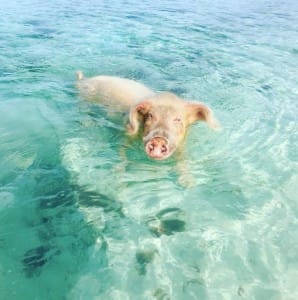 These wild pigs being used to attract tourists can be likened to dancing monkeys, elephant rides or zoos. The animals all suffer for selfies, and this is a tragic end for the pigs who were supposed to live wild and free. The Ministry of Agriculture and Marine Resources is currently looking into banning tourists from the island, which will hopefully stop the abuse of these beautiful animals by people looking for entertainment. 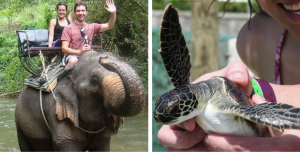