Hobby Ho is a young man from Hong Kong who decided to to launch a multiple week trek through North Africa by bike, to help the local populations and bring them books which he was able to buy thanks to donations. 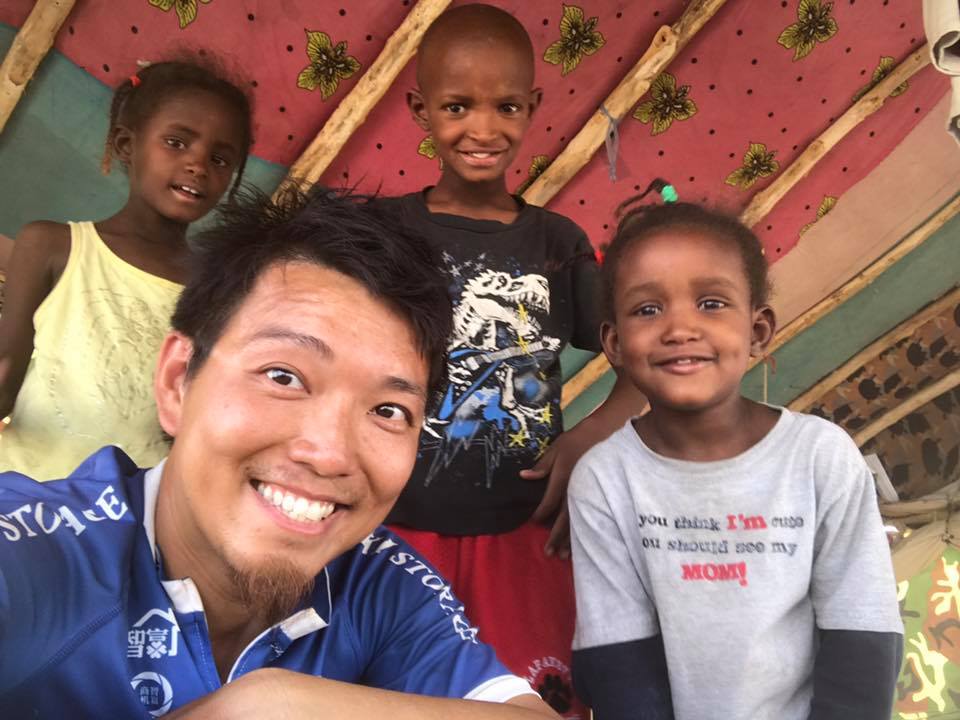 While he was passing through the Moroccan town of Dakhla, in the south west of the country, Hobby had the unfortunate surprise of having his hotel room burglarized, which forced him to extend his stay.

While he walking around the town, he saw something that caught his attention. He explained on his Facebook page:

When I was walking through the town, I was stopped to see her eyes, how she just raised her head, our eyes met at the time as if to stop the time, we held eyes for a while, she began to step by step closer to my feet. 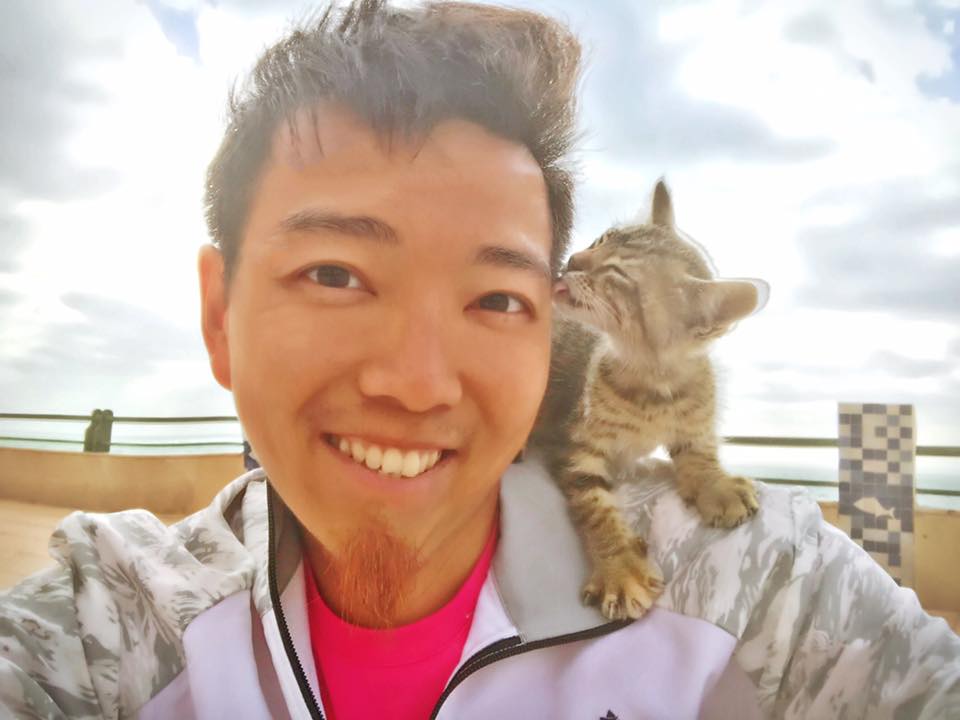 The pair of eyes belonged to a stray kitten, only a few weeks old, who was wandering the streets. Sadly, he couldn't stay and had to return to the hotel. But the next day, their paths crossed again while he was at a restaurant:

I saw her from across the road.  I put the leftovers in my hand and brought it to her, she immediately devoured it.  After eating, I picked her up again, stroking her, found her chest was only ribs, no meat on her bones. The light in her eyes was gone, and she had fleas on her face.

This time he unearthed a pair of tweezers and started patiently removing the parasites covering the kitten one by one. Hobby then learned that the mother of the cat had died, and she wasn't there protect her little ones. 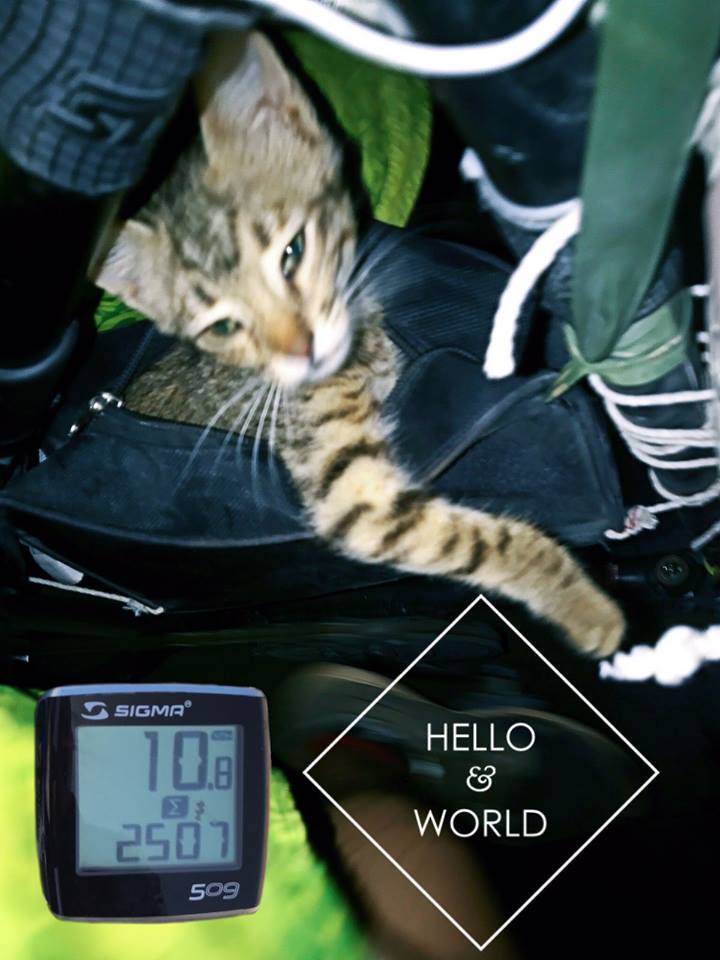 Without hesitating, he wrapped her in his jacket before discreetly bringing her into his hotel room to give her a calm comfortable night. And in hommage to her incredible strength, he named her "Life."

Determined to bring him home, the young man decided to extend his stay so that Life would be old enough to be vaccinated, without which, she would never be allowed in the plane. But he's willing to make sacrifices for the little miracle. 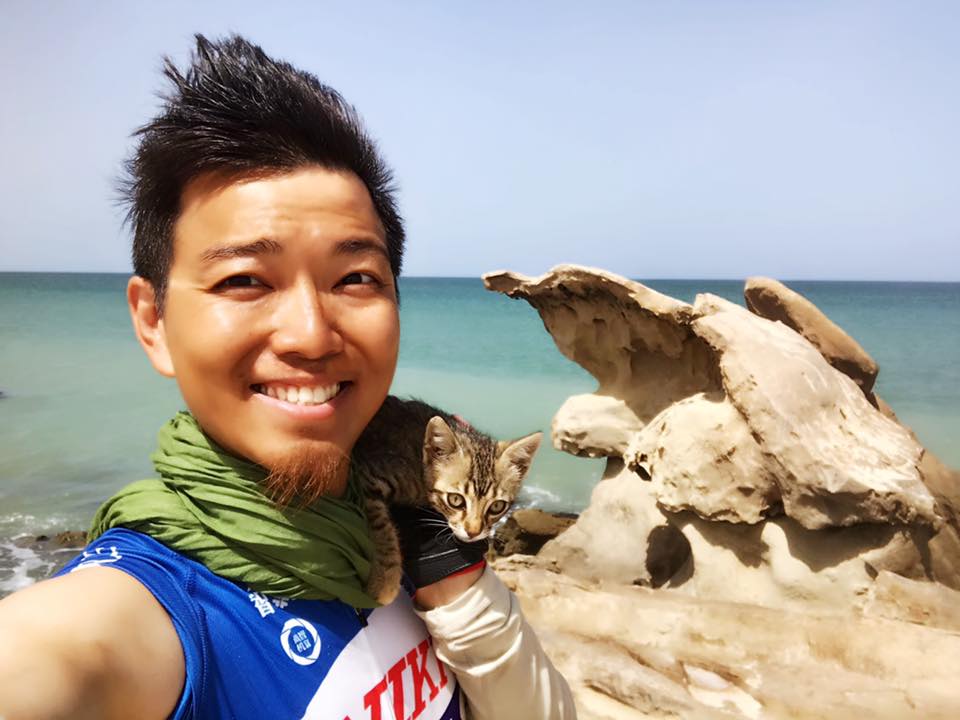