Brought together by their painful pasts, Simon, a one-year-old Collie, and Sammie, a 4-month-old Boxer, met for the first time at a veterinary clinic after being rescued by Rescue Dogs Rock NYC. 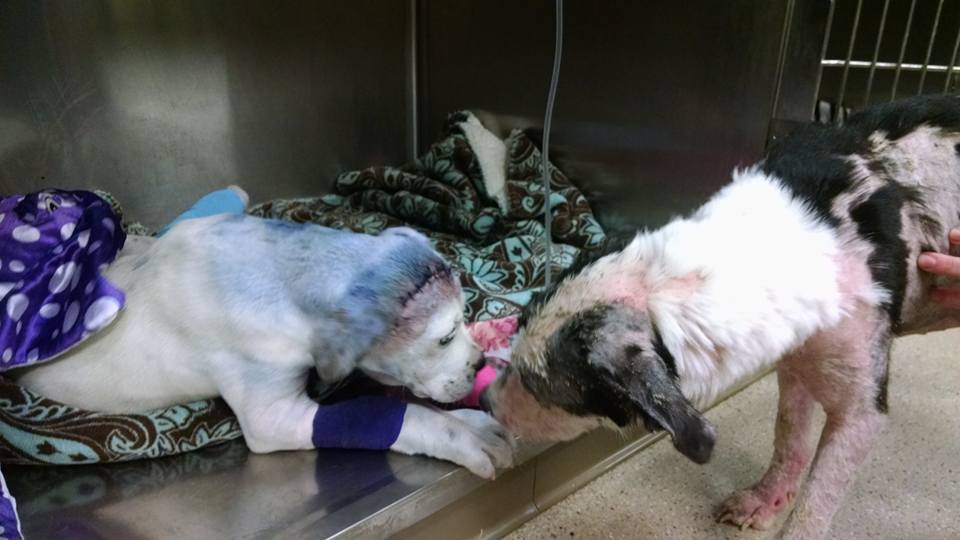 Simon had been at the Paws and Claws clinic in South Carolina for a week before Sammie joined him. 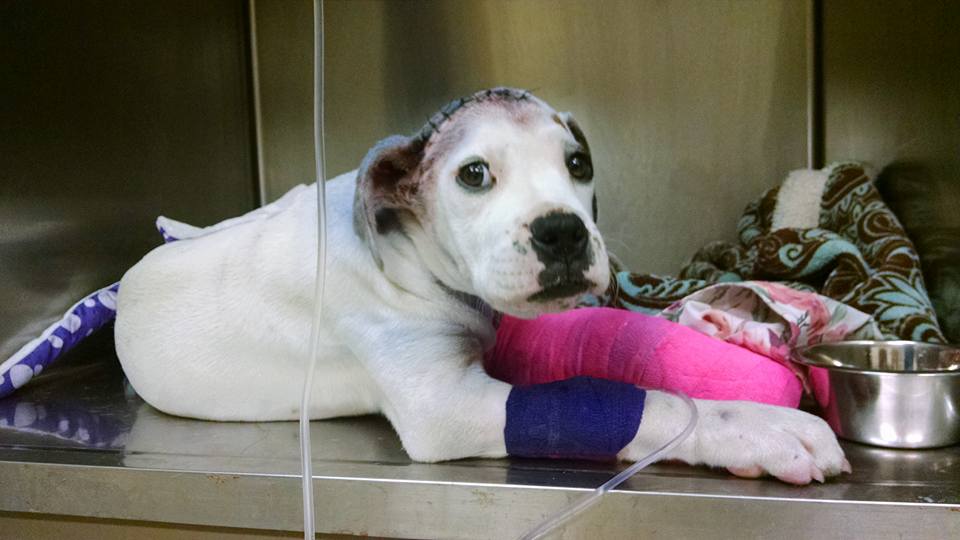 The little Boxer puppy had suffered all kinds of abuse before he was found as a stray in Kershaw County. The vets concluded that he had been sprayed with toxic paint, dragged behind a car and shot in the head by his former owner. 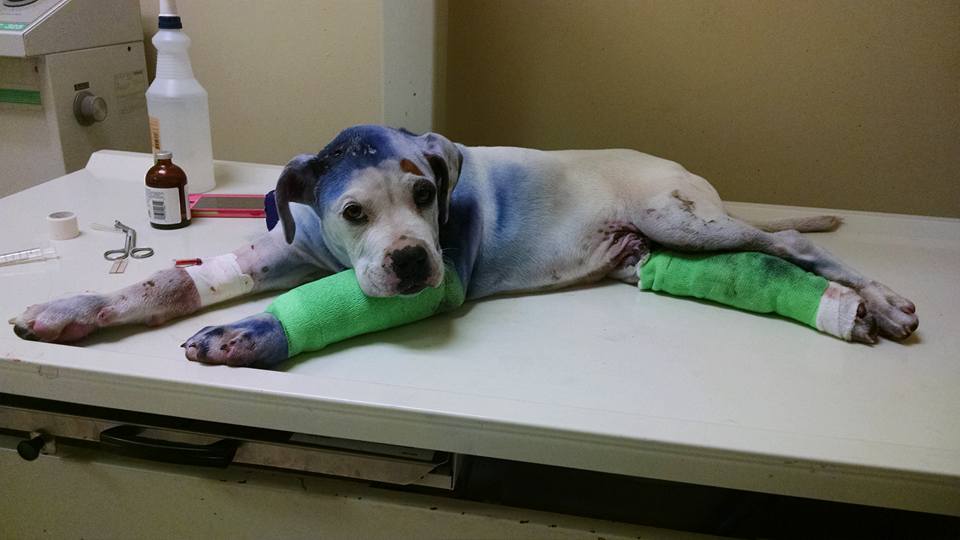 By some miracle, the puppy survived. Upon arrival at the clinic, the poor dog still seemed in good spirits despite his horrific ordeal. Sammie's vet, Nikki Jones, told 10Wist TV:

He was in good spirits, in a sense. He was wagging his tail, but he had barely any energy. He could barely even lift his head, you know, to give us a kiss. 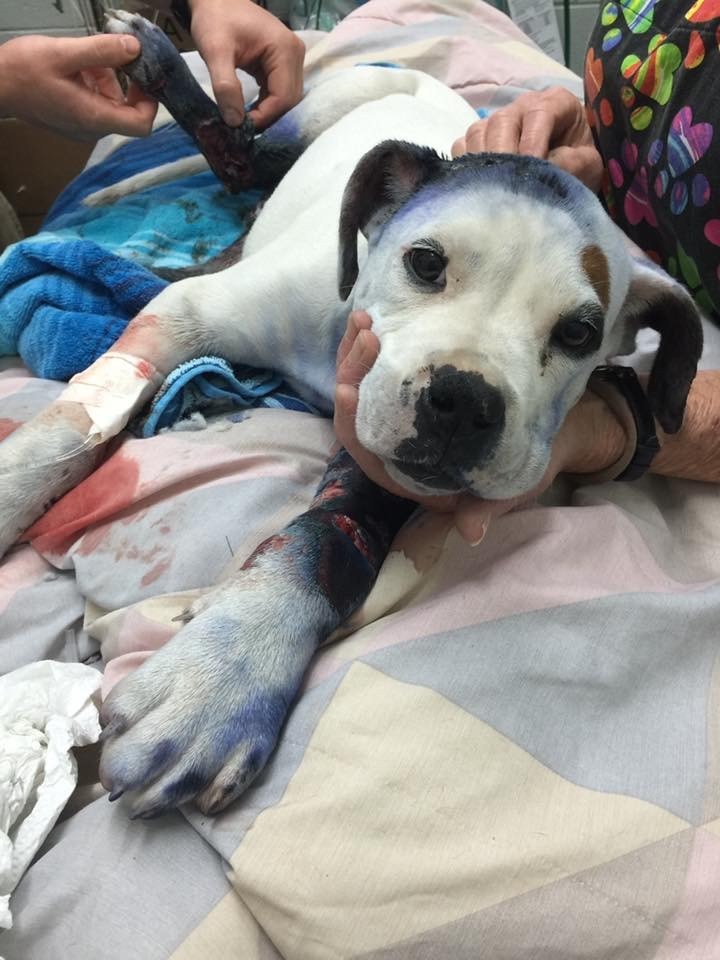 The pup then faced a series of operations, though doctors thought he was unlikely to recover.

When he came around, his cries of distress drew the attention of another patient at the centre: Simon.

Nikki Jones explained how the two of them met:

Simon heard him crying in there and his ears perked up, and he came in and just very gently jumped up on the X-ray table with his one paw and was kind of like, 'Hey, bud. What's wrong? Don't worry. These guys got ya.'

In an incredibly moving scene, Simon approached the puppy, sniffing him and extending his paw, as if urging him not to give up. 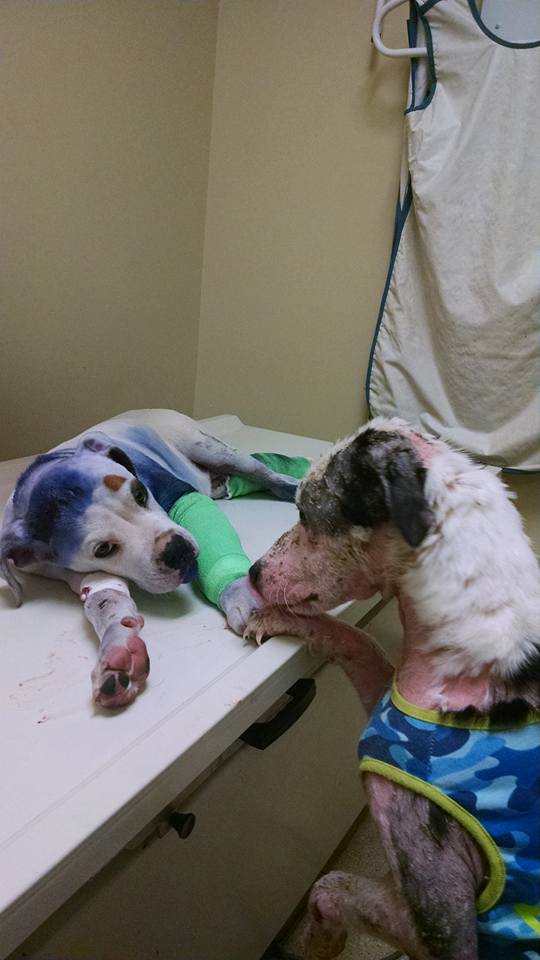 And it seems that Sammie took his encouragement on board. Against all odds, he fought through the critical hours of his life following his operation.

In recent updates, the clinic has explained that Sammie still needs daily care but is on the gradual road to recovery. 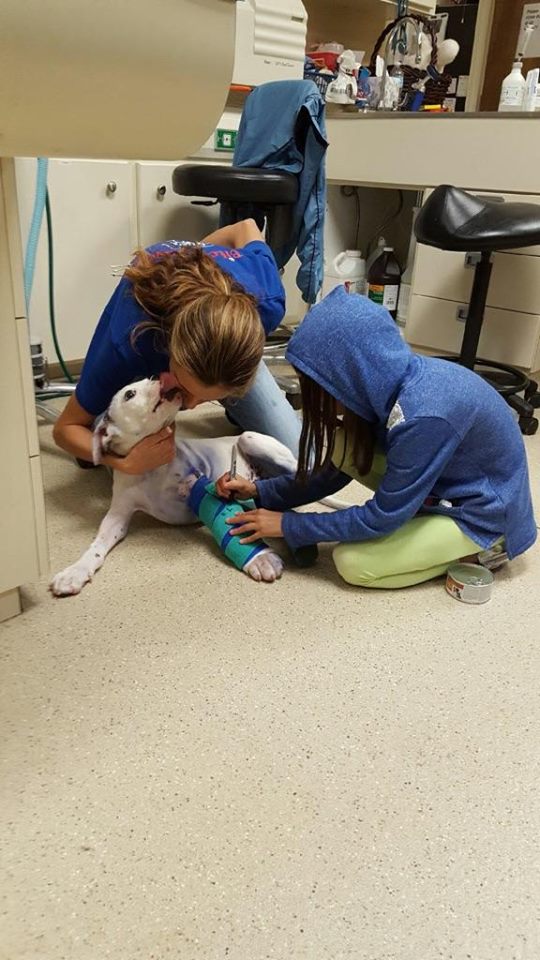 Though Sammie's recovery is thanks to the long and dedicated work of his doctors, Simon the Collie has clearly played a key role.

Ever since they met, the friends have been inseparable, thrilled that they can finally forget their painful pasts with hours of endless fun!

Sammie will stay at the clinic for the next two months before being put up for adoption. In the meantime, he is under the watchful eye of the medical team, and perhaps more importantly, his best friend Simon!

Watch the video of the two of them that melted the hearts of animal lovers worldwide:

If you want to want to help the puppies that are taken in every day by the Paws and Claws Clinic or saved by Rescue Dogs Rock NYC, you can donate to them via their websites.