On March 23rd, a dog managed to slip onto a football pitch while two rival Brazilian football teams were mid-match, reports The Dodo. 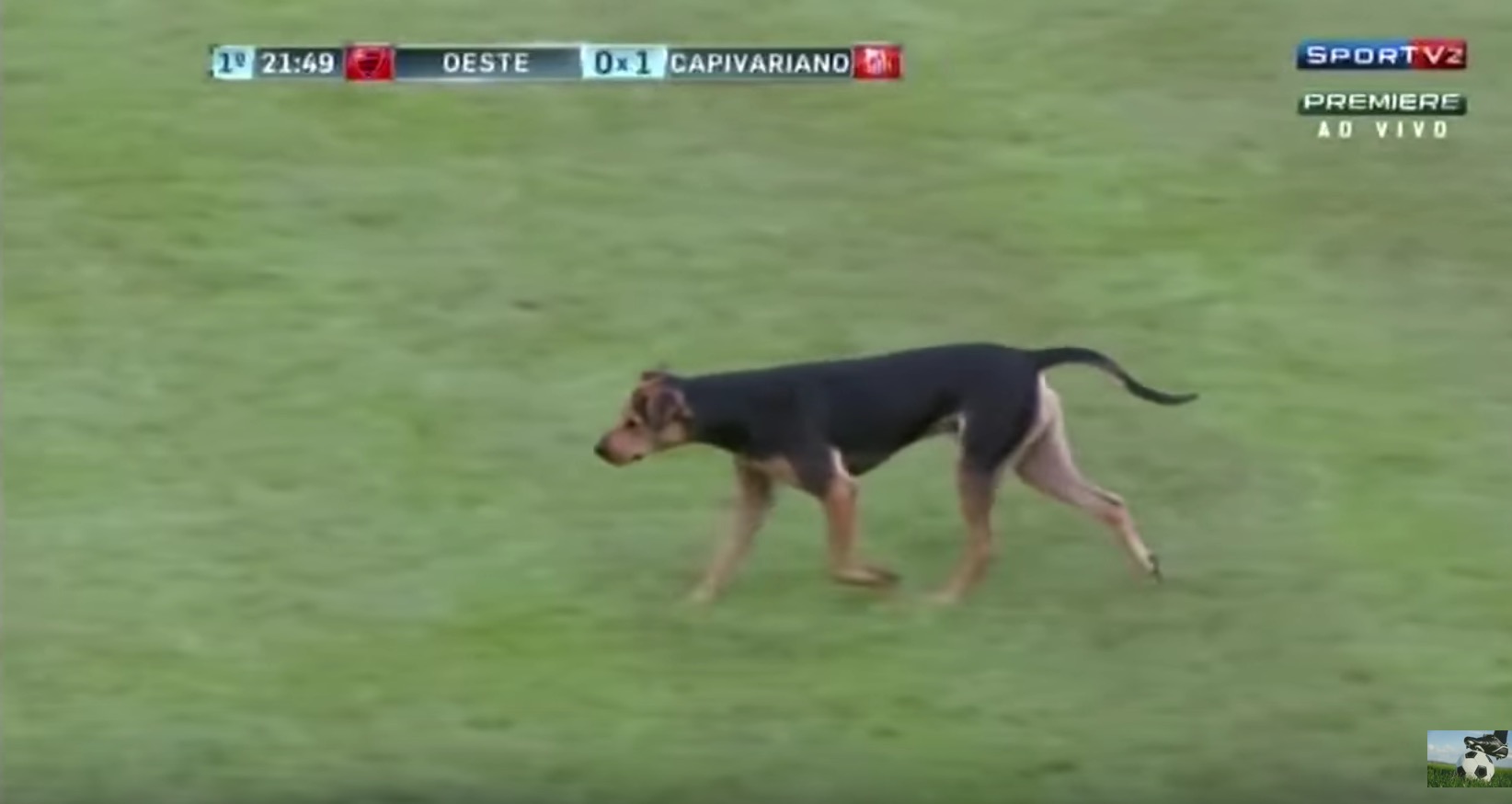 The referee immediately blew his whistle to temporarily stop the game but the whole audience as well as the players were not fussed at all by the dog's interruption. In fact, the players gently stroked the dog before trying to pick him up. 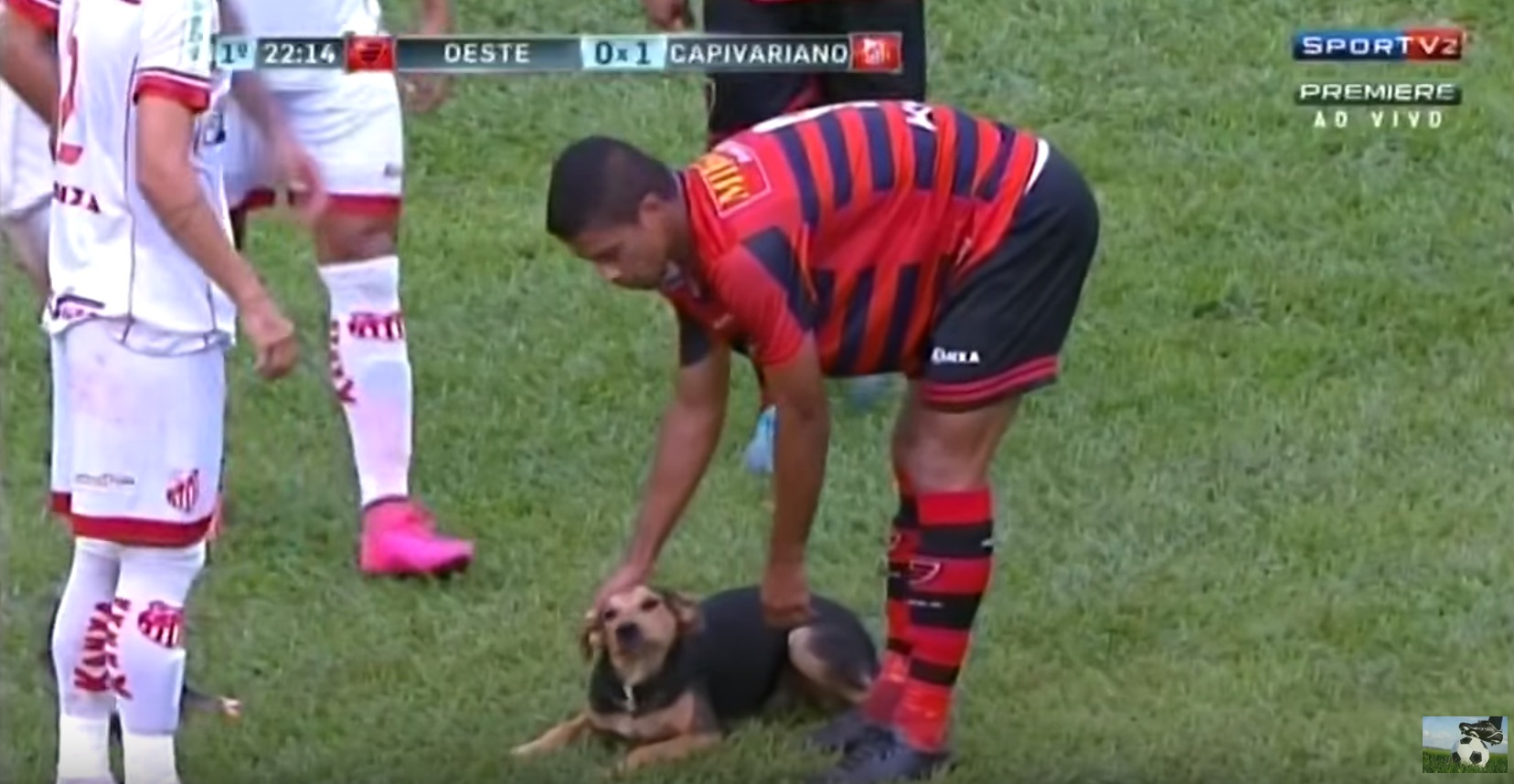 It's not just the players who wanna show talent here, the dog is also a part of the show!

After a few minutes, one player managed to pick up the nervous animal and smiling, he gently carried the dog off the pitch. 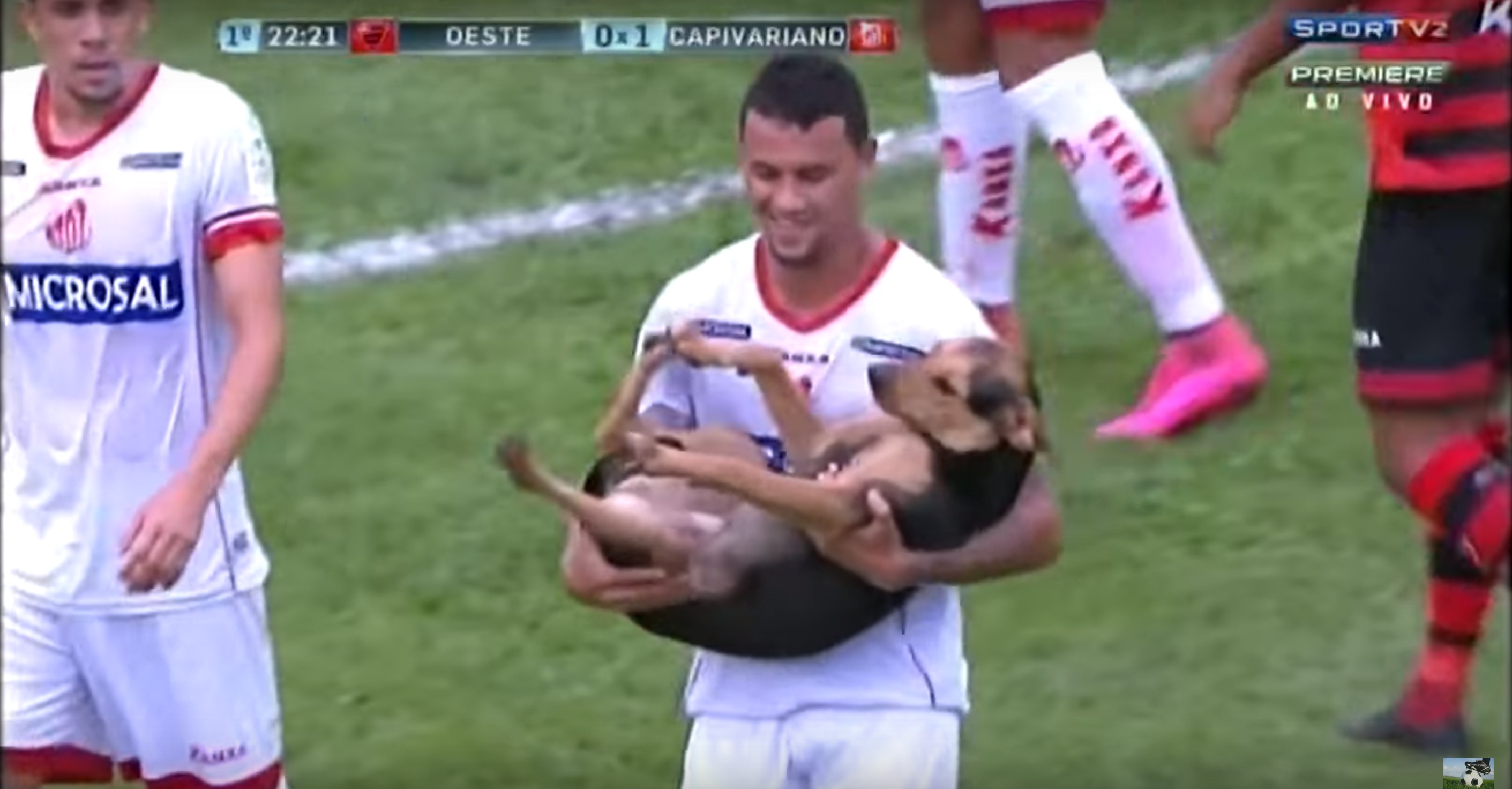 The commentator then used the occasion to send out a powerful message to the spectators:

Be good to an animal, to a dog. It's the least a human being can do to give back for all that they give us.