It’s the story of a dog that has come a long way. Seriously ill and left to fend for himself on the streets of a large town in India, he had the chance to be rescued and put back on his feet again all thanks to a helping hand.

The life of stray dogs in India is a daily struggle. Fortunately a number of associations come to their aid every day. Animal Aid Unlimited is one of these.
When the group’s volunteers found this poor dog, he could barely stand.

Ravaged by mange, his body was literally breaking. 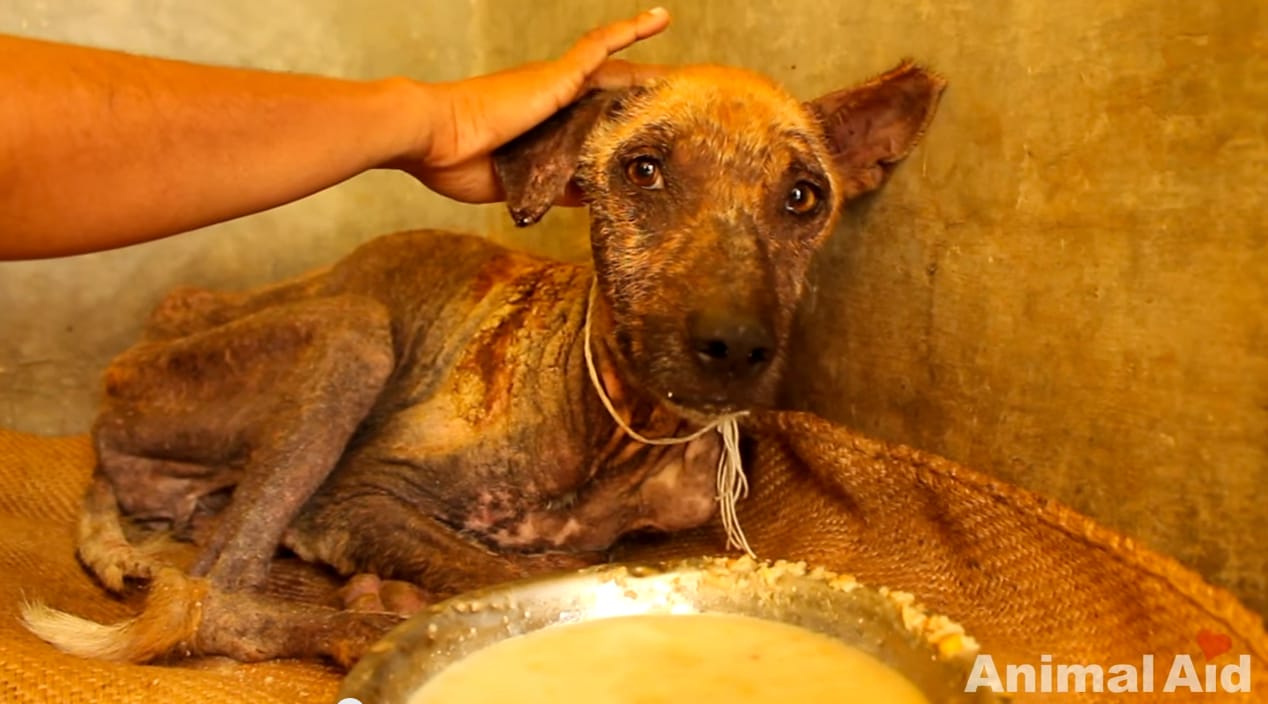 When he arrived he was given a big meal that he quickly devoured. It was then time for his medicated bath. This was the first in a long series that were required to help rid him of his mange.

Affection and cuddles were a distant memory for him and he seemed a little reluctant at first.

But he did it. He gained confidence thanks to the patience of the volunteers.

With six weeks of intensive care his transformation was miraculous.

He rediscovered his appetite, his mange was cured and he made the most of the company of the other dogs in the shelter. They played together and he enjoyed being stroked by his new human friends…

It’s the start of a new life for him. 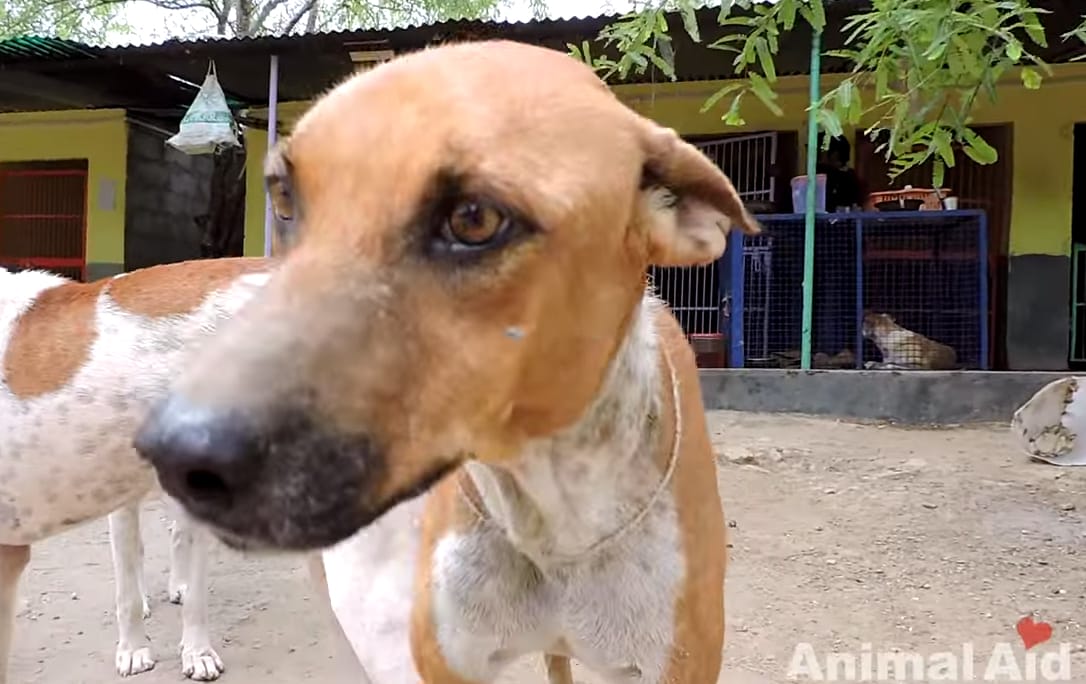 In the UK, you can support charities and associations that help fight against animal abandonment and take care of them in shelters (e.g. The RSPCA and Dog's Trust).