Kotap, a four-year-old orangutan, has had a very difficult life. He was torn away from his mother in West Borneo when he was only a baby and went on to be sold as a pet and kept in terrible conditions.

The primate was held captive in a wooden cage and kept in total darkness for years. 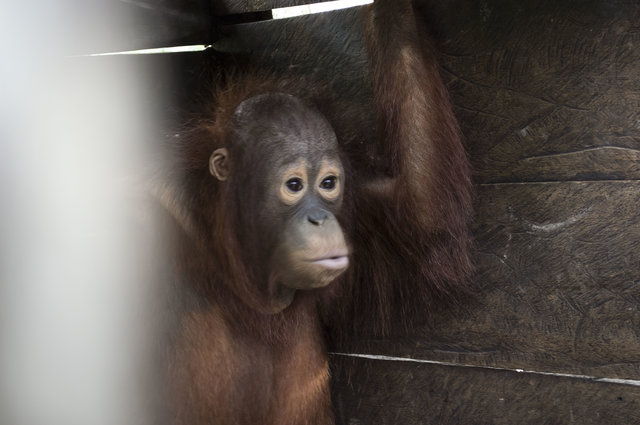 Sadly, Kotap's fate is all too common for orangutans. It is likely that his mother was killed so that he could be someone's pet. Others are captured and sold on the black market and none go on to live in the wild where they belong.

Luckily for Kotap, his nightmare ended when International Animal Rescue, an animal welfare association, along with the Borneo forestry department finally came to his rescue. 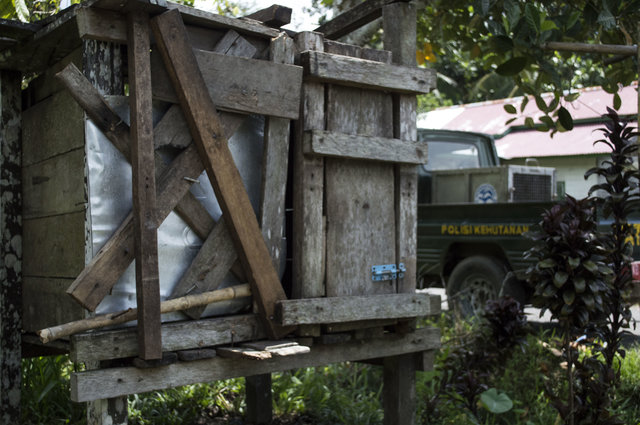 The primate was in bad health after years of maltreatment. He had been fed raw instant noodles and sugary drinks, a horribly unhealthy diet for an orangutan. Lis Key, director of public relations for the IAR, explains:

Feeding an orangutan on human food can cause multiple health issues, leading to bone deformities, stunted growth, malnutrition, skin conditions … as well as obesity and diseases such as diabetes. Plus foods that are high in sugar cause dental decay, just as they do in people, causing terrible pain and leading to the animal having to have dental surgery and tooth extractions.

The man who kept this poor animal captive confessed that he kept Kotap prisoner in a closed wooden cage in order to stop him from disturbing their neighbors, but Lis Key suggests that the truth lies elsewhere:

As orangutans get older, they become bigger and stronger and, while they are never suitable to be kept as domestic pets, that becomes increasingly obvious as they grow from cute, hairy babies into the wild animals that they are. So it’s perhaps likely that the man confined Kotap to the box for more than one reason — to prevent him from causing disruption around his neighbors, and also to contain his behaviour and protect his family within his own household. 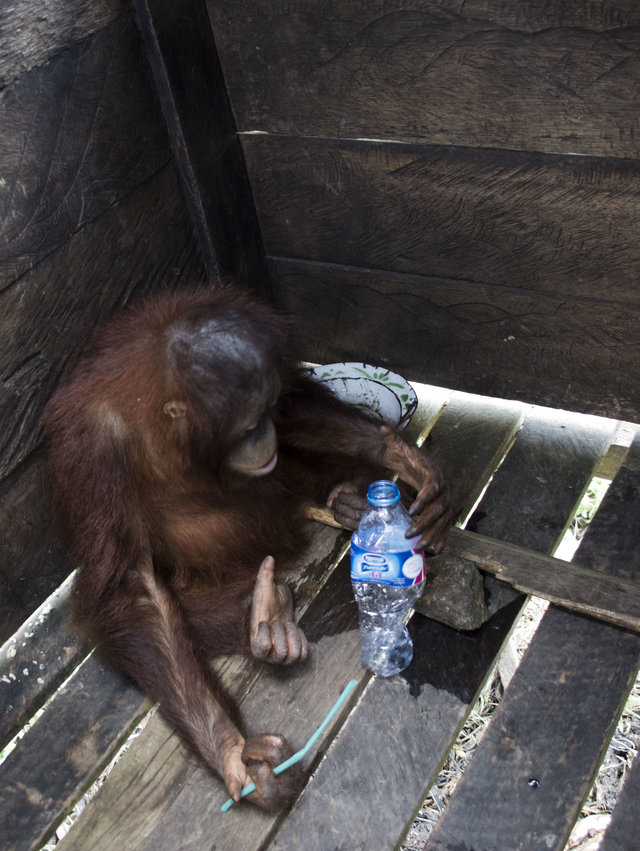 Luckily, Kotap is now in good hands and is receiving all the care that he desperately needs. The team from IAR hopes that he will one day be able to return to the wild after a long rehabilitation program.

Bornean orangutans like Kotap are classified as 'critically endangered' by the International Union for Conservation of Nature (IUCN). These primates are suffering gravely from the effects of deforestation, mainly for palm oil, and as a result of trafficking in which they are sold as pets. 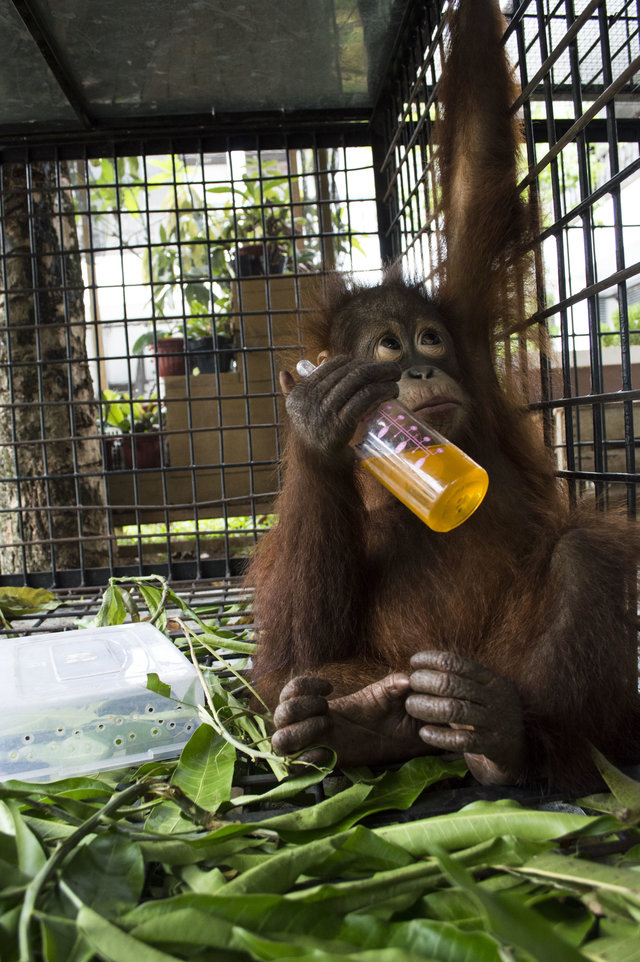 If nothing is done, in only ten years orangutans will have become completely extinct.

To support the IAR and help them to continue their amazing work, you can make a donation by clicking here.