Violet, a two-year-old dog, was finally freed from her horrific ordeal in December 2016. The poor animal had spent her entire life with a chain around her neck until she was rescued by the Animal Welfare Coalition of Northeastern New Mexico. 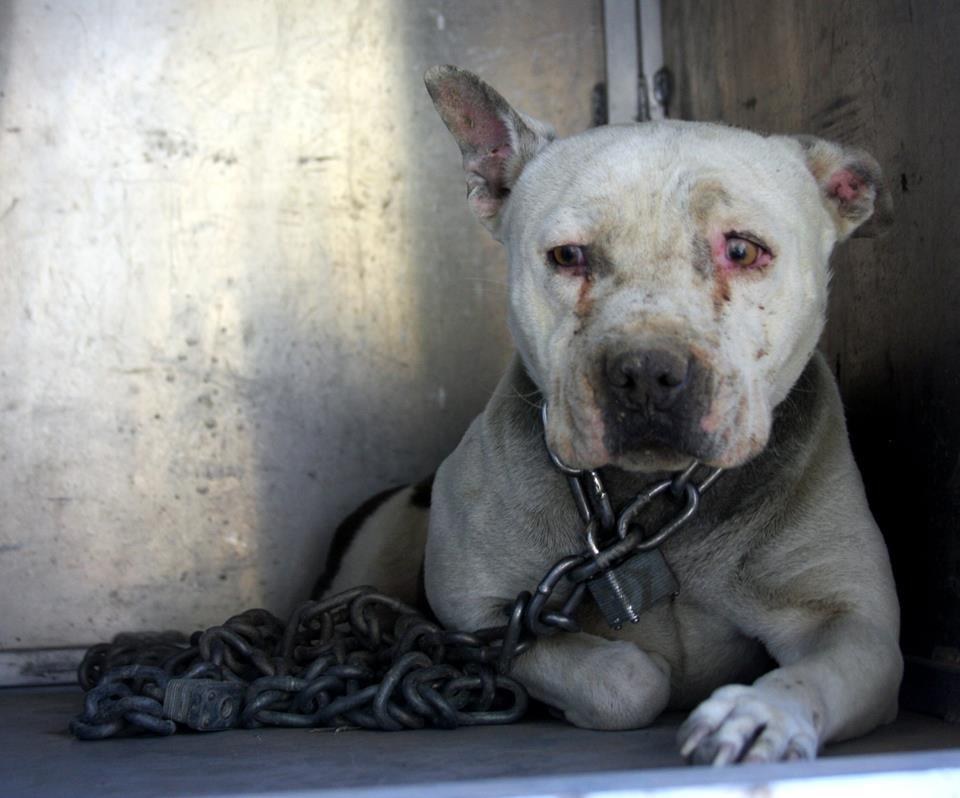 The association was contacted by a local resident who spotted the terrible conditions that the canine, along with four other dogs, was forced to endure in Miguel county, New Mexico.

They immediately notified the sheriff's department who set off to find Violet and the other animals who had all been kept in deplorable and illegal conditions. It is against the law in the state of New Mexico to keep a dog chained up outside without their owner present. 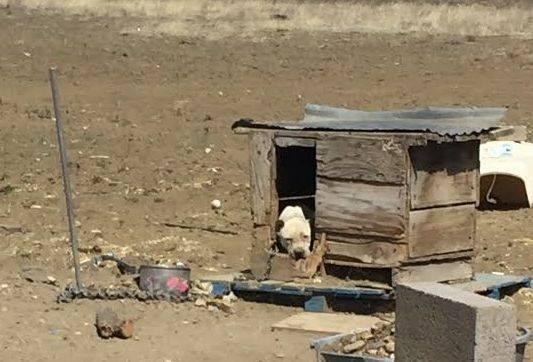 Angela Stell, the founder, and director of NMDOG, an animal welfare association which specializes in dog rescue, explains:

[…] they found that the guardian of the dogs was in jail on unrelated charges, and he was not on the property able to provide daily care that these dogs needed.

NMDOG took Violet and the several other dogs under their care and rushed them to a veterinary center.

Violet's skin was badly sunburnt and the neglected animal was suffering from myiasis, a subcutaneous infection caused by maggots. 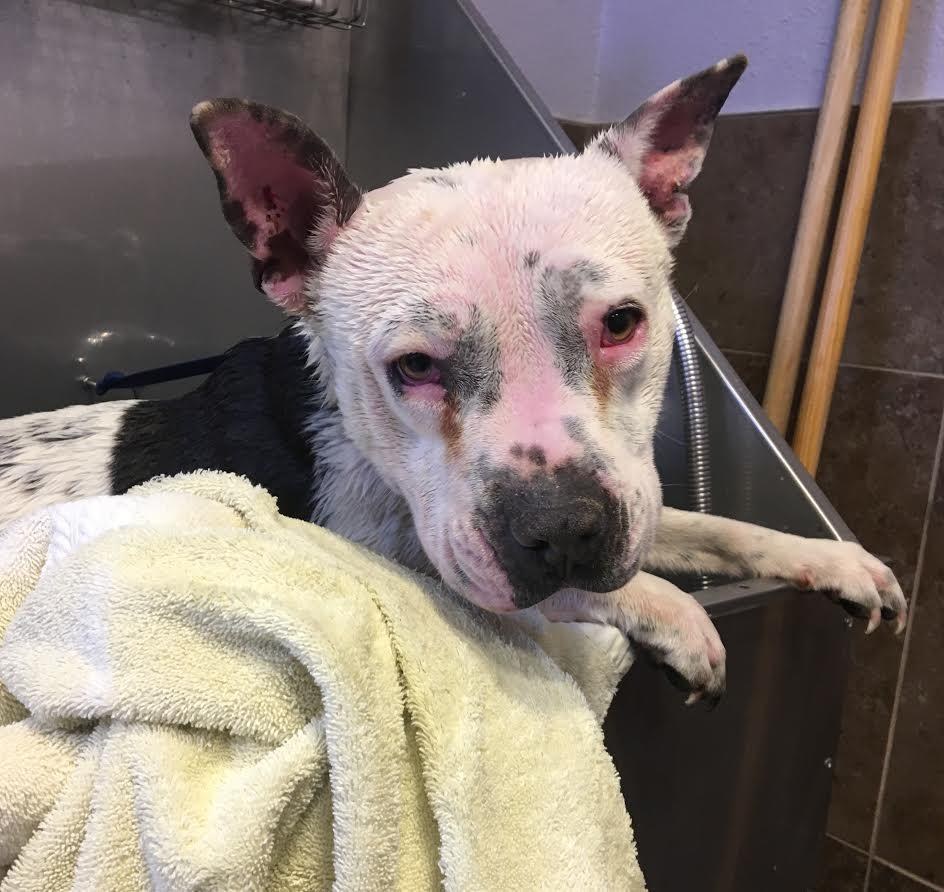 Despite everything she had been through, the canine was in relatively good physical health, but she still suffered some psychological consequences of such neglect and abuse. Angela describes:

She was very, very afraid, and is still a little timid. If you raise your hand to do something, or move your hand too fast, she kind of ducks and cowers, like you're going to hit her. I can't imagine what somebody did to make her do that. But she is coming around with nice words and good, positive interactions. 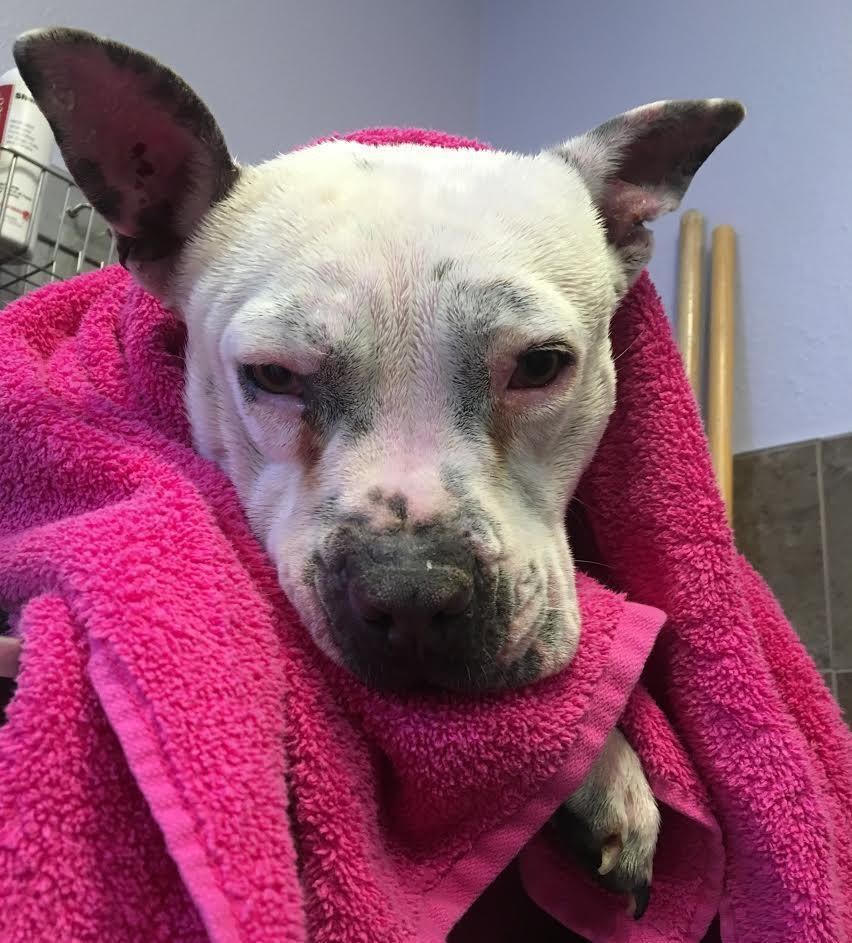 Slowly, Violet is learning to trust people again. She particularly enjoys snuggling up with her cuddly toys and going out for walks.

She is finally free to explore the world around her, far away from the confines of her old kennel. 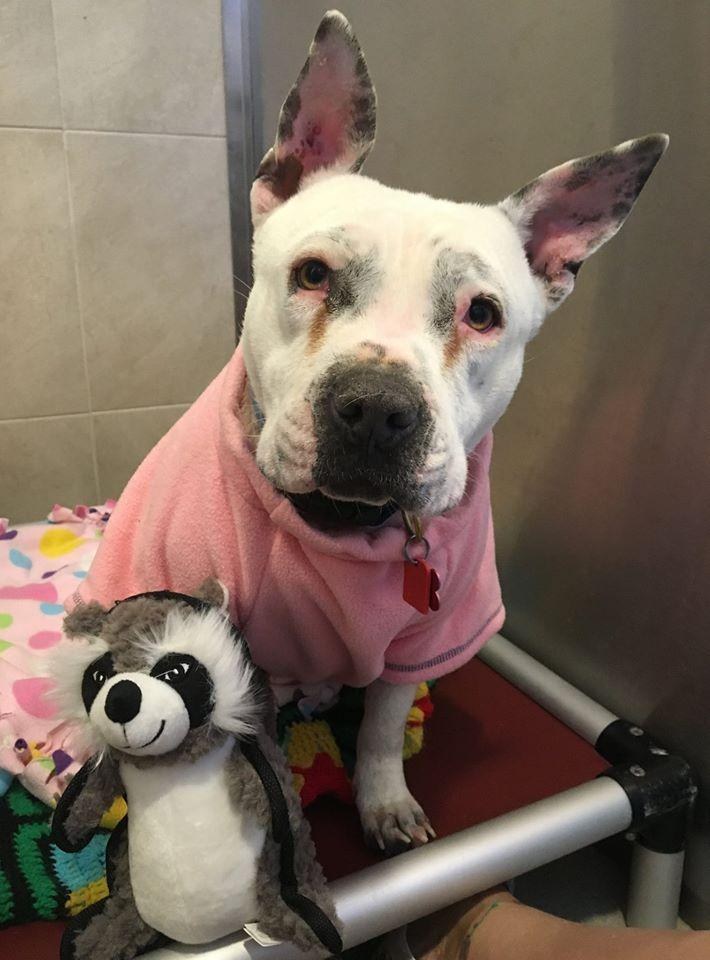 Violet still has a long way to go on the road to recovery, but as soon as she is strong and healthy enough, she will be put up for adoption, ready to find a loving home. Angela concludes:

She needs a home that will treat her as a member of the family, and keep her inside with them the majority of the time, because she's really going to be prone to sunburn.

The adorable dog will surely not be without adoption offers and should go on to find a forever home where she can spend the rest of her life showered with all the love and attention that she deserves. 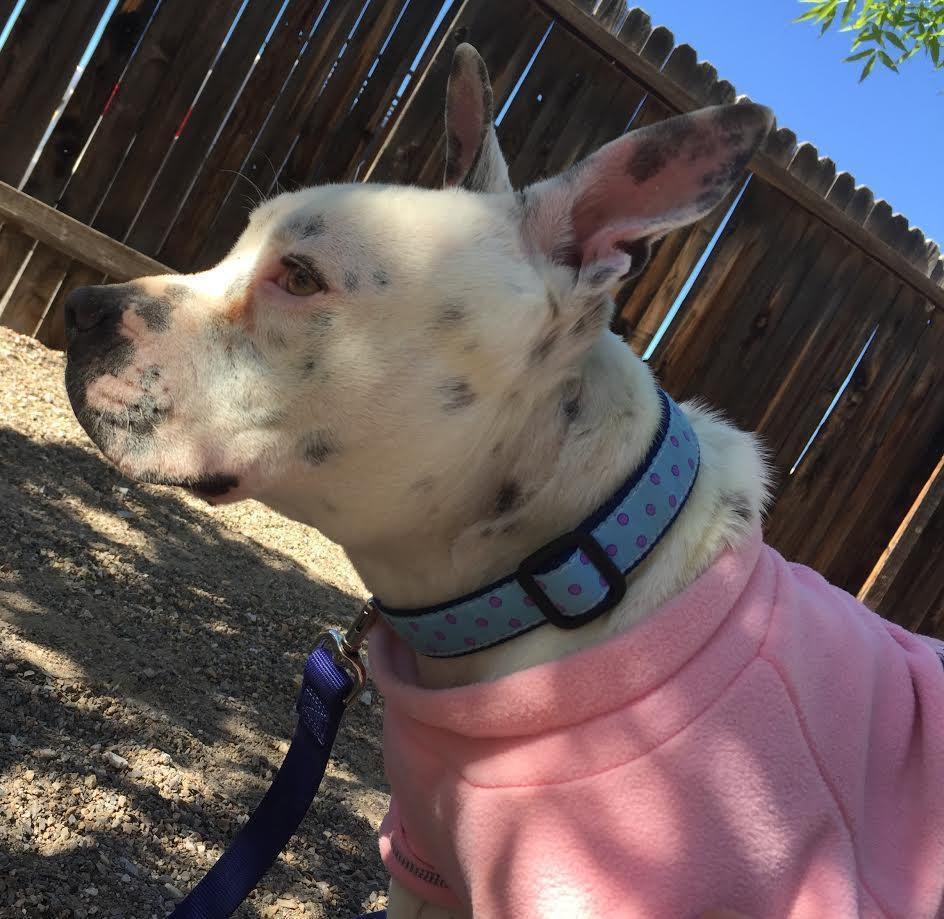 Tens of thousands of dogs and cats end up in shelters each year, either due to neglect, abuse or abandonment. Consider adopting before you shop, and visit your local shelters before going to a breeder. Every dog and cat deserves a fair chance at a forever home.
If you live in England, you can visit the RSPCA, and if you live in the United States, you can visit the ASPCA to get more information about pets available for adoption.