On January 15, the Norwegen government announced their decision to ban all fur farms by 2025. The statement has been celebrated by animal rights groups worldwide, who see this as a major step forward for a country that used to be the world's largest producer of fox fur. 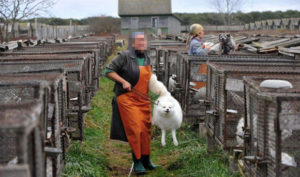 The Liberal Party, who are very involved in promoting animal rights, proposed the law, which which is being supported by the Conservative government, lead by prime minister Erna Solberg, and the populist party.

There are between 200 and 250 fur farms in Norway, which will be phased out by 2025. According to Norway's minister for Agriculture, these farms represent around 610,000 minks and 150,000 foxes between them.

This decision has been a long time coming for both the scientific community and the general public. According to French newspaper Le Monde, 68% of Norwegians are against using fur in fashion. 99% of the market for fur comes from exporting it abroad, mainly to Russia and China.

This is a big victory for animals and those who fight to defend them. Our politicians have finally listened to both public and scientific opinion, which considers it an old fashioned and cruel business.

Although the proposal still has to be voted on by parliament, seven of the country's nine political parties have already voted in favor of it. The farms' owners and workers will be compensated.

We denounce the horrific living conditions these animals are held in, which don't provide for their needs.

Norway now joins countries such as the United Kingdom, Austria and Germany in banning fur farms, showing that things are progressing for animal rights in Europe. It is hoped that Norway will now set an example for other countries to set out more legal protections for animals. The more animals are represented in politics, the more likely that companies, such as Gucci, will stop using fur.

Please boycott clothes and companies that use fur for fashion. Click here to learn more about how to spot and avoid fur clothing.