It all started in Ponce Inlet, Florida, the day after police found a black Labrador, named Ponce, dead from trauma to his skull, in the backyard of a man who admitted to hitting him twice.

A petition was launched by Debbie Darino of neighboring Port Orange on change.org, calling for sterner animal-abuse laws. Now, a year later, almost 87,000 people have signed the petition, with Gov. Rick Scott signing it into law on Thursday April 5. The law has aptly been named Ponce's Law. 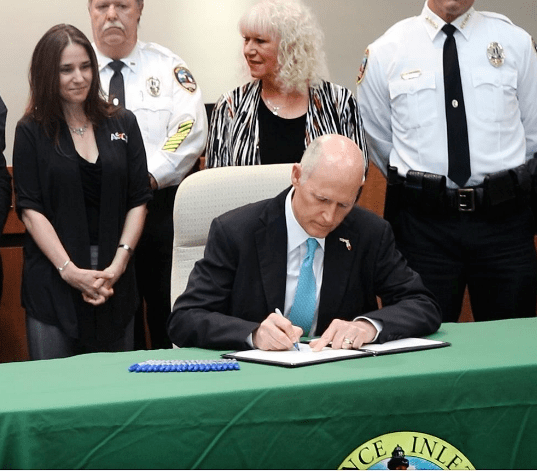 The governor, alongside lawmakers, law-enforcement leaders and others, used the occasion just four days before his expected announcement of a U.S. Senate bid to condemn animal abusers and highlight the democratic process. According to The Daytona Beach News Journal Online, Scott said:

In Florida, we have zero tolerance for animal abuse, for any abuse, whether it’s another human being, an animal, any kind. It’s just horrible. Those who commit these heinous … acts are going to be held properly accountable. (The new law) raises the penalties for animal abusers, gives judges the power to make sure these people can never have a pet again, and there’s also new requirements for animal control agencies and shelters to help reunite pets with their families after disasters.

Darino heard about the nine month old lab's story after a friend tagged her in a news story. She said she "was so upset it made [her] cry" and that it "was a really bad beating [the] dog took". 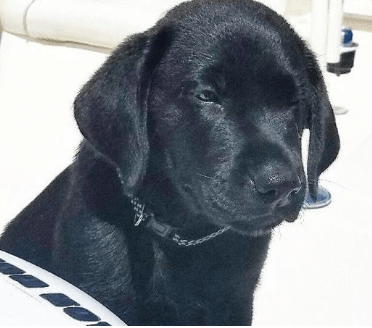 On Facebook, she joined the brand new Justice for Ponce group and decided to start a petition calling for stricter penalties for people convicted of animal-abuse. In the first hour, around 3,000 people had already signed it.

After researching what was on the books, Darino spoke with Ponce Inlet Chief Frank Fabrizio and got to work on amending statutes. The new law changes sentencing guidelines for animal cruelty from a Level 3 to a Level 5, which raises the likelihood an offender could face prison.

Sadly, this new law won't apply to Travis Archer, Ponce's owner, whose case is on hold. The state is appealing a judge’s ruling that key evidence must be withheld because the Ponce Inlet police didn’t obtain a search warrant while investigating the crime.

Despite this setback, Leek and Fabrizio have hailed Ponce’s Law as an example of democracy in action and a victory of good over evil. Darino said that "lovers of animals are unified in their horror over the Ponce case". She then added:

We all know they don’t have a voice. We all know we have to speak up for them or nobody else will.