In 2016, animal welfare organisation Animals Asia, contacted UNESCO about a monkey circus that had become a prime tourist attraction in Vietnam. The circus, which featured blindfolded monkeys riding bicycles while cowering in fear, was UNESCO accredited, despite its clear violation of animal welfare laws. 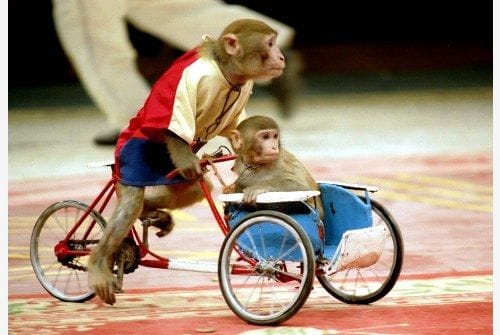 After over 40,000 activists came forward to lend their voice to a petition, UNESCO removed its accreditation to the circus, leading it to be shut down. An absolutely incredible win for the monkeys and animal rights activists alike.

There is still widespread confusion in Vietnam about what constitutes animal cruelty and the fact that a UNESCO-accredited facility hosted a macaque circus really muddied the water for a lot of people. UNESCO’s actions were sanctioning the confinement, humiliation and exploitation of animals for entertainment so it is crucial that their backing has been removed from an industry mired in serious animal abuse. 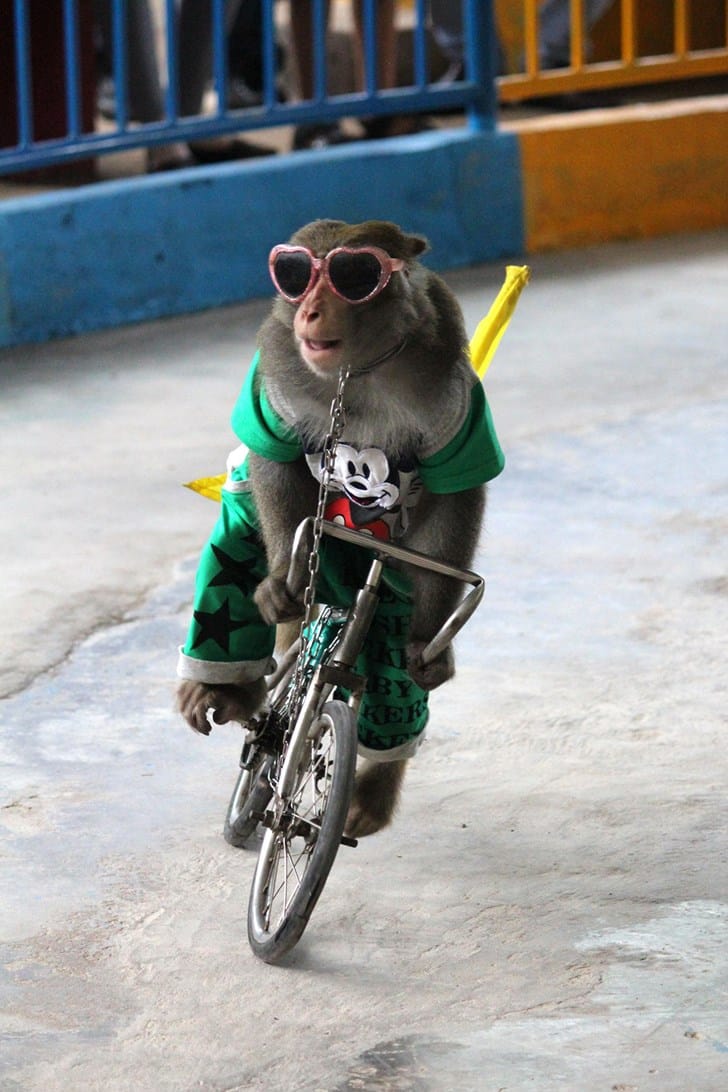 Deputy Director of the Can Gio Biosphere Reserve, Le Van Sinh explained the reasoning behind the closure of the monkey circus:

We received feedback from Animals Asia and the public against the use of wild animals and came to realize that it is both unnecessary and inhumane to treat animals this way … We asked the Ho Chi Minh City’s People Committee and the city’s Department of Agriculture and Rural Development to stop the circus. The city government recognized the negative impact on the city’s tourism and decided to have the circus closed down.

However, while the closing of the circus is important in terms of ending animal abuse in the country, it will likely not mark the end of the suffering for the individual macaques used in the show.

The macaques abused in the circus belong to the Long Phu corporation, a private company specialising in animal performance. The monkeys will reportedly return to their owners and continue to perform. 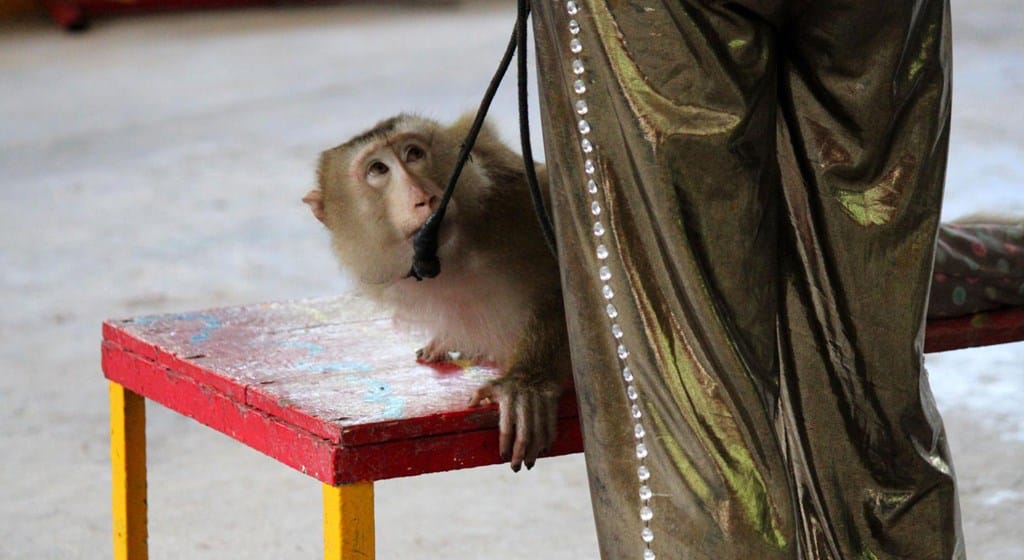 Neale said that the animal performance industry is very much at a crossroads at the moment and there is no telling whether it could expand as people choose to invest or die out as the country develops. An Animals Asia investigation in 2017 revealed that at least 200 macaques are forced to perform across a dozen or so entertainment parks, zoos and tourist attractions in Vietnam.

Just recently, a poignant video was released, revealing the devastating effects that being held in captivity has on animals.