When a veteran was admitted to hospital after suffering a heart attack, he had to give up his dogs for adoption in a shelter. But on leaving, he never expected to be reunited with them through the kindness of the shelter volunteers. 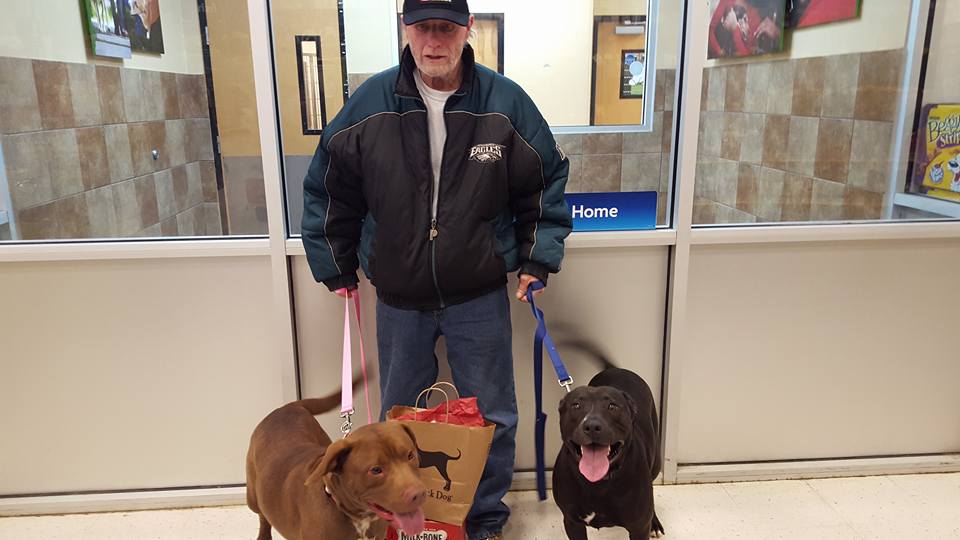 The unidentified gentleman had suffered a massive heart attack in September and had to be admitted to hospital for several weeks. His dogs, Bailey and Blaze, had no one to take care of them. So the First State Animal Center and SPCA in Camden, Delaware, US, stepped in and offered to look after them for a few weeks while he recovered.

But months passed, and the veteran was still incapacitated in hospital, and so the shelter decided it was best to put the dogs up for adoption. 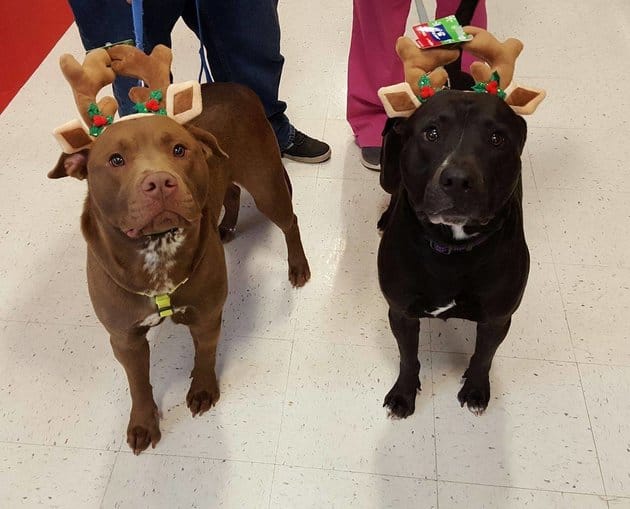 Bailey and Blaze are young, friendly, and well-trained dogs, and it was thought they would soon easily find a home. But as luck would have it, they didn't. So when their human left hospital and learned that they were still up for adoption, he was thrilled and began to start finding the money he needed to adopt his dogs back.

In December, he told the shelter he didn't have enough money ($250) but he would be back soon with all of it, determined to get his dogs back. 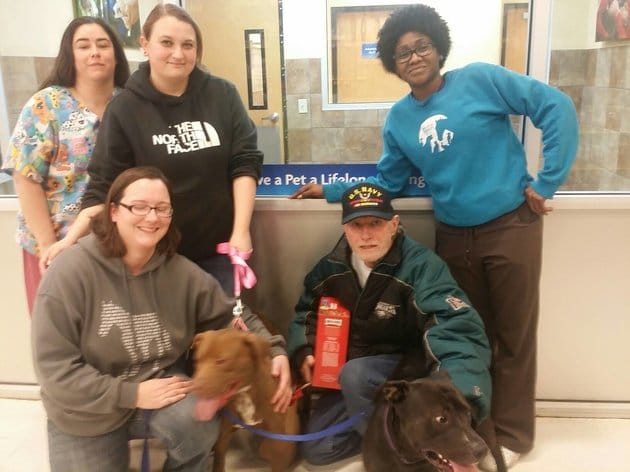 Melissa Carrothers, the adoption counsellor at the shelter, said, "This man was willing to sell his car to get the money,". So that evening, Carrothers had the idea of raising money to pay for the fee. In no time, a volunteer came forward and paid it.

When the man came back to the shelter the following day, he was told the dogs were his. He was in utter shock and moved to tears by the surprise. Footage shows him blowing a kiss up to the sky, thanking God for this blessing. 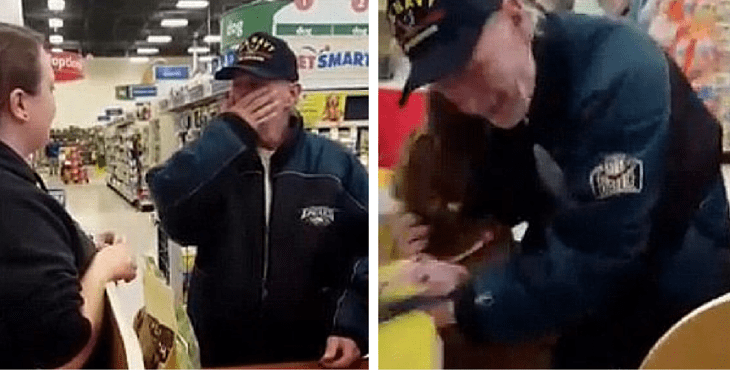 Carrothers posted the video of the incredibly special moment on Facebook and since then, it has gone viral. The emotional scene moved internet users worldwide and now donations of food, treats, toys, gift cards and even gas, have been flooding in to help the old man and his dogs. He is unbelievably grateful.

Many people commented on the moving video, who had been so touched by the scene. One man wrote:

I'm so ridiculously happy right now! I'm so glad I got to see all of this! It's people like you guys that make the world a little better ! So happy for this man. 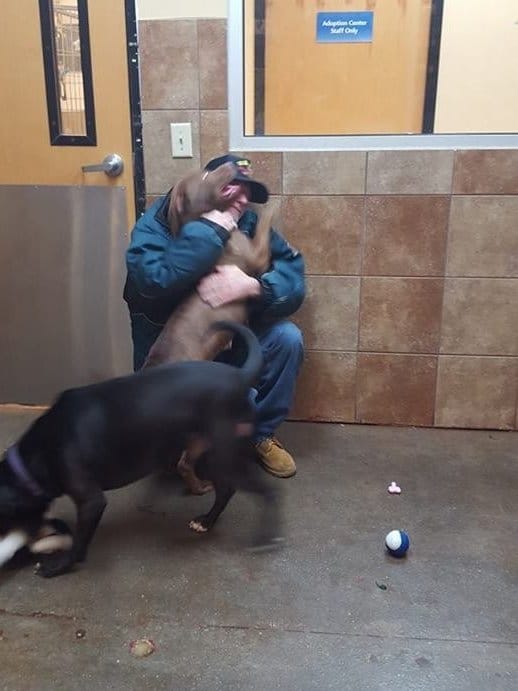 Indeed, it is people like Lindsay and her team that restore our faith in humanity. What an incredible story – we wish the reunited family all the happiness in the world!

Watch the incredibly emotional video of their reunion here:

Heres the video to the story!