Dr Ernie Ward, a veterinarian from North Carolina, recently released a video where he puts himself in the place of a dog left in a shelter during Winter for several hours. His aim was to highlight the dangers of leaving your pet in the cold, specifically dogs. 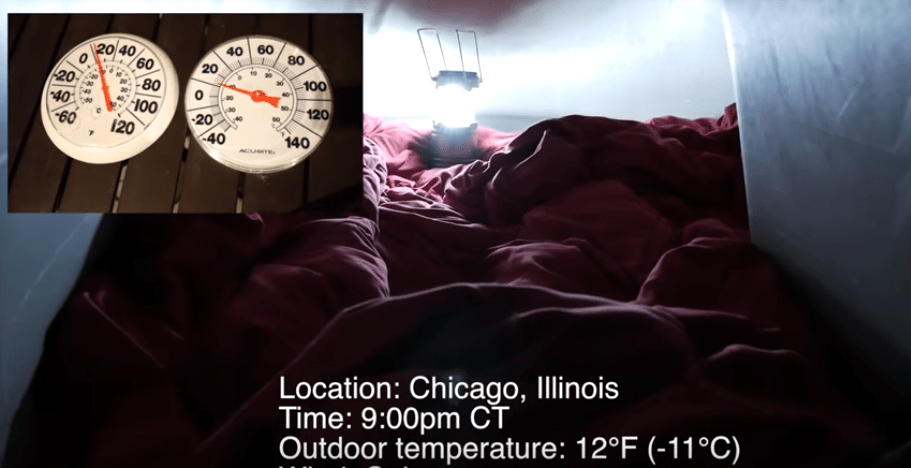 Ernie, who calls himself 'America's Pet Advocate', has dedicated his career to improving animal well-being, regularly suggesting healthier lifestyle choices for humans and their pets. He is also an expert in animal nutrition and weight loss.

In the video taken from The Dodo, you can see him in a doghouse wrapped up in several layers, usually worn in very cold temperatures. He's wearing a balaclava, ski coat and a hood. 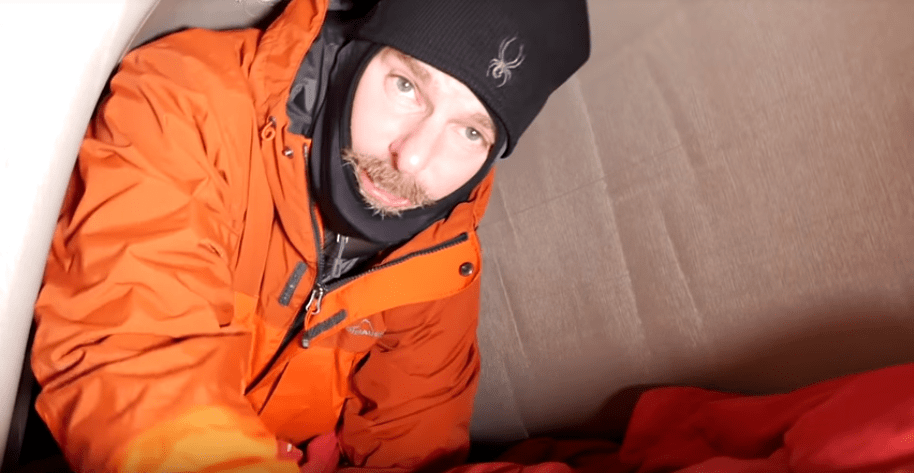 Source: Screen shot from the video of Ernie Ward

Throughout the experience, the doctor keeps an eye on the time and the temperature inside the doghouse, describing his symptoms along the way.

At the beginning of the video, the thermometer reads 20 degrees fahrenheit (-6 degrees celsius). After only 30 minutes, ice crystals start forming on the walls and his fingers begin to go numb. The doctor explains that "no dog is biologically adapted to handle this", recalling that in such circumstances, the animal is "gonna just have to suffer". 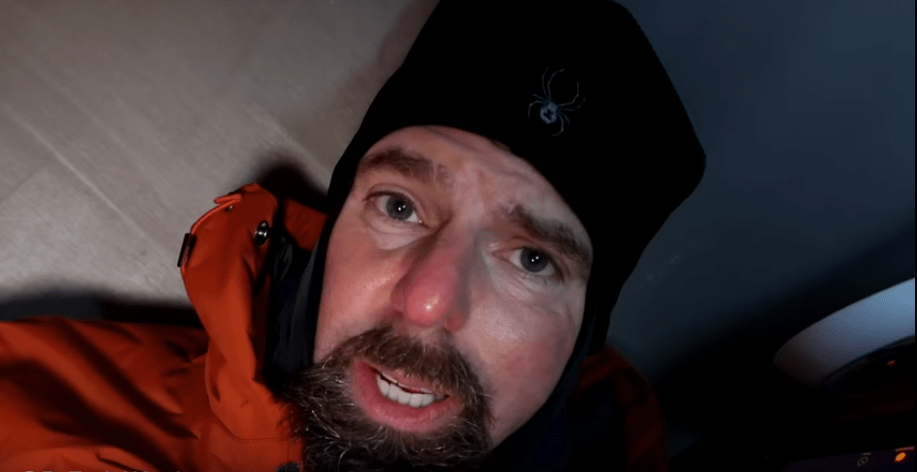 Soon enough his legs start to go numb and he reminds everyone that despite their fur, dogs are not immune to the cold. He admits to suffering even with his many layers and that there is no reason dogs don't suffer too.

Two and a half hours after the beginning of the experiment, he says that "the ground is just sapping the energy out of [him]". After three hours, his core temperature drops to 93.9 degrees fahrenheit (33.8 degrees celsius), which is well below the average.

If you think that you put your dog out in a doghouse with plenty of blankets, that they're magically gonna warm up and be nice and toasty, you are fooling yourself!

Every breed is different and some are more resistant to the cold, but if you're suffering from the cold, then chances are your dog is going to be as well. The right thing to do is keep them inside so they are protected.

This isn't the first time that he has put himself in this kind of situation to raise awareness about what humans put their pets through. In a previous video, he puts himself in the place of a dog left in a car for several hours.

This is a good way of sending a message to dog owners everywhere about the dangers that we risk putting our adorable pouches through in extreme temperatures.

If you come across a dog alone in the cold, don't hesitate to contact the necessary authorities or the closest animal shelter. If you wish to leave your dog outside during winter, please learn the best ways to keep them comfortable and safe.