Unhappy stockholders at the Yangcheng Safari Park loated in the town of Changzhou, near Shanghai, threw a live donkey as an act of protest against the management of the zoo.

The events of the scene took place on June 5, in front of the horrified eyes of visitors, many of which filmed the brutality of the scene. The images, first shared on Weibo, the main social networking site in China, went viral soliciting angry comments from around the world.

According to the British paper, The Guardian, who reported the reaction of the zoo management, the stockholders who invested in the establishment two years ago and not received any financial compensation because of a lawsuit the zoo was involved in. The local authorities froze the park's assets, stopping them from being able to share dividends with the shareholders.

Suspecting that the management was "conspiring against small investors," a group of shareholders entered the establishment with a donkey and a sheep to throw them in the tiger enclosure, hoping to elicit a reaction. 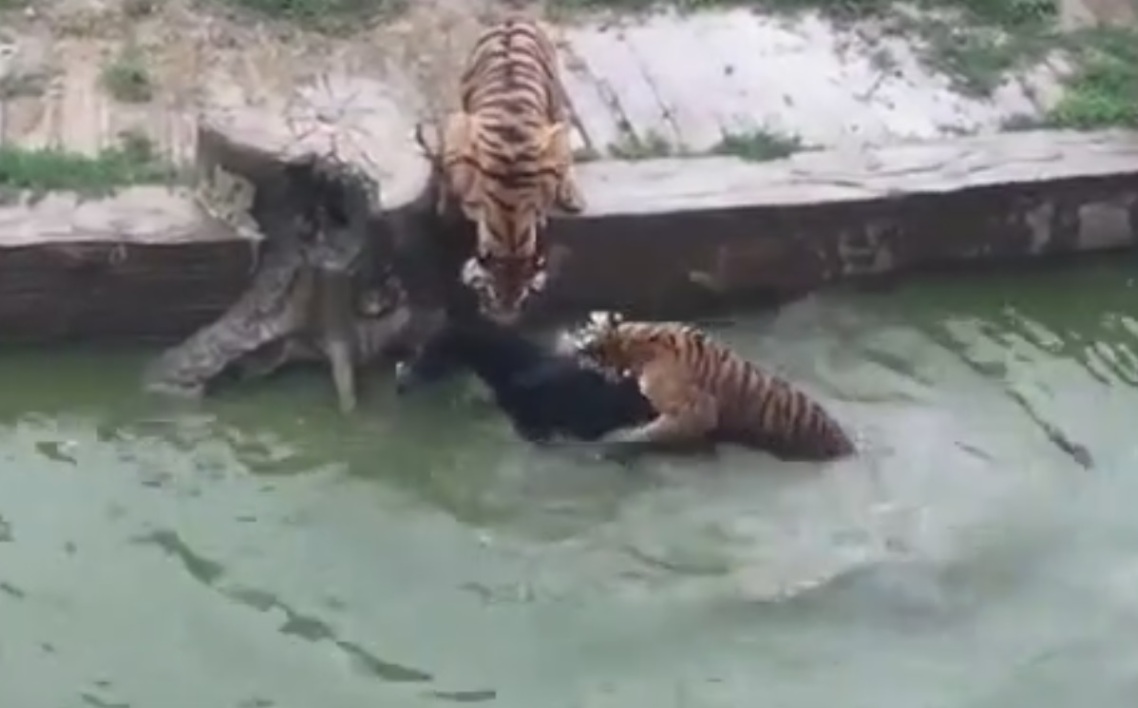 "Since we can’t have any benefits, we thought why not feed them to the tigers, at least we can save on animal feed," declared one of the investors to local press, according to The Guardian.

Investors first pushed the donkey over the enclosure before being stopped by security. The felines threw themselves on the animal, killing him after half-an-hour, captured by images taken by visitors. 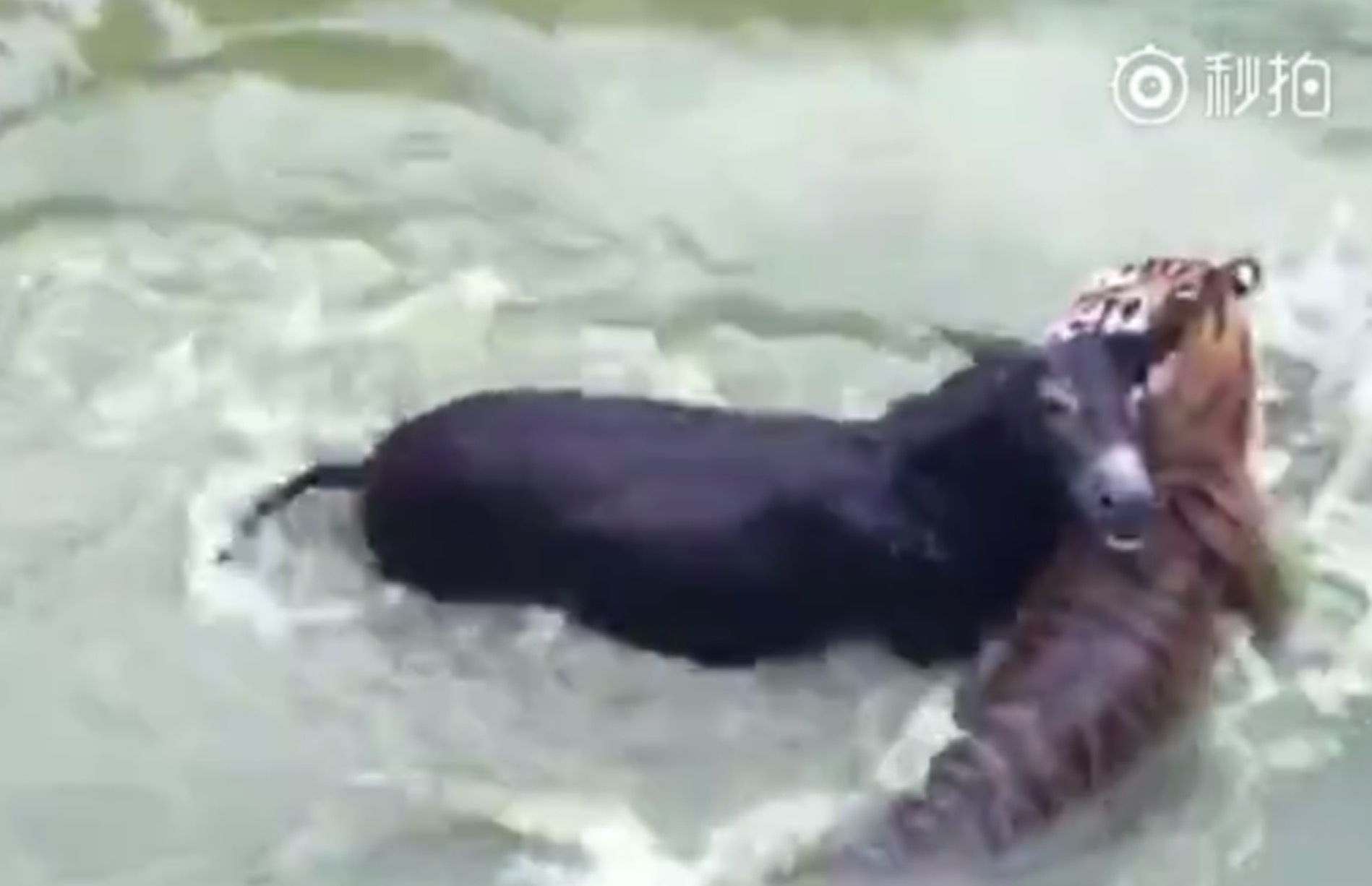 Security guards intervened at the moment the group was preparing to throw the sheep in the enclosure as well. THe animal was thankfully saved. Zoo directors apologized, explaining that "nothing like this would happen again."

Chinese zoos are often targeted for the poor living conditions that many animals face there. In certain, like the Siberian Tiger Park in Harbin, in the province of Heilongjian, visitors can even feed live animals to the felines by paying a meager sum.

Images of this park went viral in March, revealing the miserable lives of the captive tigers. 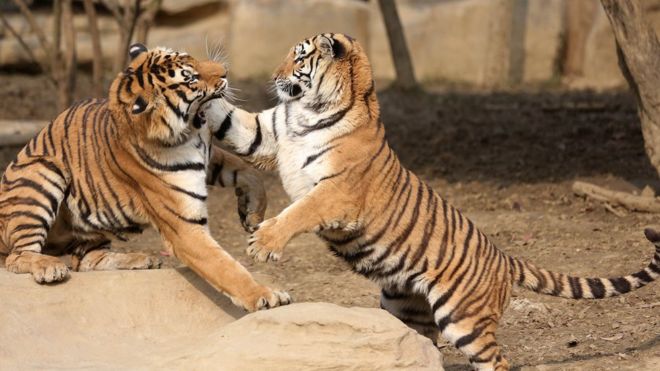