To get over the pain of a loss, certain people feel the need to turn to others and redouble efforts to help others. That's exactly what Beverley did after the devastating recent death of her dog.

A few months ago, Jasmyn d'Elwood Meadows, her young pup, drowned because of a manhole left open by workers. Having succeeded in obtaining compensation thanks to the French show "It Could Happen To You" with Julien Courbet, Beverley reached out to the animal rights organization, Fondation 30 Millions d’Amis, declaring that she wanted to give the sum back to an animal who needed it.

To be able to save the life of another dog was the best way to heal her wounds. The Foundation 30 Millions d'Amis honored this show of generosity by using the funds to cover the hospital costs of an old, sick dog. 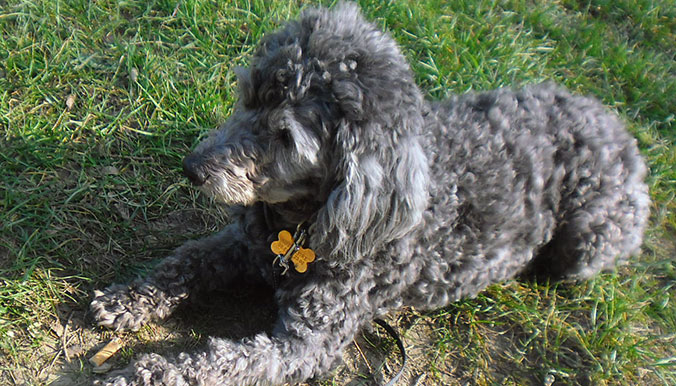 Dalton, a 12-year-old poodle, adopted through the "Operation Senior" project by the foundation in 2014, almost died from intestinal cancer last September. He needed an emergency operation, but was able to survive. Sadly, Isabelle, his human, struggled to afford the high veterinary costs, so she had also turned to the Foundation.

The association made Isabelle the beneficiary of Beverley's donation, which finally allowed her to pay for Dalton's operation. Happy and relieved, Isabelle contacted Beverley to thank her for her support. To put the cherry on top, the two young women have since become friends!

Beverley is thrilled to have been able to honor the memory of Jasmyn d’Elwood Meadows by contributing to saving the life of another dog, and 30 Millions d'Amis welcomes the joyous conclusion.