In April 2015, Amanda Guarascio and her girlfriend, Dylan Parkinson, became the heroes of a stray dog in Evans Creek, Washington. The big animal, called Bear, had been fending for himself for months and only survived on scraps. 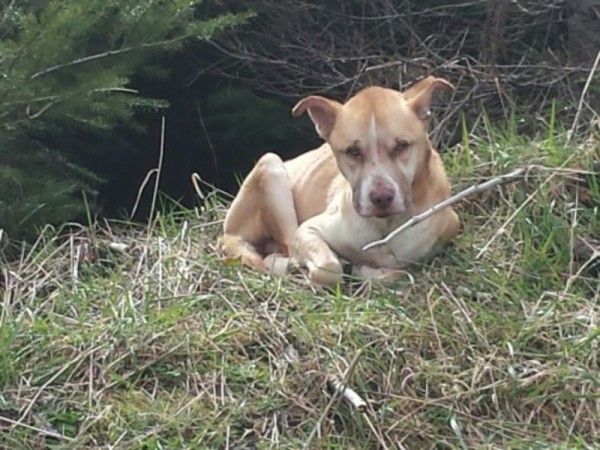 He was terrified of humans and refused to let anyone come close, making it truly difficult to try and rescue him. When Amanda and Dylan heard about this poor animal, they did not hesitate for a second to go out in search of him. When they found him, the pair tried without success to lure him closer with food. When they finally gave up it was 3 o'clock in the morning.

The young women went back early the next morning to try and help Bear a second time, feeling too sad to leave him out in the woods alone. Amanda explained:

We were at a loss for what to do, so we sat in our truck near him for a few hours, occasionally tossing him food and talking to/around him to get him used to us. 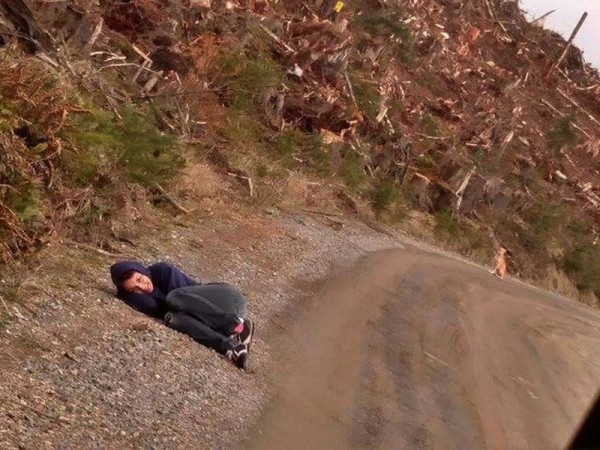 Then she had an incredible idea.

I got out and went behind the truck and then fetalized on the gravel road right by the pup with my back to him. He growled a little bit but eventually got close enough to smell me. I laid in the road for about 20 minutes before he lost interest and wandered off. 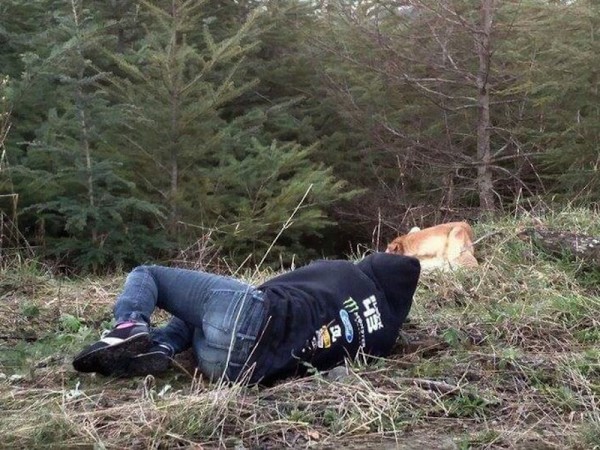 Amanda then got back into the car as it was freezing cold outside. She and Dylan then waiting until Bear came back, before she got out of the car and went back to her fetal position on the ground, closer to Bear this time, while her girlfriend reversed the car away. Amanda said:

Once he started to get uncomfortable, I curled up in a ball and stopped moving. The next hour was spent slowly inching closer and closer to Bear.

He growled a little bit, so I started whimpering and yawning, which is a calming signal, and continued to slowly get closer and closer until I was rested up against the sweet little Baby Bear! 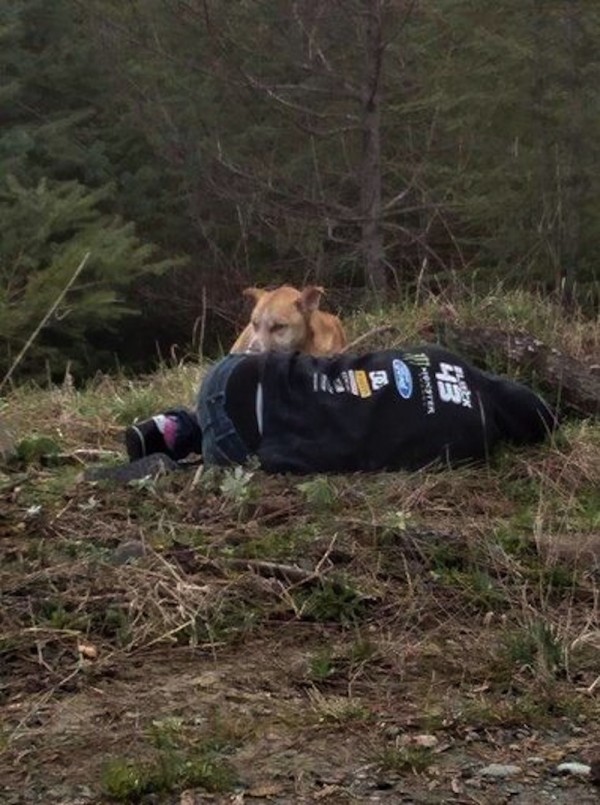 Bear stayed close to her for the rest of the day, until it was time for the girls to go home. They returned the next morning and this time, the dog let Amanda get up close to him without hesitation. She spend two hours cuddling and caressing him, before she finally managed to slip a leash around his neck. 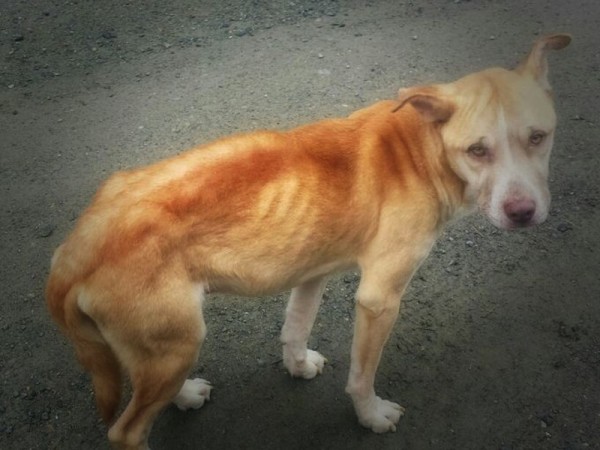 This was the point in which he decided he never wanted to walk again.From 9 pm on I had to carry him everywhere! I had to pick him up and put him in the truck and then we snuggled together until we got to the vet.

Bear only weighed 25kg and was suffering from terrible infections in his skin and ears. Amanda doubts that the sweet dog was abandoned – she thinks he must have fallen off a car or gotten lost from a camping ground nearby. 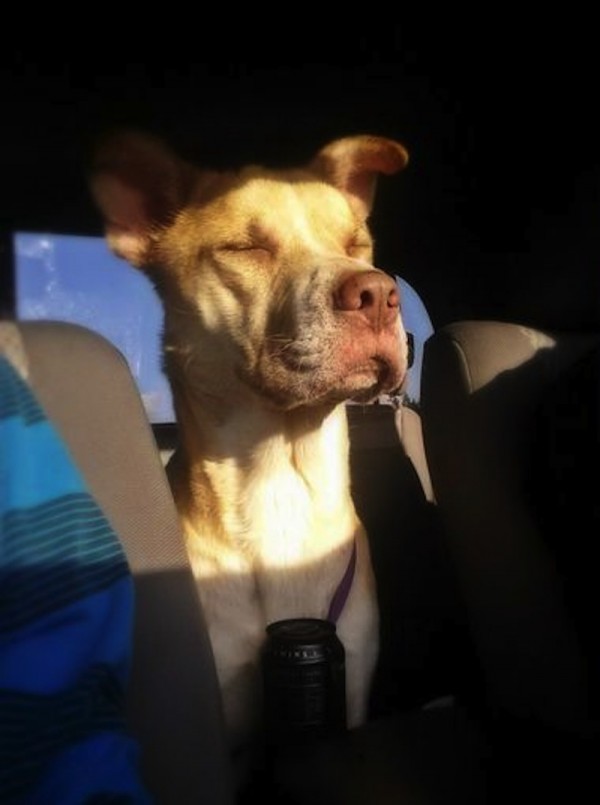 Without Dylan and Amanda's patient, loving cuddles, the poor dog would without doubt still be living alone and starving in the woods. 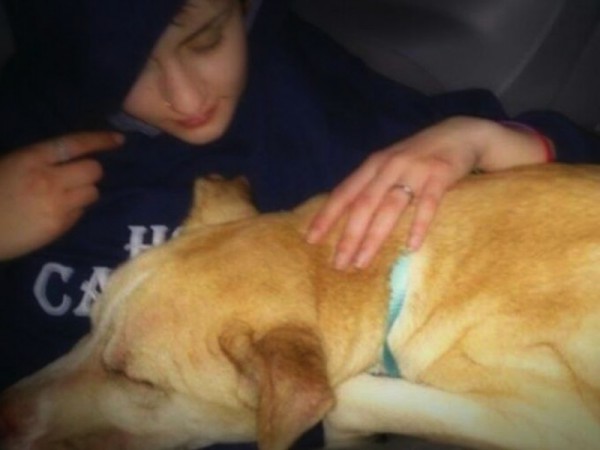