Aasha weighed just 30 pounds when Vicky Keahey first learned about her in 2011. The 9-month-old Bengal tiger was in fact the size of a 3-month-old cub.

A US. Department of Agriculture (USDA) inspector was understandably worried about Aasha and thought that In-Sync Exotics Wildlife Rescue and Educational Center's founder Keahey should be the one to look after her. 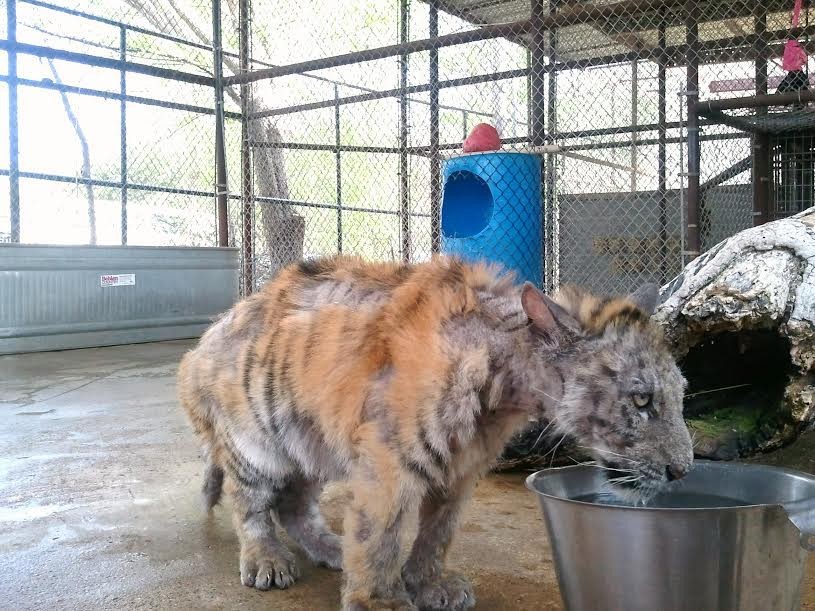 A task that Keahey was more than happy to take on. It emerged that Aasha had been part of a travelling circus where animals were frequently mistreated and kept in heartbreaking conditions. In particular, she shared a cage with a larger tiger who had clearly bullied her.

Aasha had multiple open wounds, relics of the bites of the larger tiger. What's more, Keahey immediately recognised the signs of ringworm in the young cub. She tells The Dodo:

Aasha's bald spots covered almost her entire body and her skin was dry [with] cracked, darken areas and bleeding. 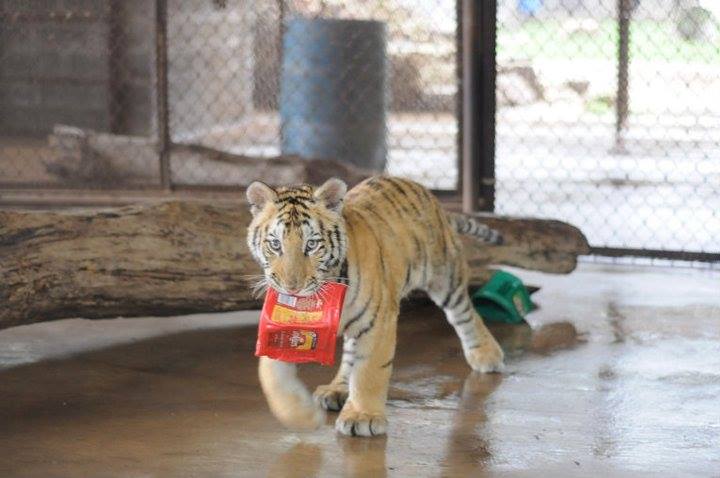 They placed the tiger cub in an isolated enclosure at In-Sync Exotics. But Keahey took good care of her, given her medication and a special medicated bath, which she was none to keen on… A cat like any other, Aasha would always run away from the water.

But it didn't take long for things to turn around. After the treatments were finished, Aasha loved the water and even had a small tub of her own in her enclosure! And her fur was finally starting to grow back to the bald patches. 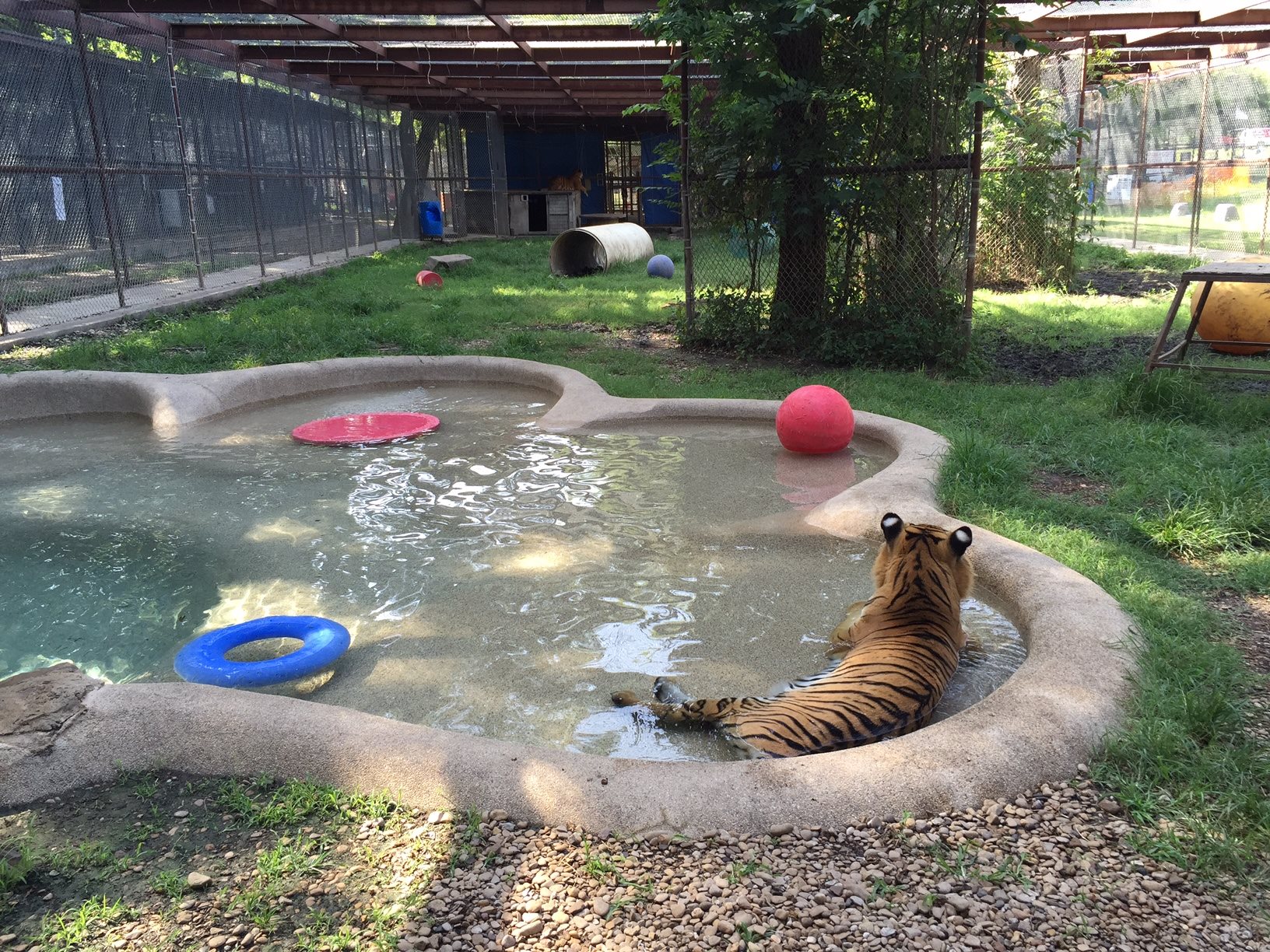 Within eight months she looked like a real tiger, and it was time to see how she would react to other tigers.

And so they put her with Smuggler, a male tiger at the enclosure who quickly took a shine to Aasha. 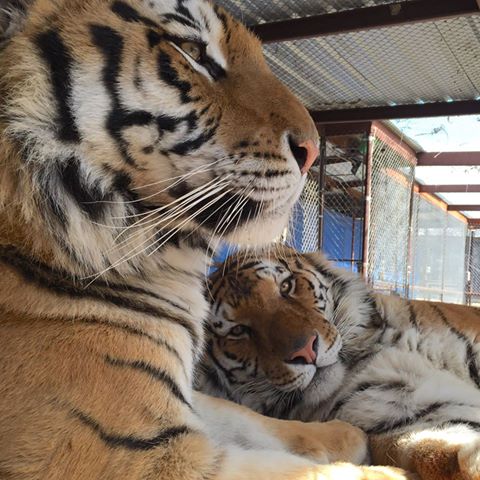 Smuggler is in fact about three times little Aasha's size, but that couldn't stop the attraction between them! The pair went through a dating process before finally moving in together in the enclosure. 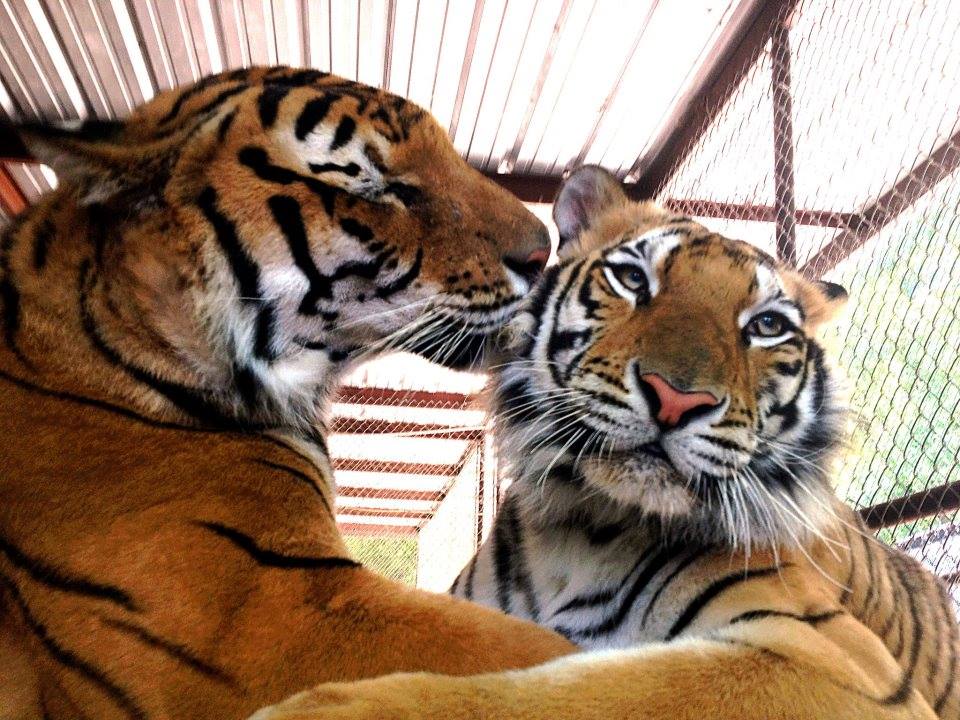 Nowadays Aasha is miles away from the tiny, sickly tiger cub of old. She's truly blossomed into a confident, affectionate adult who just loves the water! 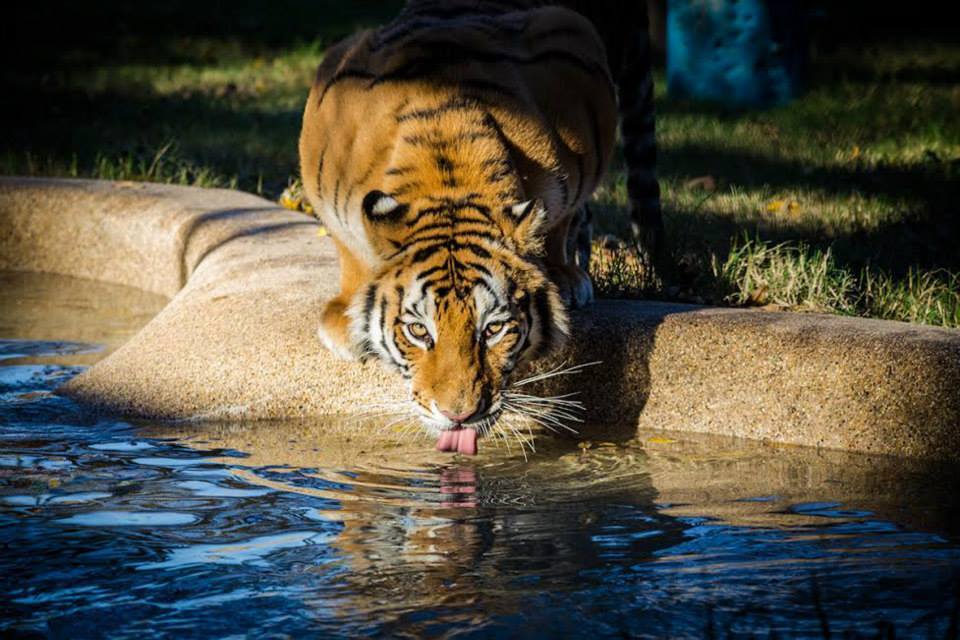 Check out this adorable video of Aasha and Smuggler playing back when they first met:

You can help In-Sync Exotics do more fantastic work like this by making a donation here. Alternatively, you can adopt a wild cat here.