Winters in Russia are notoriously tough and have claimed the lives of even the most well-prepared travelers.

They are particularly rough for animals, as one unlucky puppy discovered in April. 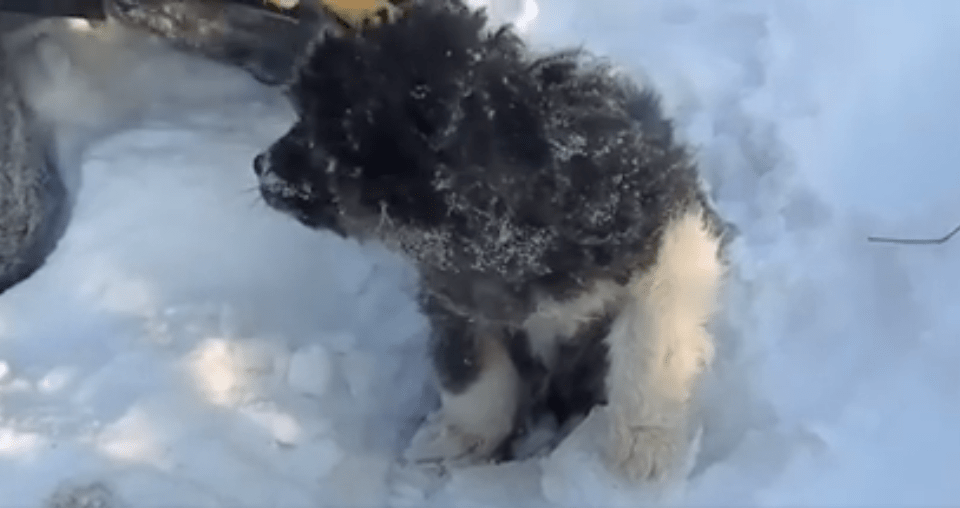 The tiny dog found himself in the middle of an icy road and was trapped in the snowstorm. The weather was so severe that the animal literally became frozen into the ground, completely unable to move. 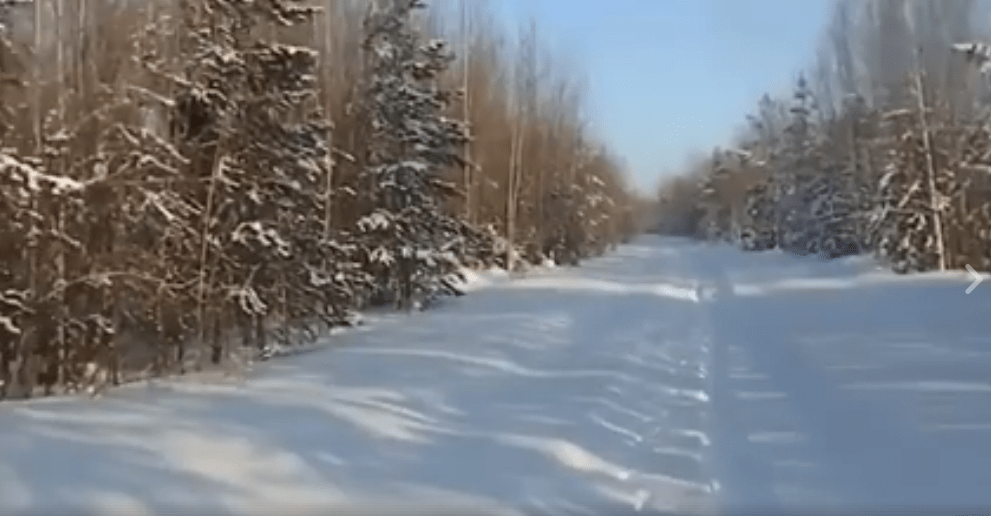 Luckily, two men, who were at work clearing the icy roads, noticed something in the mountains of snow. They decided to investigate, and upon closer inspection found the fluffy creature in desperate need of help.

They knew that they had to do something and began to free the little canine from the snow. One of his hind legs had become completely entrenched in ice, and the men had to use their axes to get the dog loose. 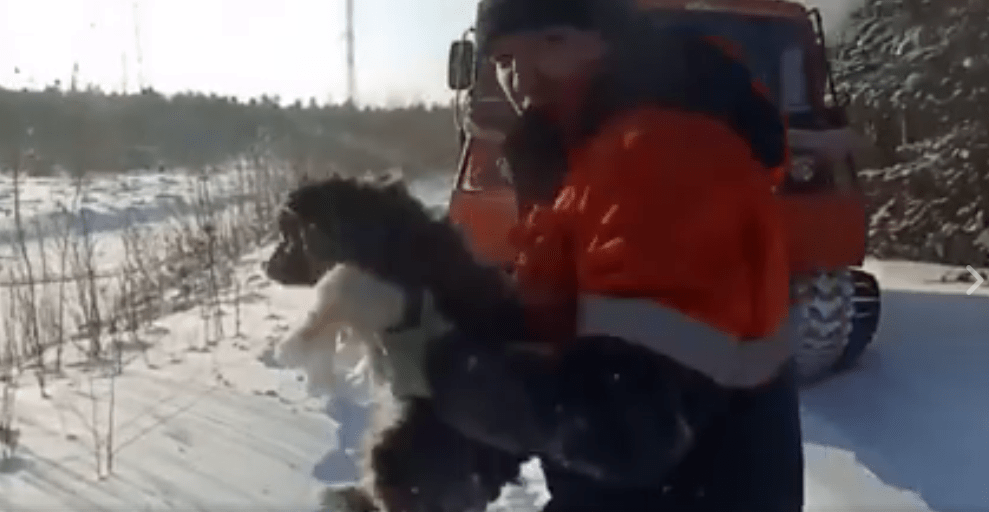 Once the pup was free, they rushed him to their snow plow, presumably to warm the little creature up.

This little dog was incredibly lucky to have been saved by these two generous strangers, but there are still many other dogs in Russia in need of help after being abandoned and suffering in the cold.

To help dogs in similar situations you can make a donation to LAPA, a Russian animal welfare charity, and help them to continue their important work by clicking here.