It's not a new story, but it's one that will still put a smile on your face…

In March of this year, the Sloth Sanctuary of Costa Rica shared a photo of its most recent rescue. And he's completely adorable.

Meet Ash, a baby Choloepus, or two-toed sloth, who was taken in by the sanctuary when he fell from a tree onto the beach.

A couple from Puerto Viejo noticed that the little white sloth was looking confused and lonely without his mother, so they alerted the sanctuary and he was brought in by rescuers, who confirmed that he is male. Indeed, the sanctuary reports:

The rescuers brought the baby to us and had named the sloth Ashley, though it was shortened to Ash – when our vets determined it was a male.

Well, Ash got a warm welcome from the sanctuary and it looks like he's settled in pretty nicely with his favourite cuddly toy!

The Sloth Sanctuary Costa Rica has been looking after sloths for over 20 years now, as the "original rescue center for injured, orphaned and abandoned sloths". 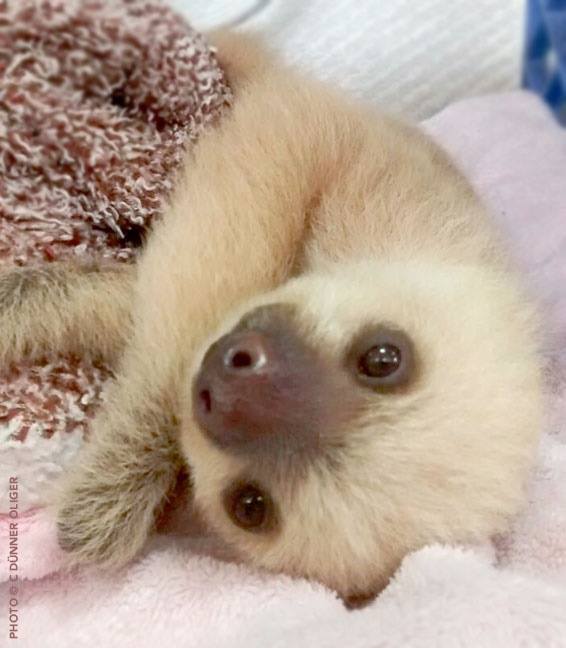 Most sloths are later released back into the wild, apart from the very young orphans who did not get to learn the basic survival skills from their mothers. 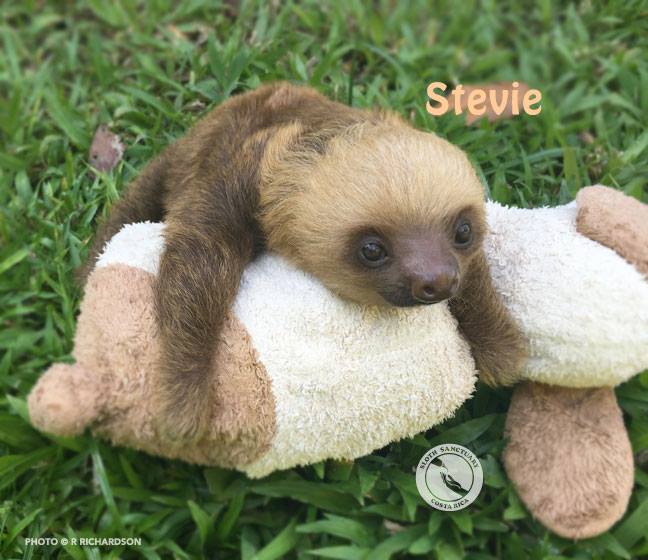 In fact, it's clearly not just Ash who likes cuddly toys – the sanctuary keeps its followers up-to-date with numerous other sloths snuggling up to these fluffy toys! 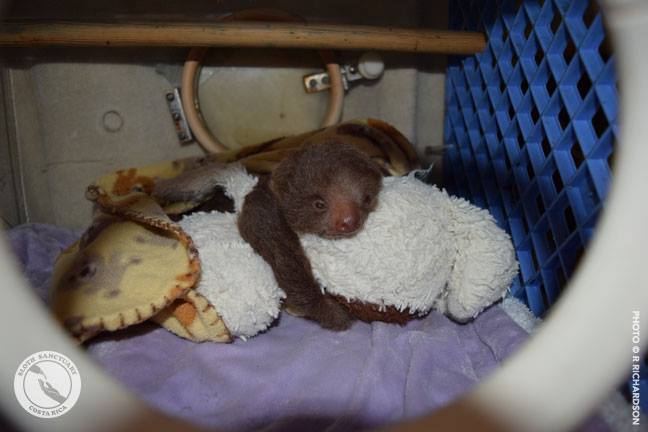 The Sloth Sanctuary of Costa Rica is working hard to ensure that infant sloths get the care and protection they so need but cannot get from their own mothers.

You can help support their work by making a donation here.