Tapani, the newborn ginger kitten, had a cruel start in life. He was found by rescuers outside in the cold, all alone and unable to move, reports the site Love Meow. His mother had given birth to the whole litter in that spot, but he couldn't get away with the rest of the family. The little ginger cat somehow got his back paw tangled in the grass, and was stuck. 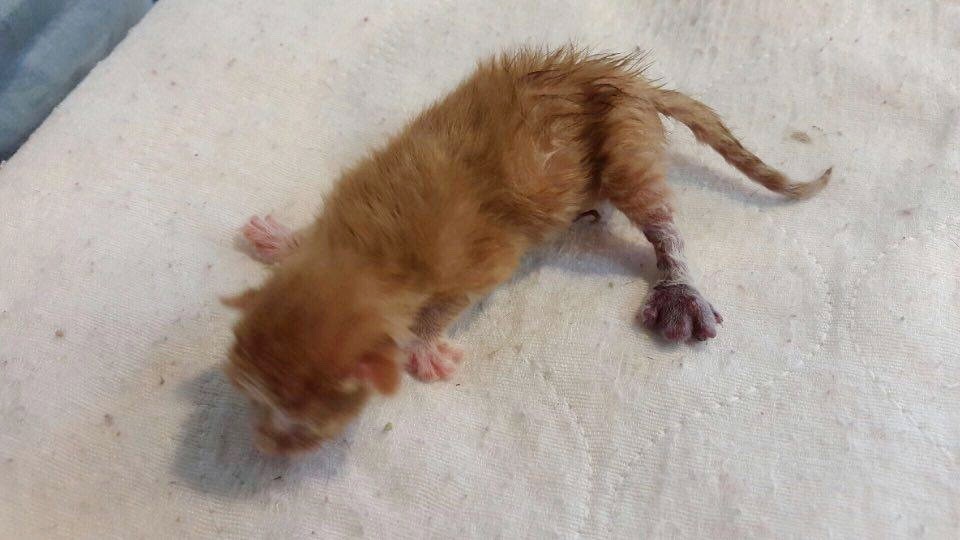 (…) the grass was wrapped around his leg and cut off the circulation. The caretaker thought he was dying because he wasn't moving.

The medical team put the cat on antibiotics in the hope of saving his leg and bandaged it up well. 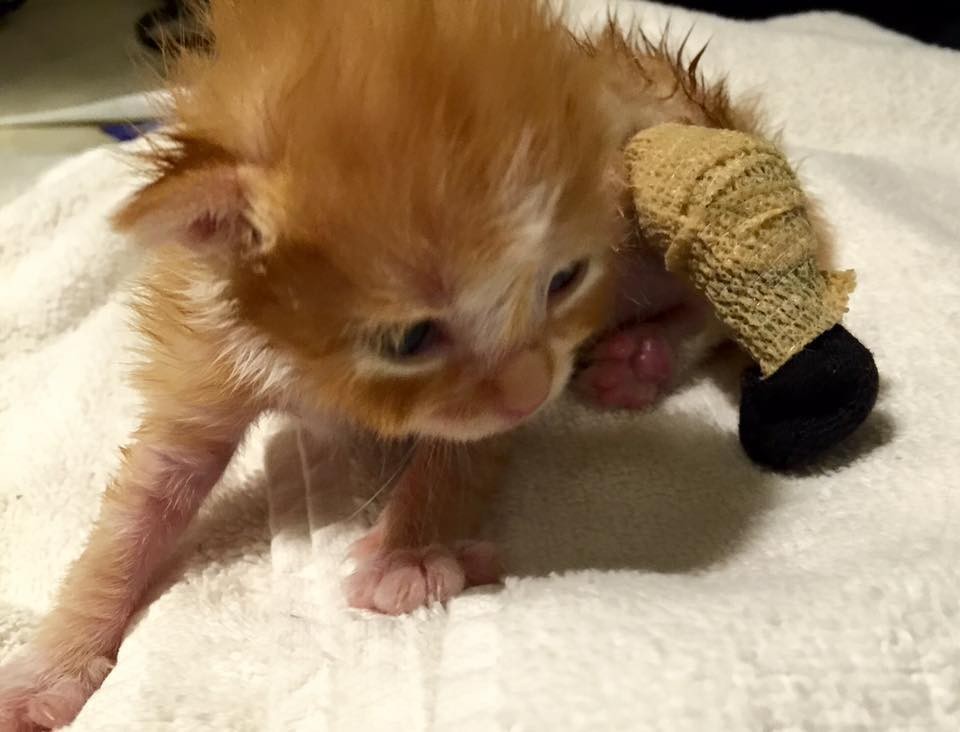 But the little ball of fur was constantly crying for attention. The rescue team decided to introduce him to one of their mother cats, named Treasure, who had just given birth to a lone kitten. She took Tapani in as her own and he started receiving the motherly love he had been craving. 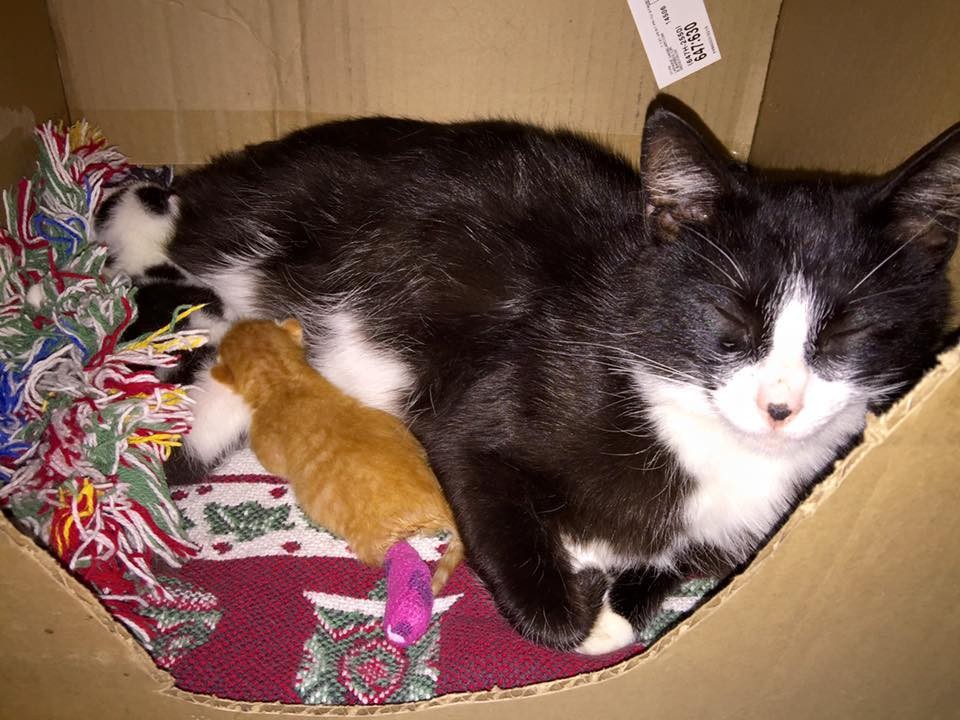 The mother cat's milk boosted his immune system as well as his morale, helping him grow stronger. She was right next to him when the kitten opened his eyes for the first time.

Although Tapani was doing well, his leg had been too mangled to heal. The rescue team continued:

Eventually the lower portion of his leg shrivelled up and came off. Though the stump healed nicely at first it became infected and we decided to amputate his leg. 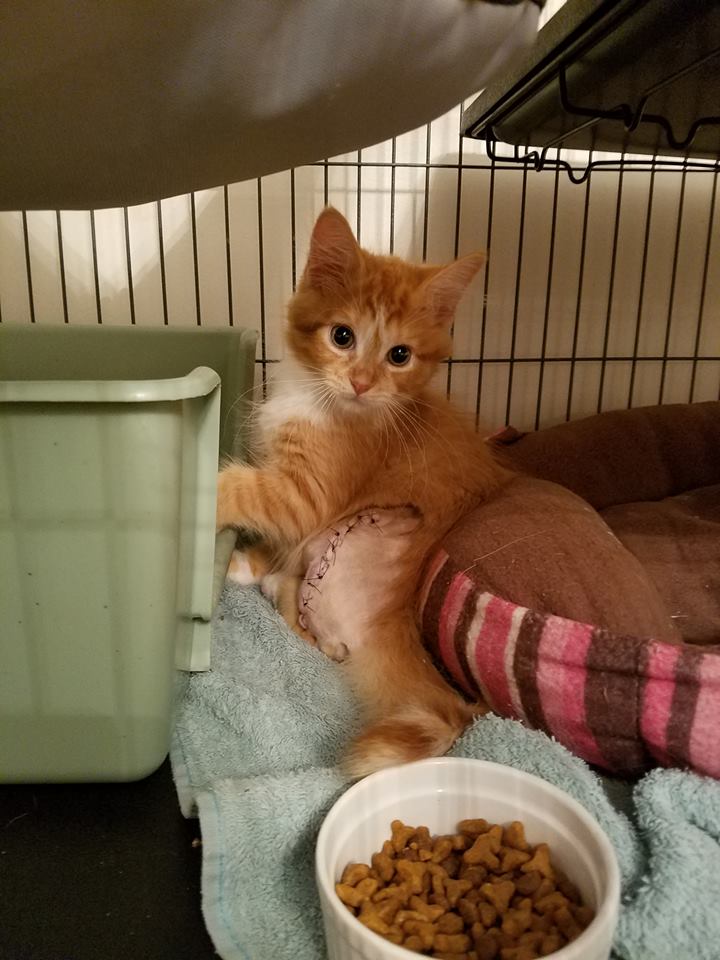 He recovered in record time, standing up on his own just a few days after the surgery and seemed as happy as ever, even with three legs.

He just wouldn't let anything get his spirits down. Listen to the ginger kitten purring with joy in the video:

Here is Tapani a day after surgery. If you listen closely you'll hear him purring!!
We are still in awe of this little guy!
Tapani wants to meow a special thanks to Dr. Kerry Ryan and the staff at MVAH for taking such good care of him ?

Treasure continued to take care of Tapani as her own and she has since gained nine more babies to complete her furry family.

At the end of September, one lucky family chose to adopt Tapani and give him the caring home he so deserves. This three-legged kitten will enjoy a full, happy life, just like any four-legged cat, with a family who loves him and doesn't even notice his disability. 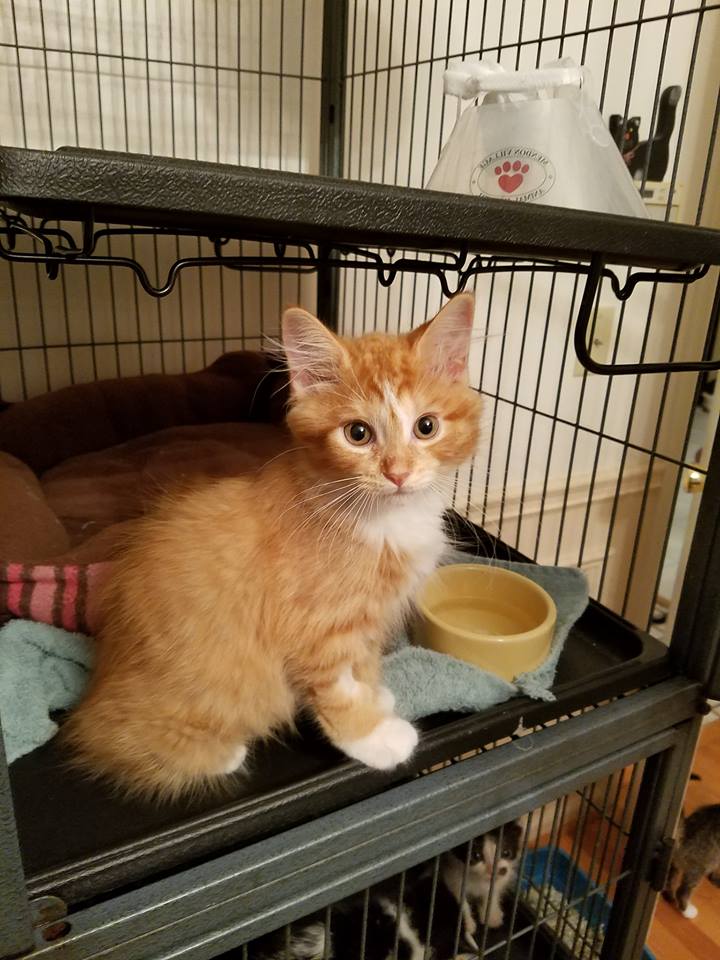 If you're interested in adoption and giving a cat a second chance at a happy life, contact Kitten Korner Rescue through their Facebook page, or alternatively, visit the ASPCA if you're in the States and the RSPCA in the U.K.