A video posted on YouTube on September 15 showed footage of a kitten trapped in traffic in Russia.

The tiny thing had fallen off the back of a truck and cars were speeding by without a concern for the kitten's safety. CCTV footage shows that he was nearly run over by several cars and trucks. It must have been incredibly noisy and frightening. 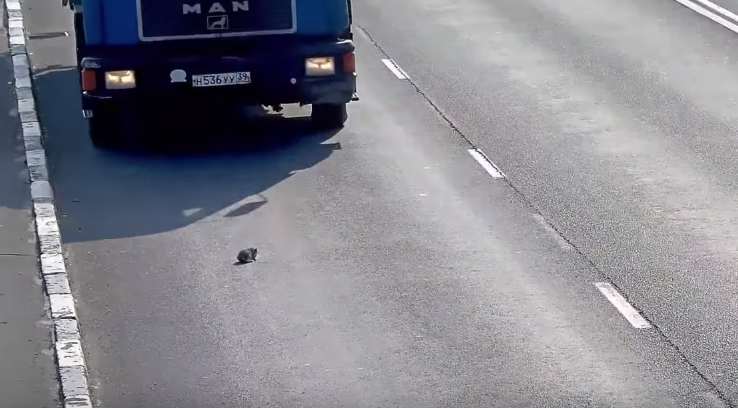 No-one stopped their vehicle or called for help… Until one kind-hearted man in a Peugeot pulled over to help. 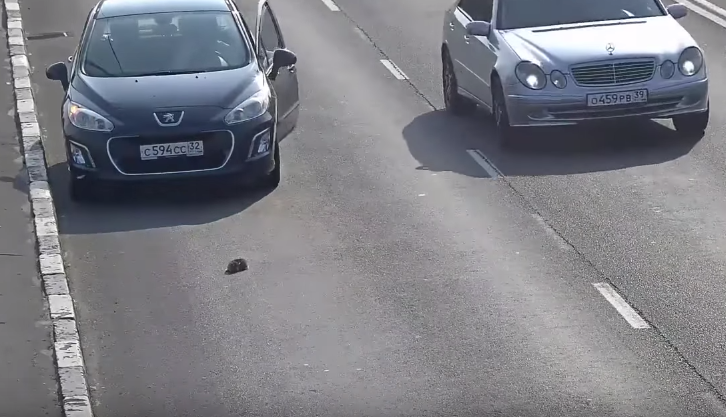 He got out of his car and walked towards the terrified ball of fur, reaching out his hand. 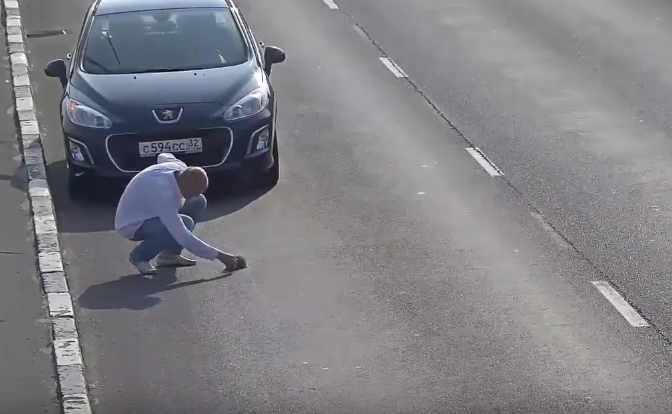 By some miracle, the kitten was unhurt and responsive, so the man picked him up and took him home.

A Russian newspaper later managed to tracked down the hero. His name is Denis Degtyarev, 43 years old, from Kaliningrad. He said to the local press:

The kitten turned out very small, not even able to eat, so I took him to the school where my children were and with the help of good people, we found him a new home.

Watch the CCTV footage below: