When the Gecy family saw something hanging onto the oysters under the McTeer Bridge in South Carolina, they thought it was an octopus.

Robert Gecy, his wife Dee and their son were out boating on the Harbor River at the end of June when they spotted the strange, sandy colored shape. But as they got closer, they realized that it wasn't a sea creature at all, but a tiny, ginger kitten. 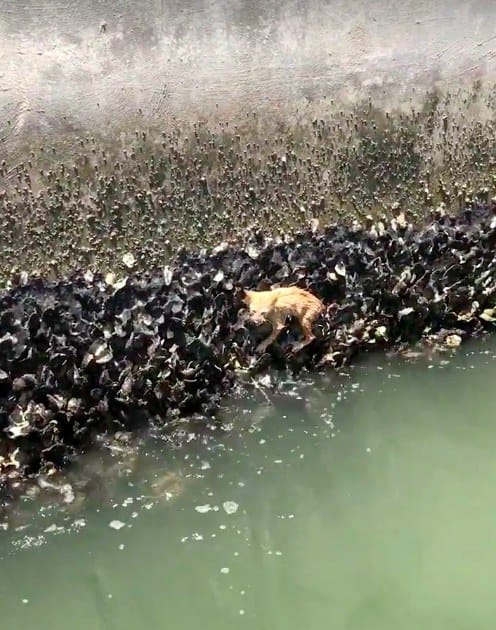 He was clinging to the oysters and I actually thought it was an octopus or bug crab from a distance. I told my son to go see and as we got closer, we saw it was a tiny kitten.

As soon as the kitten saw them, he started to cry out, desperate to be saved, and the family launched into action, rowing towards him in a bid to save him.

He was perched very precariously on the shells and the tide kept pushing them away, but they soon had the hardy feline safely in the boat. 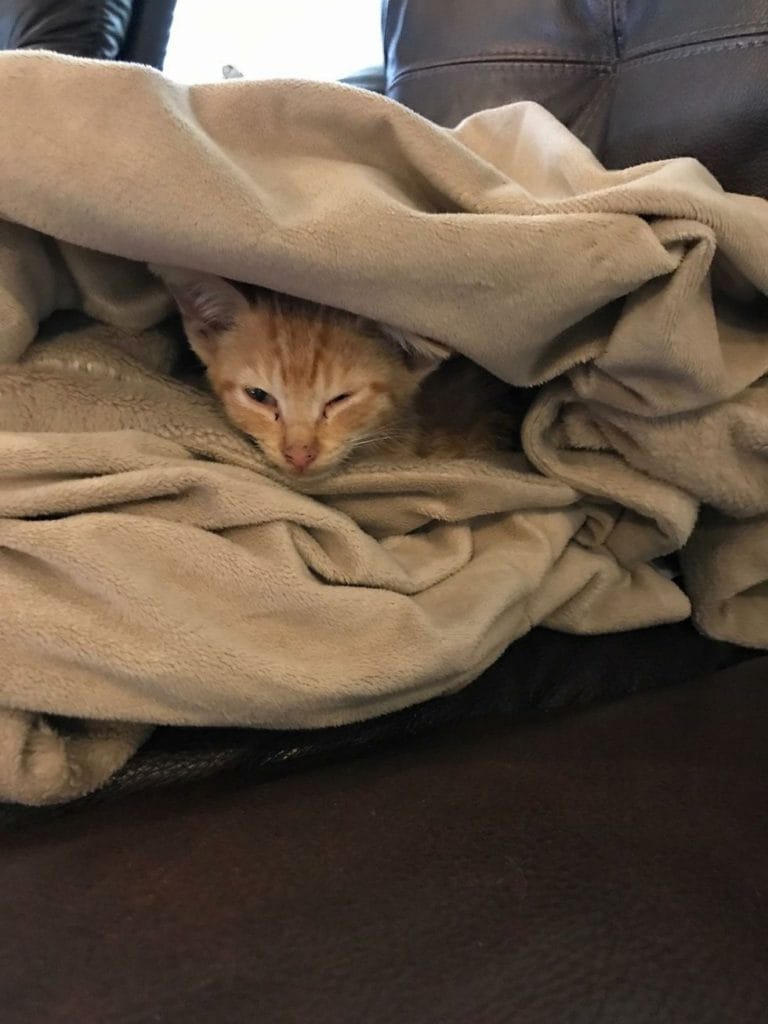 Port Royal Veterinary Hospital, where he was treated for dehydration, saline ingestion and scrapes on his belly, said that the kitten was only around 5 or 6 weeks old, younger than most kittens are separated from their moms. Because of where he was found, and the fact that another kitten was found on the bridge above, Robert suspects that he was dumped and fell down one of the storm drains.

Luckily for the little cat, now named McTeer, he was saved just in time and recovered quickly. A video of the rescue uploaded by Dee to Facebook has been viewed over 120,000 times, and the family received dozens of requests to adopt the feline. However, the Gecy's decided to adopt him themselves, as a companion for their other cat, another rescue called Toby. 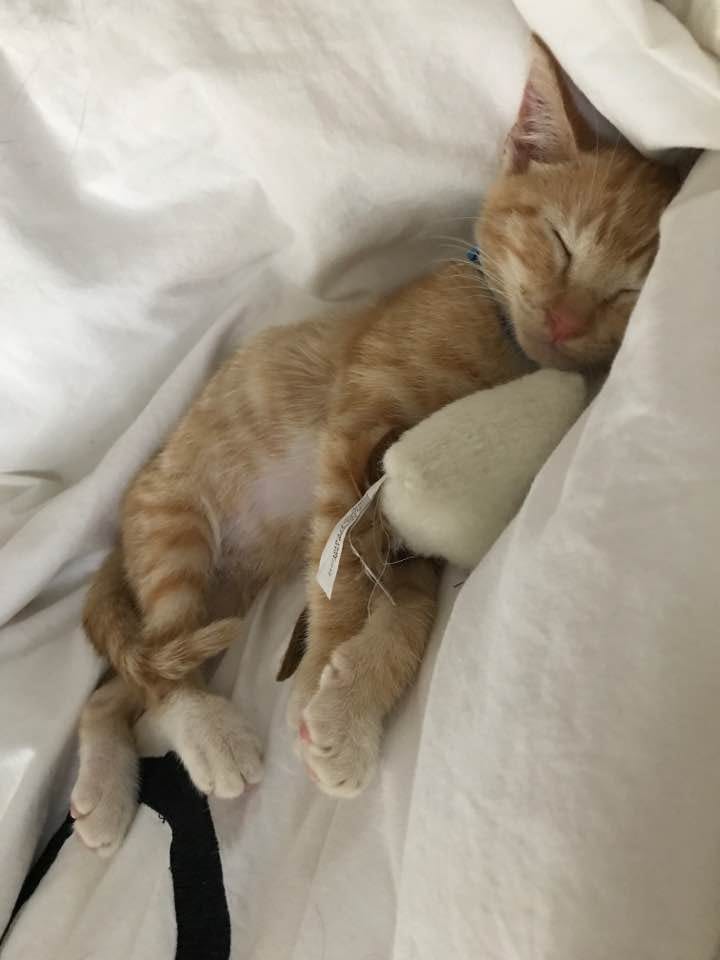 McTeer appears to have recovered from his terrifying adventure, appearing in videos on Robert Gecy's Facebook page and playing happily in a live-stream for his 'fans':

He meows all the time! He purrs when you pick him up and cuddle and he likes to sit on your chest up by your face. He is sociable and doesn't hide when new people come over. He loves people!

We rescued a tiny kitten today that appears to have been thrown off the bridge! He couldn't be much more than 4 or 5 weeks. He was very lucky and only appears to have minor scrapes from the oysters! His name is McTeer!