On August 9, a tiny kitten caused quite a stir at Busch Stadium in Missouri during a baseball game between the St. Louis Cardinals and the Kansas City Royals.

The very unexpected furry guest dashed onto the field during the sixth inning, seemingly coming out of nowhere.

The curious feline made his way across the field before Lucas Hackmann, a member of the grounds crew managed to secure him and take him out of harm's way.

The young man escorted the car, who looked very unhappy to leave, off of the field and even incurred an injury along the way from the plucky animal. 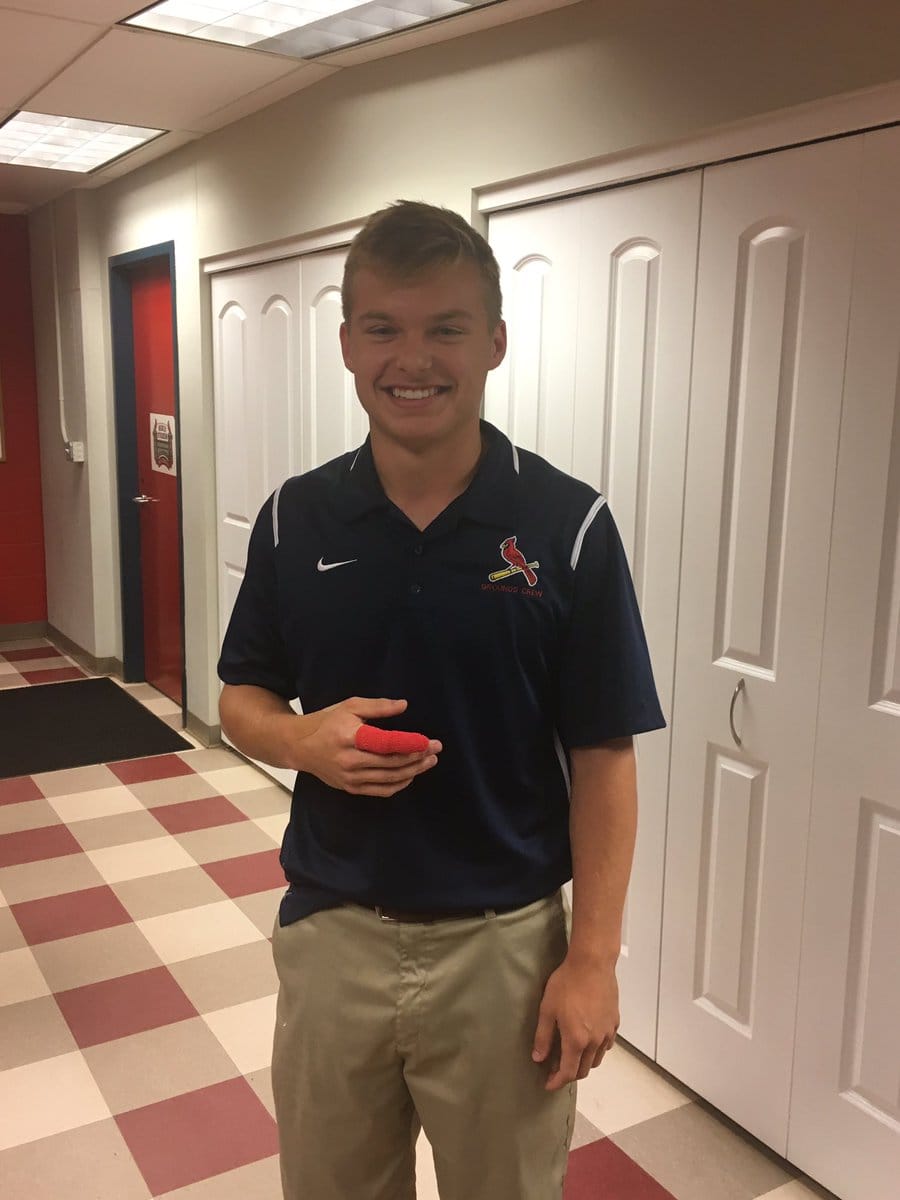 Only moments later after the kitten was gone, Yadier Molina, a player from the Cardinals, hit a grand slam leading the team to christen the little cat 'their good luck charm.'

As Hackmann left the stadium, a member of the audience began to claim that the kitten was hers and abruptly took the feline from the grounds crew's hands. However, she later lost the feline and his whereabouts became unknown. 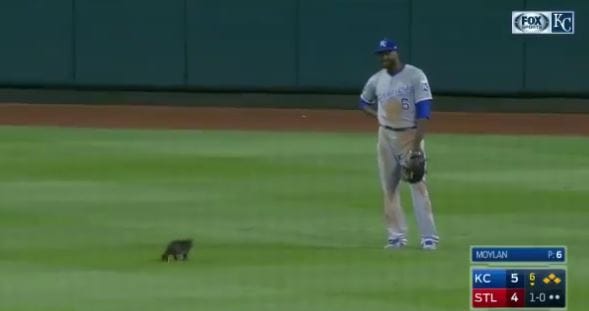 The Cardinals baseball team was determined to find their little good luck charm and luckily, a few days later, the kitten, now named 'Rally Cat' was found. He is in the care of St. Louis Feral Cat Outreach, and after a quarantine period, the baseball team hopes to adopt him.

STLFCO released a statement saying that they have not yet made any permanent plans for Rally Cat's future but the Cardinals hope that they will be able to look after the feline nd give him the happy home he deserves. The video of the cat making his unexpected entrance has become an online hit with fans everywhere sending their good wishes.

Watch the  video of the mischievous animal below:

All this cat wanted was a little love from LoCain. Instead, he got escorted off the field. #Royals pic.twitter.com/r2QvHmdaRq