But Patsy Gibbons, from Kilkenny in Ireland, is a little more generous than your average man. 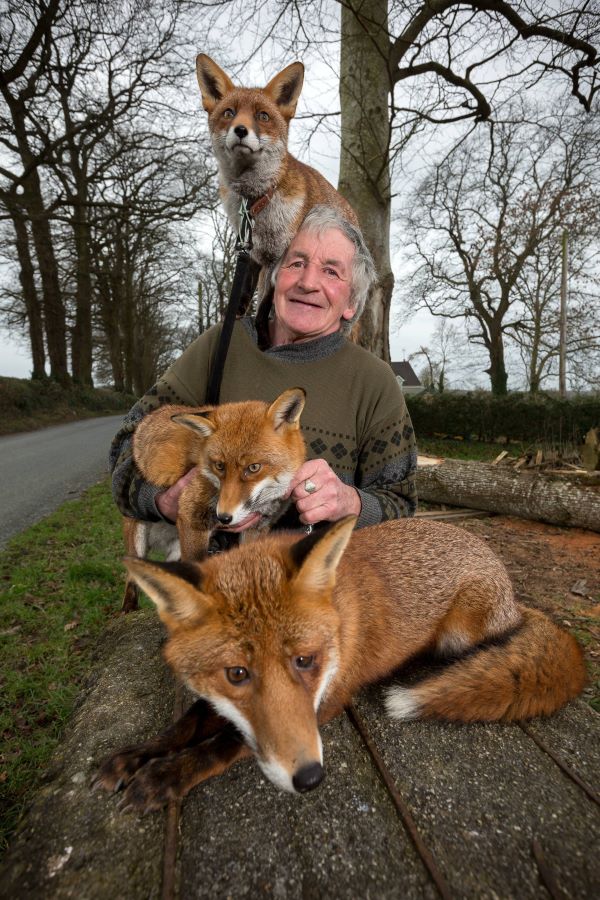 The fox-lover has rescued three of these animals, who are now living with him: meet 7-year old Gráinne, 5-year-old Minnie and 11-month-old Henry, who have quickly become the main attractions of their village.

Patsy started by adopting Gráinne seven years ago when the animal was just seven weeks old. He later welcomed into his home two more foxes that his neighbours brought him after hearing about his extraordinary passion for animals. 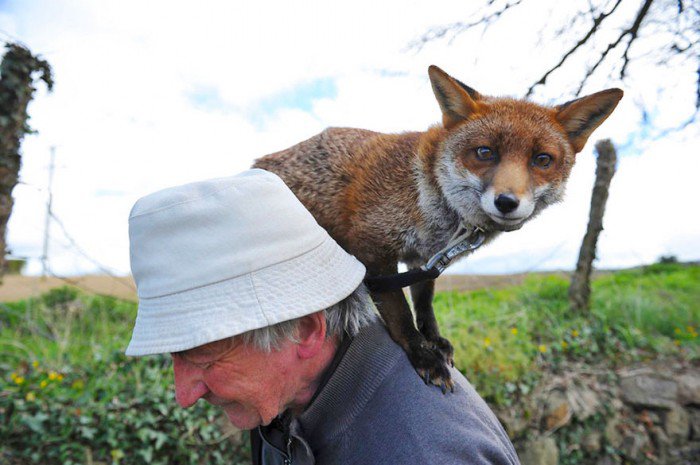 I never set out to have pet foxes. It just happened. […] My brother-in-law found [Gráinne] in a box looking for heat in a storeroom close to Columba’s Hospital in Thomastown. […] I took her to the local vet and so I just continued on caring for her and haven’t stopped.
Minnie was brought to me as month-old pup after a woman found her in Kilmaganny as word began to spread that I was already looking after Gráinne. And Henry was brought to me by a man living in the nearby town of Graiguenamanagh after he was attacked by a dog. 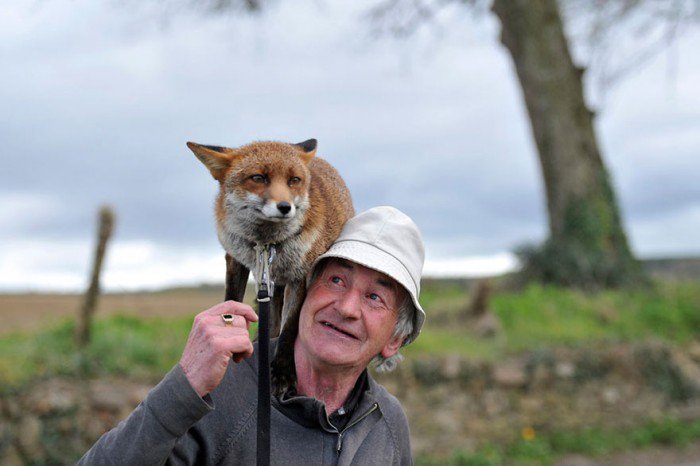 Patsy never intended to keep the foxes at first. After making sure they were healthy, the man tried to release them back into the wild. But the animals knew they owed him their life: they came back of their own accord and chose to stick by his side.

Of course, Patsy doesn't exactly go unnoticed when he walks through the streets of his village draped in foxes. He's become a bit of a local celebrity and has even started touring primary schools with his foxes to teach children about the animals. The man is happy to conclude: 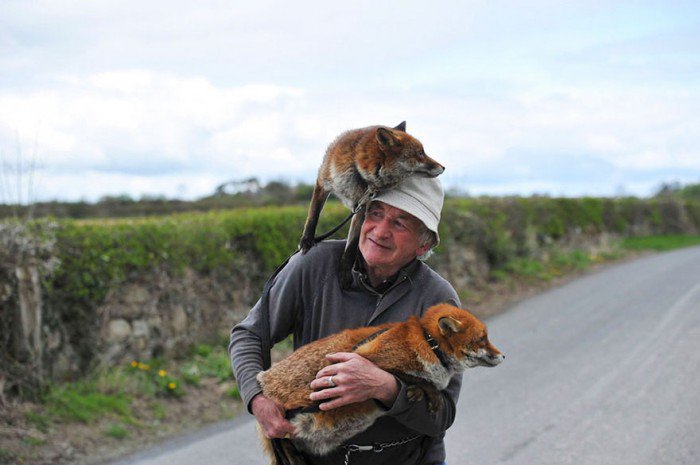 I now have people from all over the country and indeed the UK asking me for advice on looking after foxes. I’m no expert and I’m still learning from them day-by-day. I’m happy to advise as a lay person. 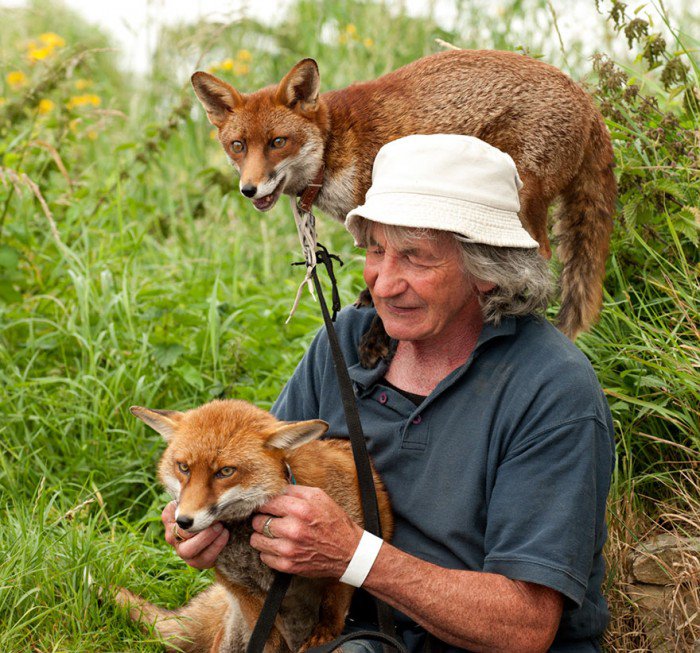 Have a look at the very touching video of Patsy and his incredible foxes: