An Indian wildlife protection society has called for better education about poaching after a hyena was found severely injured by a jaw trap in Kahari village, Agra, in the northern Indian  state of Uttar Praedesh.

Early in January, Wildlife SOS  were alerted about a hyena trapped in a culvert by local farmers. The hyena, thought to be a 7-year-old male, had been chased by poachers before taking shelter in the culvert. 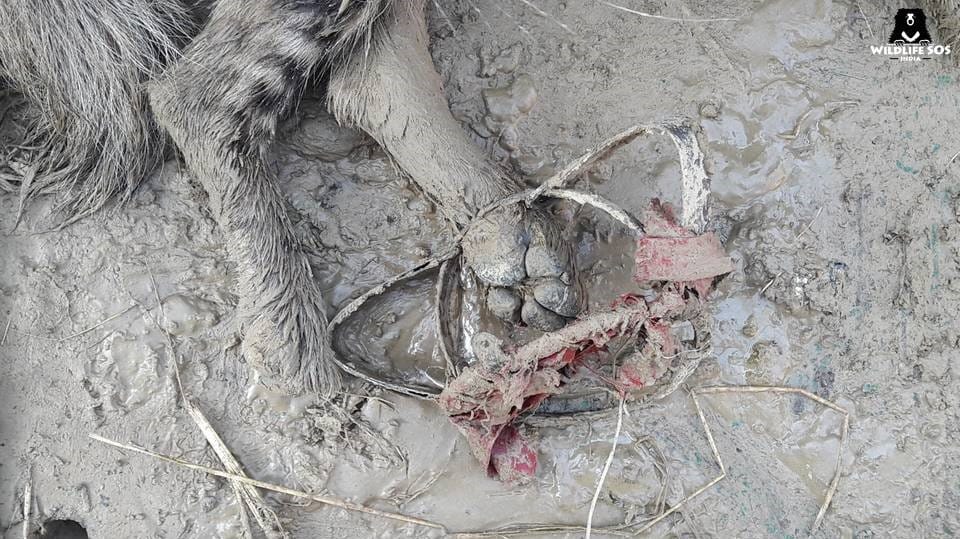 A team from the Agra Bear Rescue Facility was able to drain the water from the culvert to eliminate the risk of the animal drowning. Despite a crowd of some 500 people from the village, rescuers were able to coax the frightened animal out of the culvert and transport it to an animal hospital for treatment.

The hyena suffered  severe tissue damage to its left hind leg and remains in a critical condition at the Wildlife SOS hospital, as reported on their website:

Rescues like this one can be exceptionally nerve-wracking as both the safety of the public and the animal needs to be kept in mind. With a huge crowd of nearly 500 people gathered around, the rescue was extremely challenging. It took over two hours for the rescue team to safely extricate the hyena and as it was under excruciating pain, we had rush to the Wildlife SOS animal hospital for immediate medical intervention. 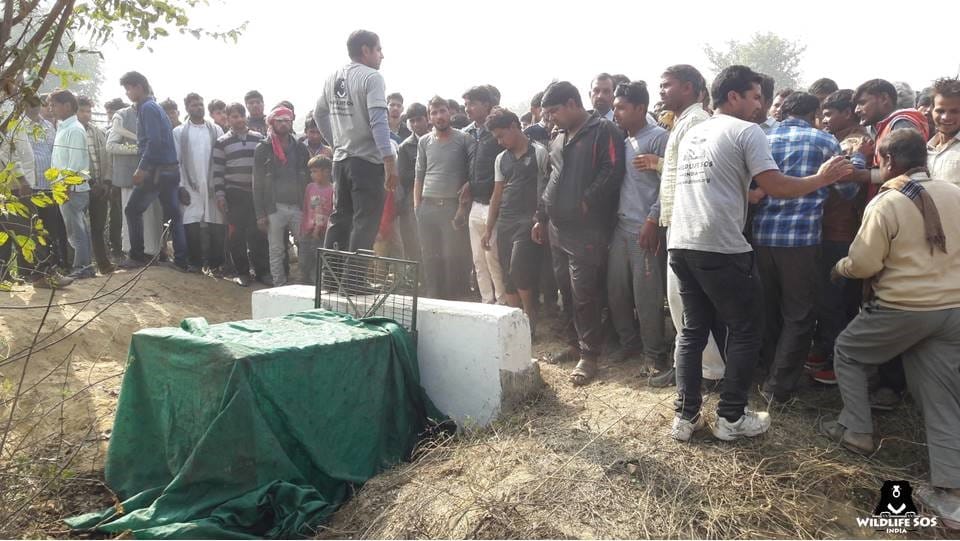 Just months earlier in Pulphur village, Agra, another male hyena was found caught in a jaw trap also set by poachers. Striped hyenas are classed as 'near threatened' by the International Union for Conservation of Nature (IUCN), which estimates that there are now less than 10,000 mature striped hyenas in the world.

In a statement on their website, Wildlife SOS said:

A thorough examination revealed severe damage to soft tissues in the hind leg caused by the jaw trap. We are currently providing medical treatment & intensive care and hope the animal can recover. However, the prognosis looks grave and will depend on how the animal responds to treatment. 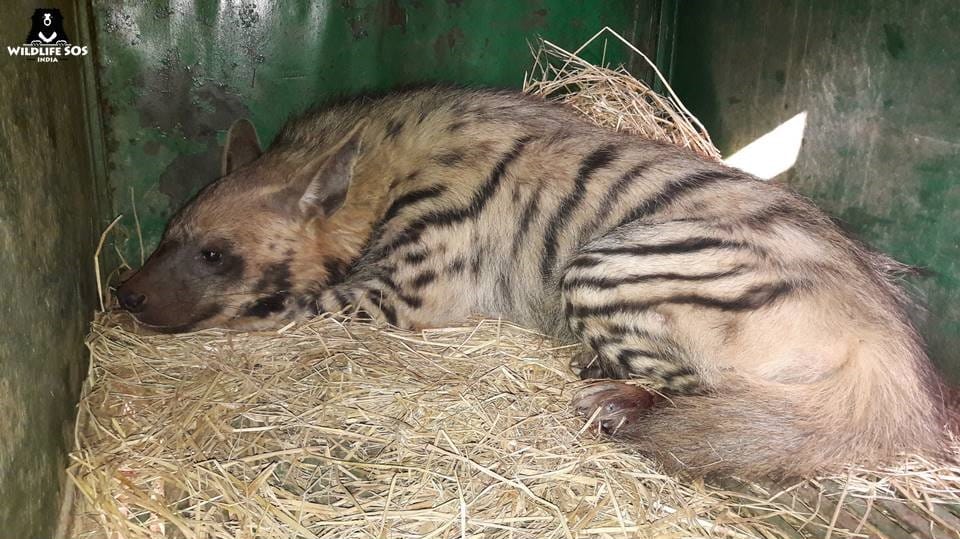 Striped hyenas are protected in India under the Wildlife Protection Act of 1972. Wildlife SOS has called for education to be offered to locals about ''the illegality of such offences'' in order to ''empower people with knowledge about the law.''

You can read more about poaching and animal protection in the US here.