Every year, thousands of seals are brutally murdered for their fur. Seal hunting is the number one largest slaughter of marine mammals on Earth, with over two million of these animals killed since 2002. 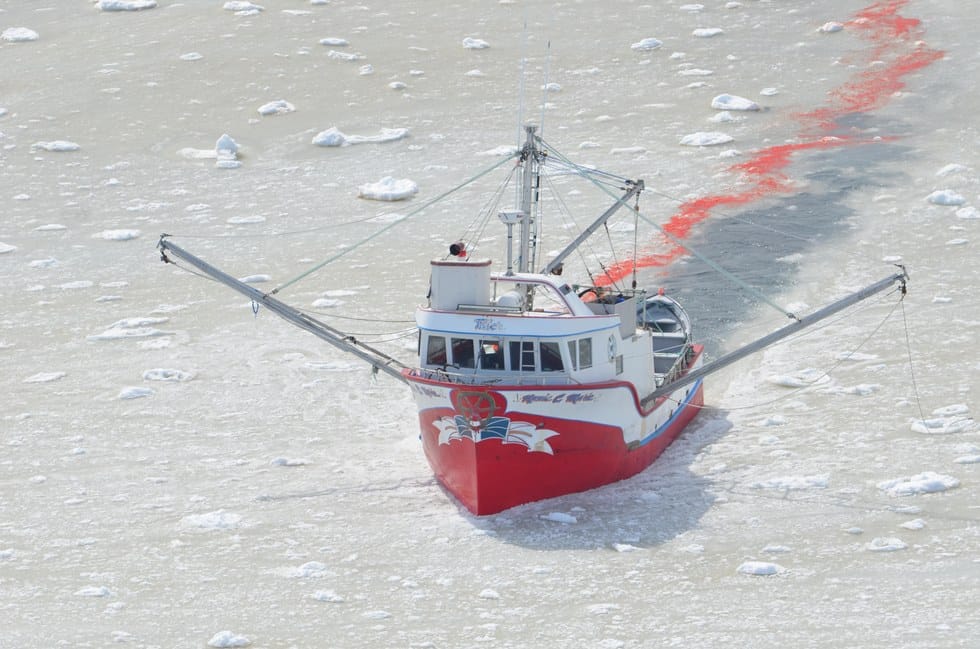 In Canada, they have already opened the hunting season on seals. Despite the normal grace period the government gives in order to protect nursing baby pups from March to early-April, this year it started ahead of schedule.

Hunters prize the fur of young pups, born in the spring. Law requires them to wait until the babies' fur changes from white to gray, but this can often start as young as 12 days old. 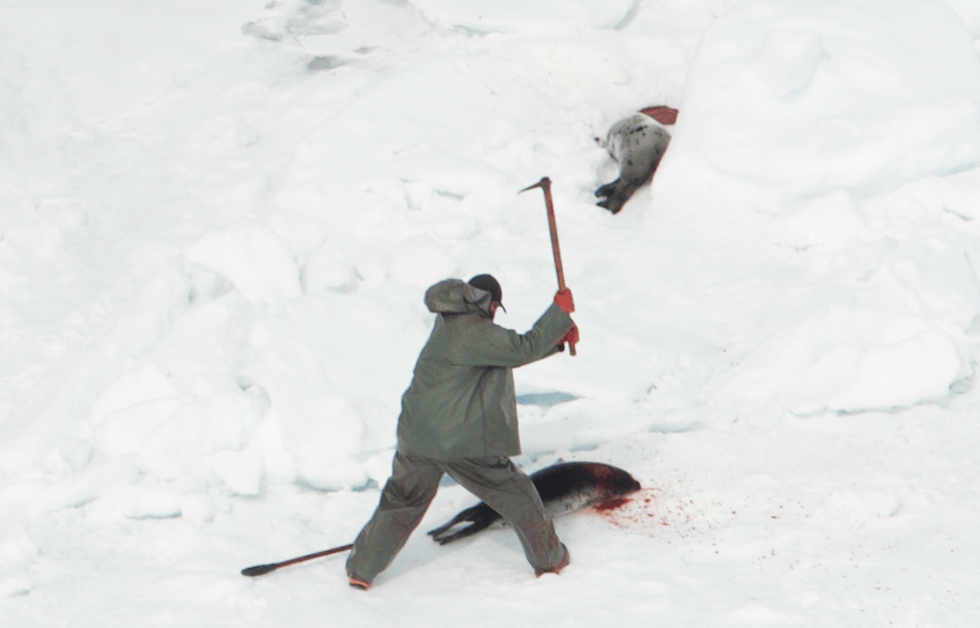 Nearly 98% of the seals killed during the annual event are under three months old. Many of them have just finished nursing, and can't even hunt their own food yet.

This year, PhocaLux has lobbied the Canadian government to open the season early, claiming they only intend to kill adult male Harp seals for their meat and oil. 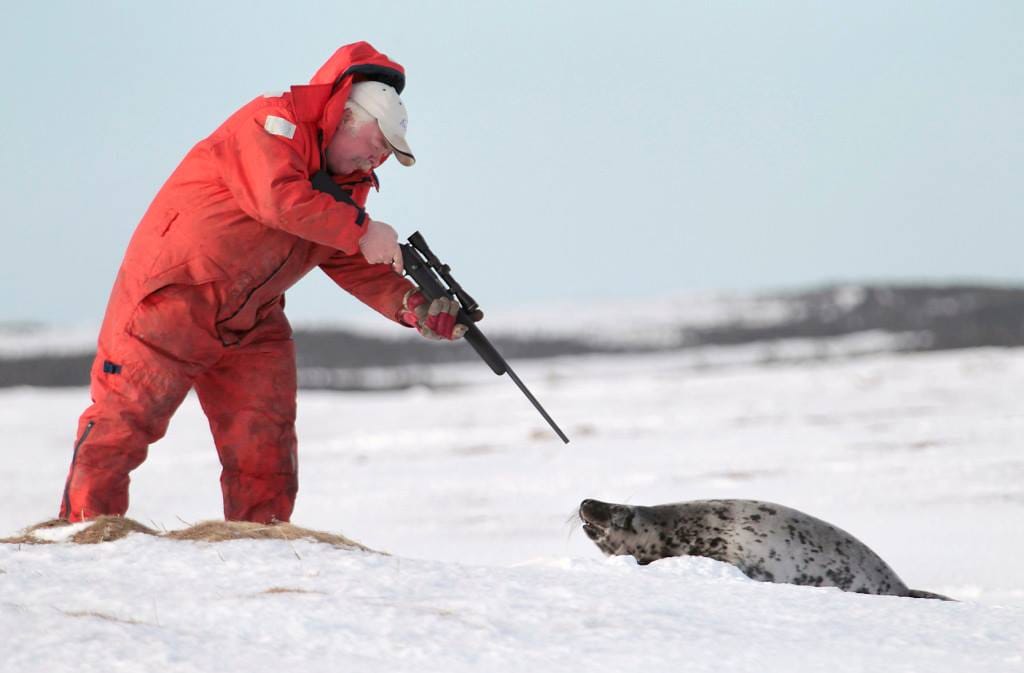 However, even if they abide by this, it is impossible to tell the difference between males and females from afar, which could result in the death of nursing mothers, and therefore, the starvation of their babies.

Rebecca Aldworth is the executive director of Humane Society International (HSI), which has consistently campaigned against this cruel industry for years. 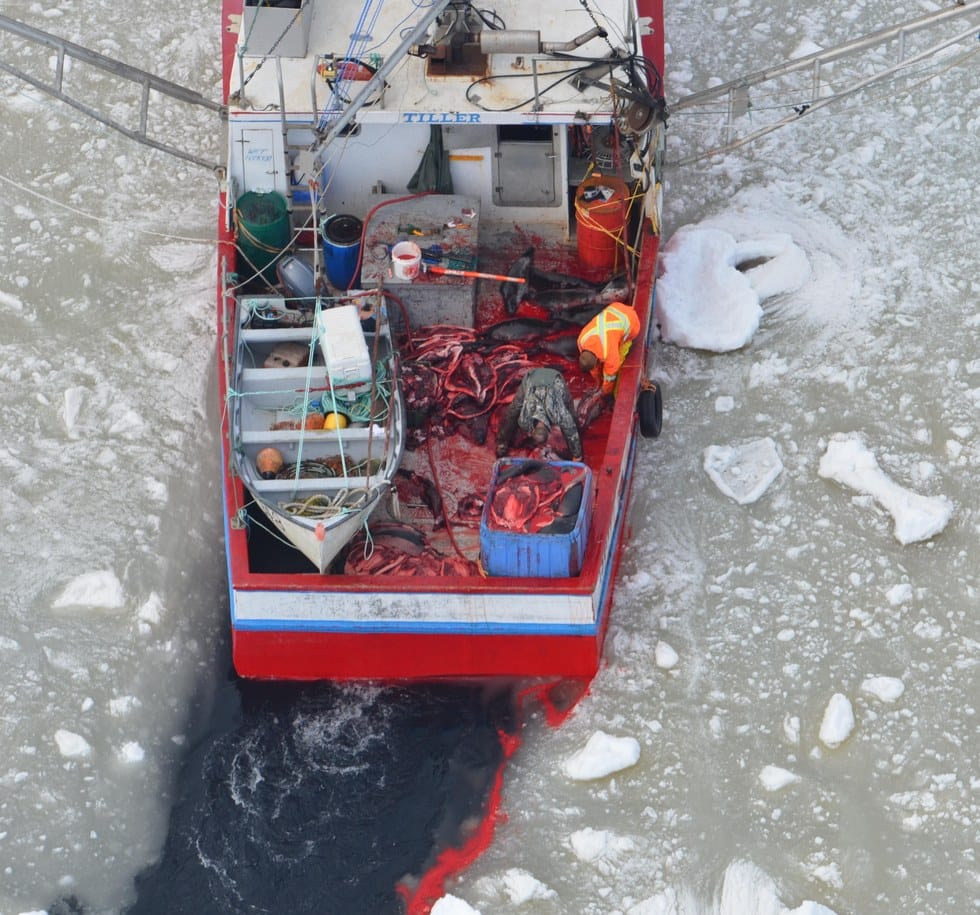 She told The Dodo:

An independent panel of veterinarians have called the hunt "considerable and unacceptable suffering."  The animals are often bludgeoned to death with a heavy wooden club fitted with a sharp point, so that the highly prized furs aren't ruined. 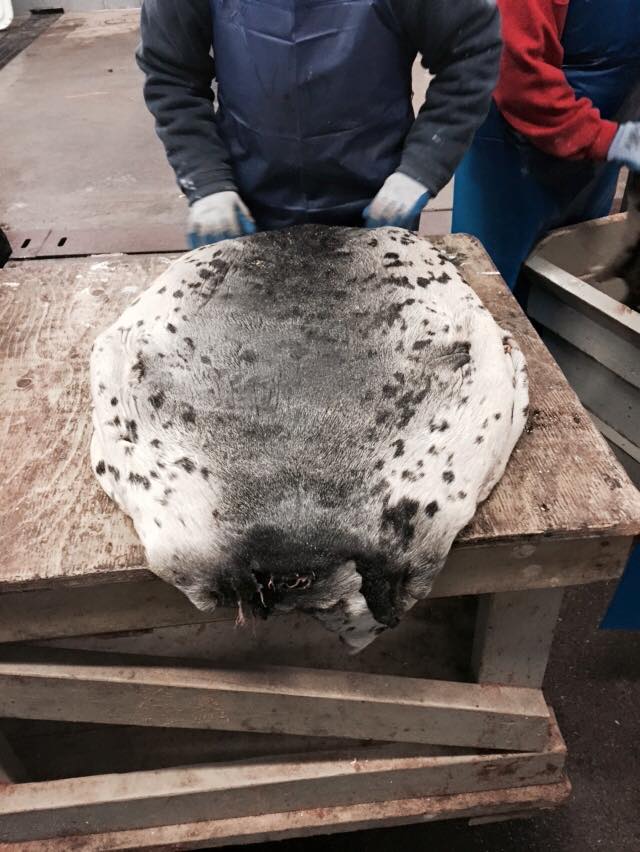 This means that 82% of the animals aren't killed on the first hit, and are left to suffer needlessly. Many aren't even verifiably dead or unconscious before they begin the skinning process.

After April 10, the field will open to all companies, not just PhocaLux. A hunting boat is allowed to kill up to 400 seals per day and an individual up to 250.

Resulting in the deaths of tens of thousands of the animals each year.

Contrary to what many defenders of the trade would have people believe, the population of the seals isn't booming. It has tripled in recent years thanks to regulations on the industry, which had decimated the population by almost two-thirds throughout the 1950s and 60s. Numbers are simply returning to normal. 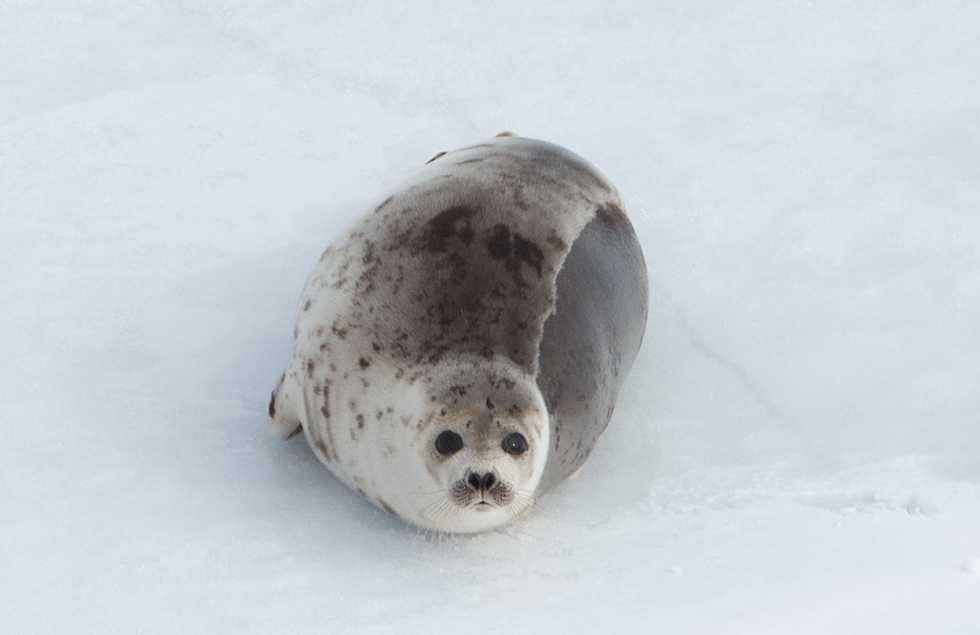 The hunts are in addition to the difficulties the harp seal is facing due to climate change. The animals give birth to their babies on ice, and need it to remain solid until the young are strong enough to swim on their own.

The Canadian government reports 100% mortality rate in areas where the ice melted too soon or didn't properly form.

Canada is one of the biggest contributors to the slaughter, despite less than 6000 fisherman who actually participate per year, around 12% of the country's fishermen. 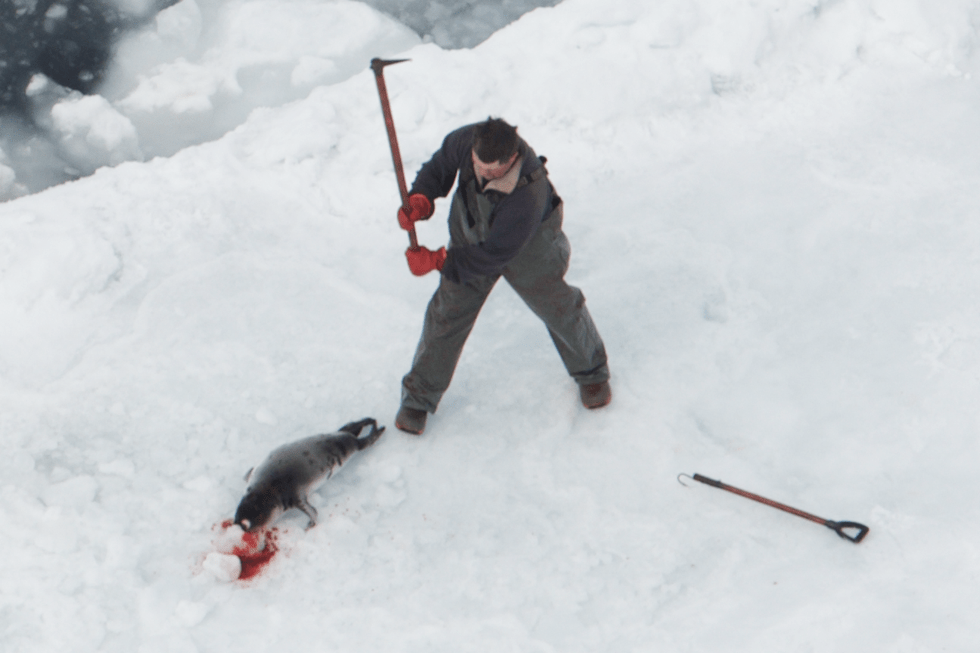 The demand for seal based products has significantly declined. The United States banned them in 1972 and the European Union followed suit in 2009.

The price a hunter could expect from a seal pelt dropped from $97 to $27.23 since 2006, clearly showing that the market for the fur is heavily affected by the increase in public knowledge about the cruel process of obtaining them.

The Canadian government is intent on continuing the practice and spends over $5 million subsidizing the failing industry, which brings in just over $1 million per year.

Despite the government's claims, this is not the main livelihood of these workers. It is on average only 5% of their yearly income, which is largely dependent on commercial fishing. 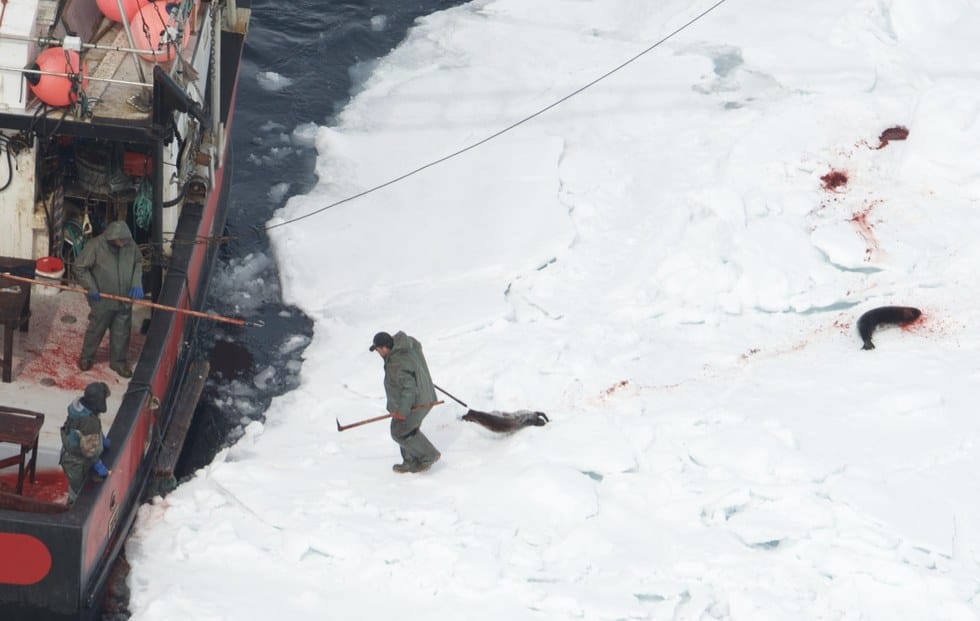 Because of the diminishing demand, many fur buyers are noting that they have stockpiles of seal pelts accumulated in warehouses.

It would cost the government less money to buyout and shutdown the commercial sealing industry than to continue subsidizing it.

So what can be done to convince officials to shut this down? 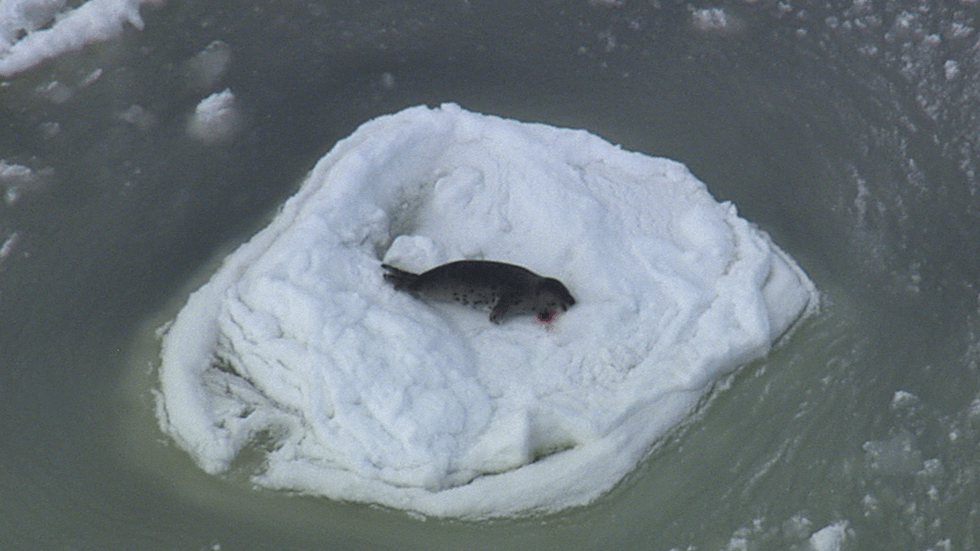 Foreign governments have already put in place boycotts of Canadian seafood in an attempt to use financial pressure to change things.

You can support this movement by contacting your local representatives and express your approval of these measures.

Canadian citizens, around 70% of whom claim to be against the hunt, and international supporters can sign and send this message to Prime Minister Justin Trudeau, asking him to buyout the commercialized sealing industry to put a stop to it for good.

You can also donate to Humane Society International which has been actively fighting the hunt for 18 years. Watch their video documenting what they've witnessed, here (Warning: very graphic content).