On 10 April, police broke into a home in Toliara, Madagascar, and found 11,000 critically endangered radiated tortoises, as reported by The Dodo.

The radiated tortoise's decorative, high-doomed shell has made it a target for poachers and animal traffickers around the world.

Many are shipped to Asia to be sold as luxurious pets; in other cases, the tortoises are sold for their meat. 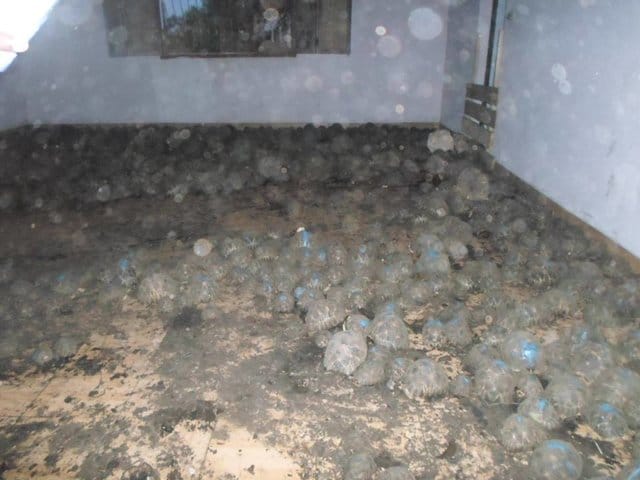 A room filled with tortoises in the raided house. Source: TSA

Rick Hudson, the CEO of Turtle Survival Alliance (TSA), described the raid to The Dodo:

Every room was covered with tortoises. This is the largest confiscation that we’ve ever dealt with with any kind of turtle. It’s just of monumental proportions.

No-one knows how long the tortoises had been kept in the house for. They had certainly been neglected for some time; 300 of those rescued have since died of illness or diseases they picked up in the house. 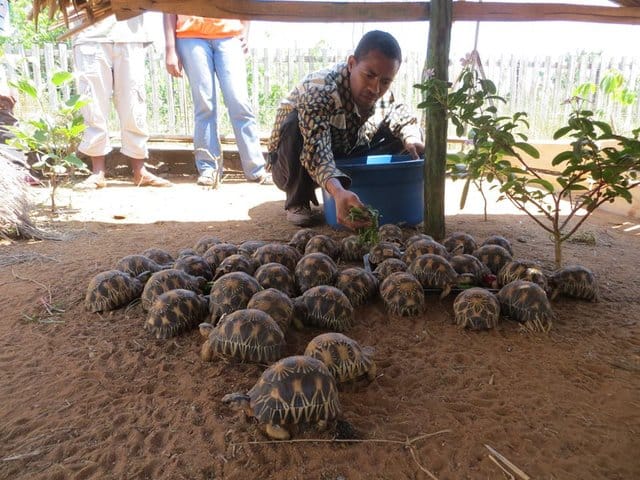 Hudson described the conditions to The Dodo:

We saw no evidence of food or water. Typically they [wildlife traffickers] don’t seem to think that tortoises have any biological needs. They just keep them until they’re ready to ship them.

The tortoises' ordeal is still not over. Though rescuers have done all they can and the tortoises have been transported to a nearby sanctuary, staff are struggling to care for the overwhelming amount of animals.

It's hard to know just how many radiated tortoises are still left in the world, but the outlook is grim. Hudson told The Dodo:

This used to be one of the most numerous tortoises in the world, estimated at 12 million, and now we’re just watching this rapid decline […] We’re looking at a species we thought we’d never lose because they were so numerous … but now they’re undergoing this catastrophic decline. We keep asking ourselves, ‘With all of these tortoises being confiscated, where is the end? 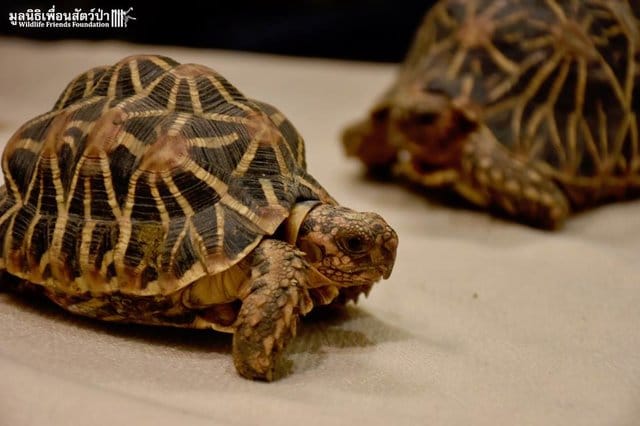 Radiated tortoises are sought-after for their decorative shells. Source: Facebook/WFFT

The scale of the seizure clearly illustrates the potentially devastating impact harvesting of protected species can have on populations. In some parts of its range, as few as 27 radiated tortoises occur in every square kilometre of suitable habitat: that means as much as 400 square kilometres could have been completely cleaned out of the animals [with this recent seizure].

Though three men have been taken into custody in connection with this most recent seizure, there a still a number of questions which remain unanswered with regard to this latest seizure.

Local authorities have clearly disrupted a poaching network, but it is still unknown how many people were involved or where the turtles were destined to be sent.

You can support TSA and the incredible work they do by clicking here, making a donation and helping them to continue saving animals.