Layla, a one-year-old Pit Bull from Brooklyn, New York, seemed to have the dream life. She was living with a family and two other dogs, but she was especially close to two of the five children, a two-year-old and a seven-year-old. 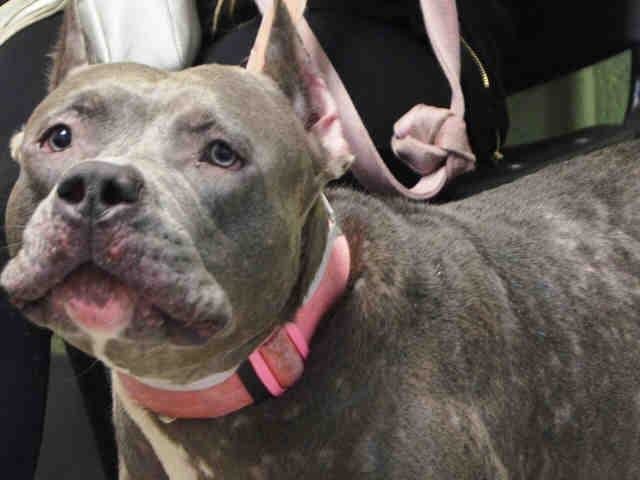 But all that changed when out of no where, her family decided that they had too many animals, and one had to go.

That one was Layla. And so, she was brought to a kill shelter to await her fate.

After a cozy family life, living at the shelter was extremely stressful for Layla. She became introverted and shy, clearly overwhelmed by the new environment, after being taken away from all she'd ever known. 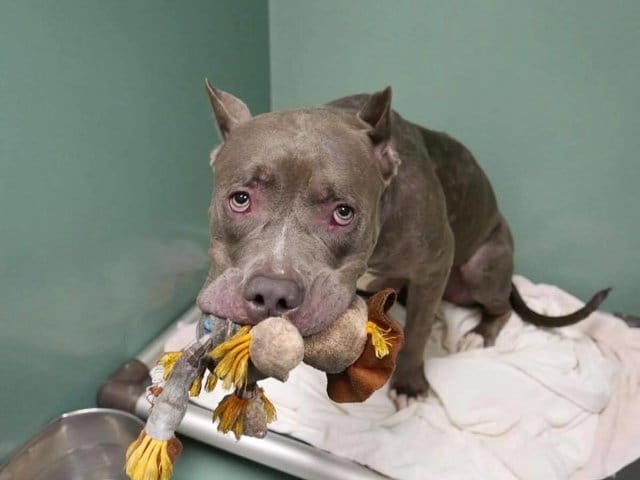 Her only comfort was a stuffed animal that she took with her everywhere. Julie Carner, who rescues dogs, wrote on Facebook about her:

SHE WONT LET GO OF THE ONLY THING SHE HAS LEFT IN THIS WORLD – HER STUFFY … She carries that stuffy down the street and through the yard – never letting go.

Shelter workers and rescuers posted a desperate plea, urging someone to come adopt this beautiful girl before it was too late, as her time was running short. 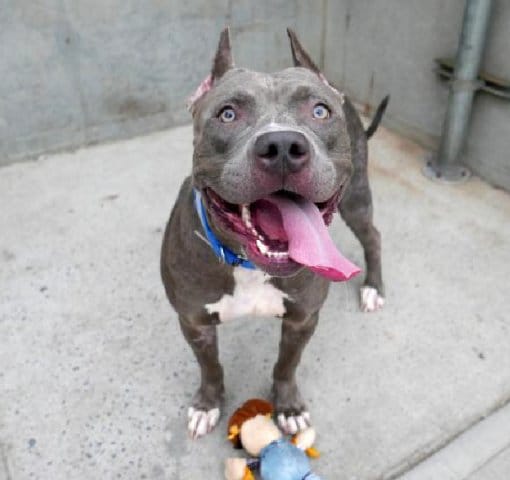 Don’t let this darling girl die because of the failure of her parent to invest the time in her that every pup deserves.

Thankfully, Rescue Dogs Rock NYC heard about Layla's situation, and managed to pull her out just in time. 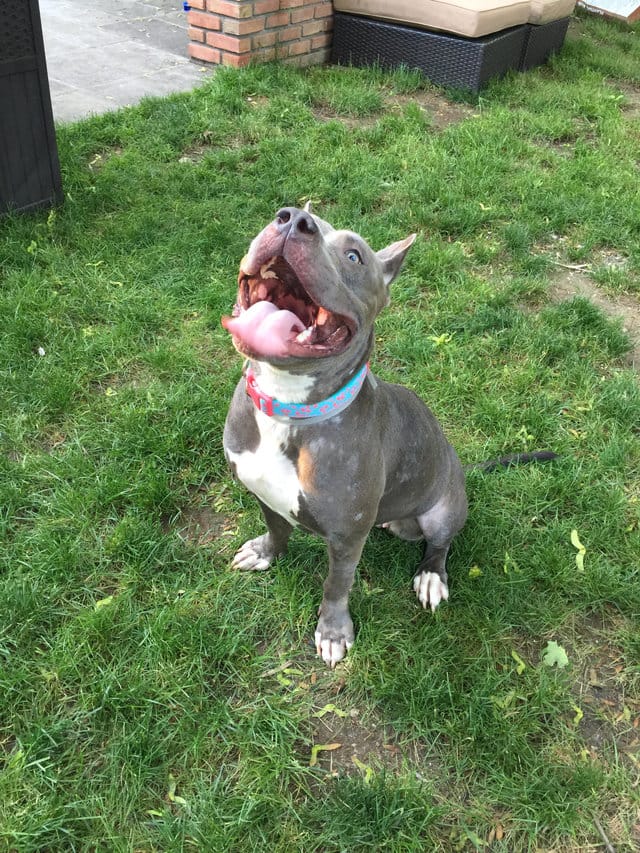 Jackie O'Sullivan, one of the co-founders, explained to The Dodo:

She decompressed very quickly. She’s out in the yard playing. She’s doing really well, and she’s obviously a great dog, and we expect her to be adopted really soon.

For the moment, Layla has not yet found her forever family. Her information can be found, here, and if you or someone you know is interested in adopting her, you can fill out an application, here. 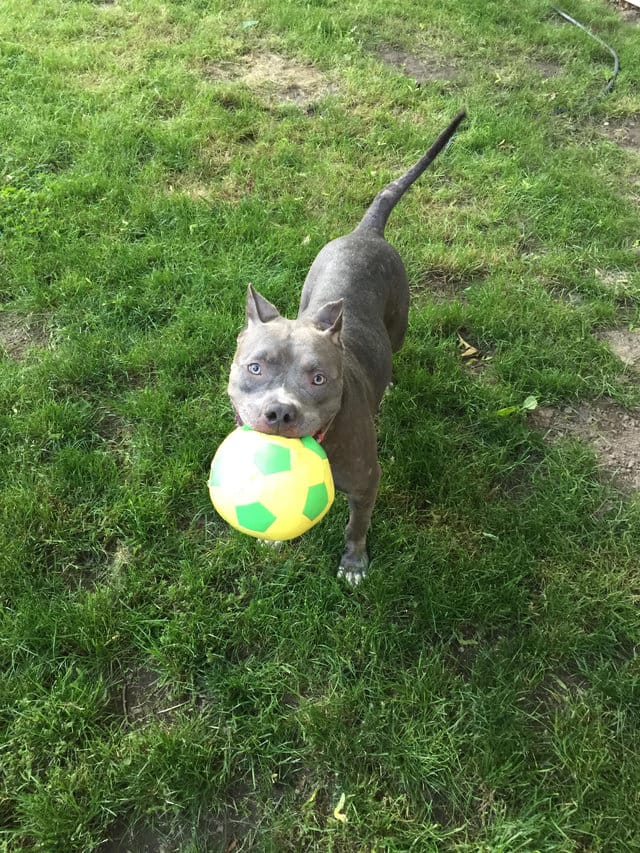