Elaine Seamans was visiting the Baldwin Park Animal Shelter one day as a volunteer when one cat grabbed her attention.

The feline was meowing for help. Valentino had severe mange, which is relatively rare in cats, but is extremely contagious to cats, dogs and humans alike.

His condition was so serious, that his eyes had been sealed shut from the dirt and crust that had hardened his fur. 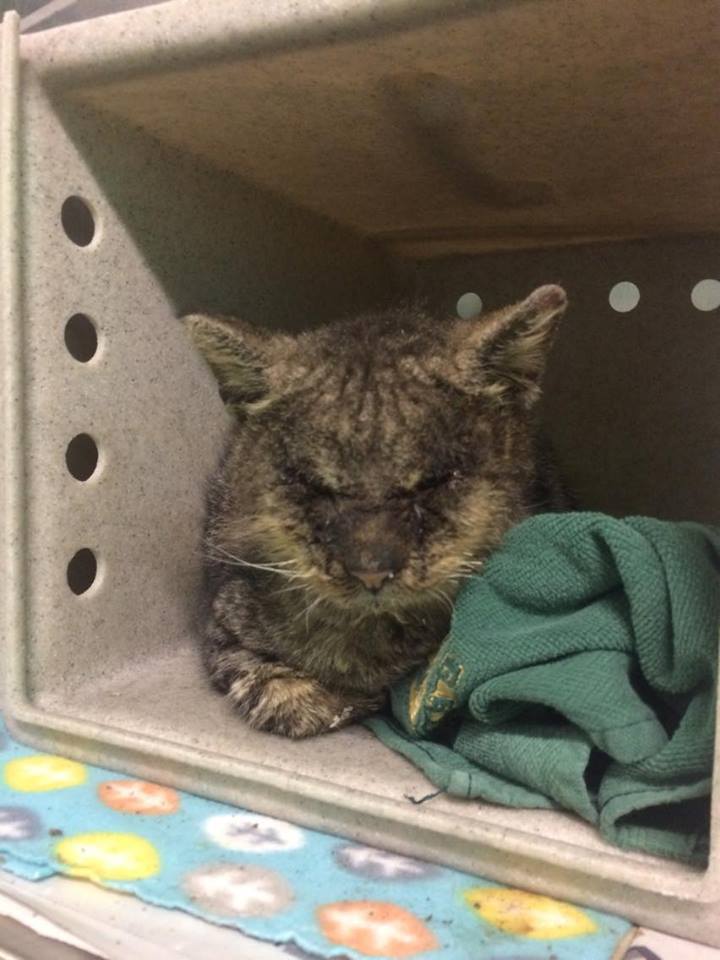 He reached out with his little paw and made the tiniest meow. It was like he was screaming without verbalizing it: 'Please help me.'

Despite his contagious illness, that did not stop the woman from picking up the sweet cat and holding him close to her. And it seems that was just what he needed. 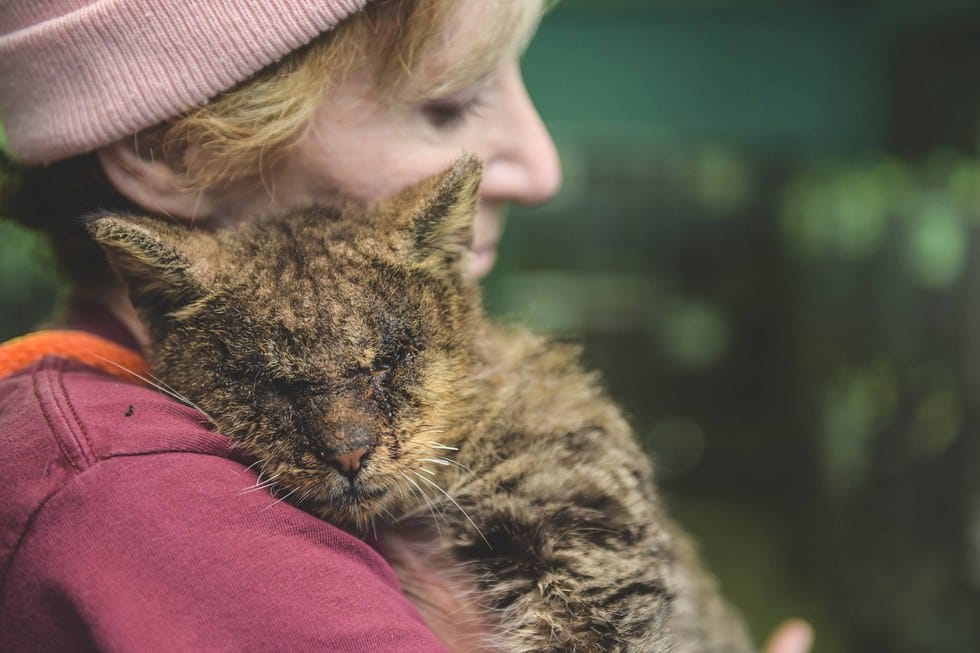 He began purring and became totally relaxed, finally receiving the love he so desperately needed.

When I picked him up, he put his little head on my shoulder. That was it. I had to get him out. 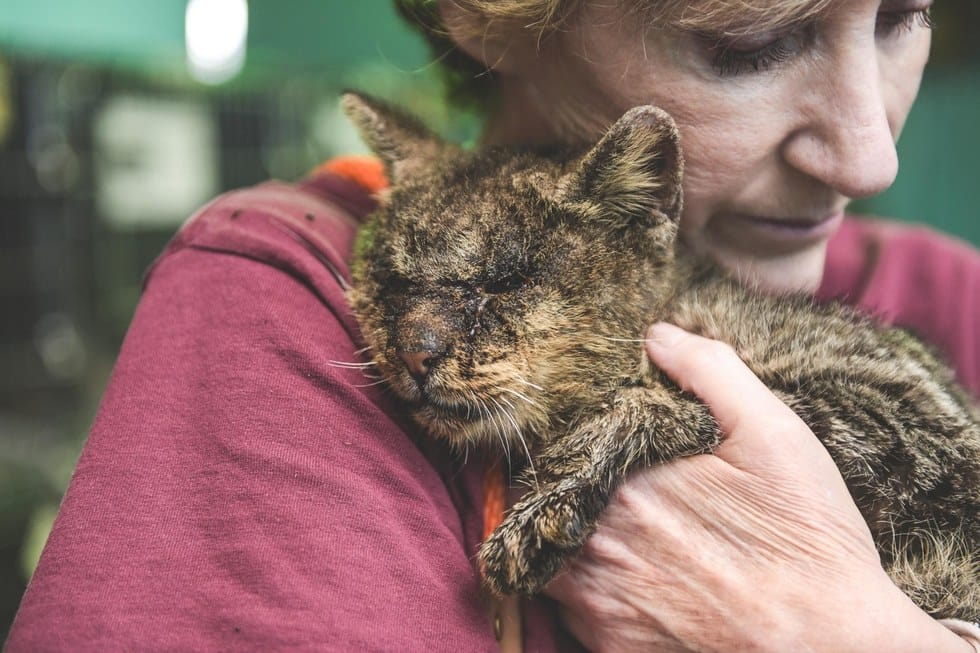 Seamans is the founder of the At-Choo Foundation, a group who funds and supports animals in urgent need of medical help that most shelters can't provide.
She immediately called one of her contacts, Toby Wisneski, founder of Leave No Paws Behind.

Wisneski heard Valentino's sweet meows on the other end of the line and instantly knew that she had to help. She quickly brought the feline to the vet, where despite the fact that he couldn't see anyone, they all fell in love. 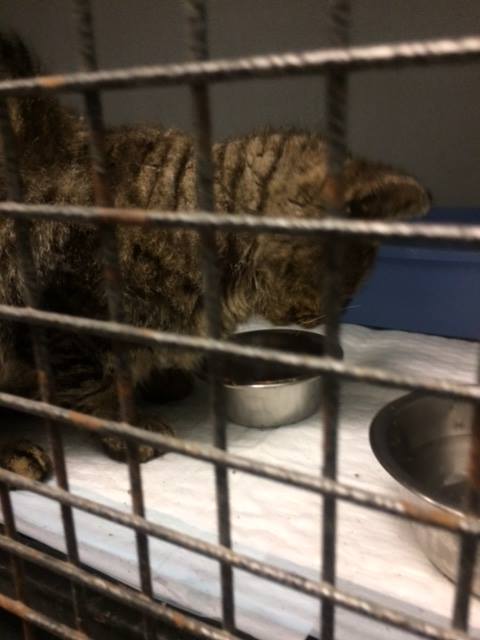 He couldn't move and he couldn't see. But God love him, he's a fighter. Everybody just adores him and they're very protective of him. His prognosis is excellent and once he gets through this, he's going to have a long life ahead of him.

The cat has had his share of ups and downs in the recovery process. He is currently in quarantine for a week to two weeks to avoid spreading his illness, where he has been slowly eating and his eyes have started to open up, but he recently crashed due to his infection. 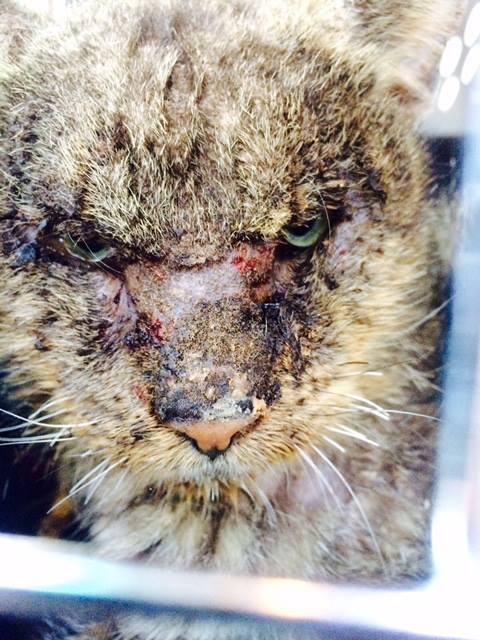 Wisneski rushed him to emergency care where he is resting and stable. Valentino will be looking for a foster home when he completes his recovery, if you would like to follow his updates or learn more about fostering if you live in the Los Angeles area, you can do so on their Facebook page. 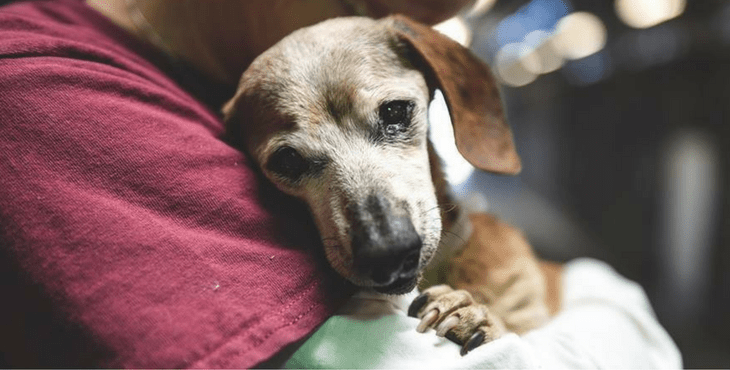