There are plenty of cuddly cats, with all sorts of fur; long, short, or even no fur at all! But the Selkirk Rex is one of the few cat breeds who have naturally curly hair – right down to their whiskers – and they are very, very cute.

Also known as 'the cat in sheep's clothing' and the 'Poodle cat', the Selkirk Rex is a curly-furred breed that can have either long or short hair.

Although awareness of the breed from the general public has only come about very recently through social media, this fairly new cat can trace its roots back to 1987. In fact, all living Selkirk Rexs are descended from just one cat who was born that year – a rescue cat called Miss DePesto.

'Pest', as she was called for short, was the only one in her litter born with thick, tightly coiled curls. Her unique coat made her stand out and she was adopted by a breeder, who decided to try and see if her kittens would inherit her soft, special fur. 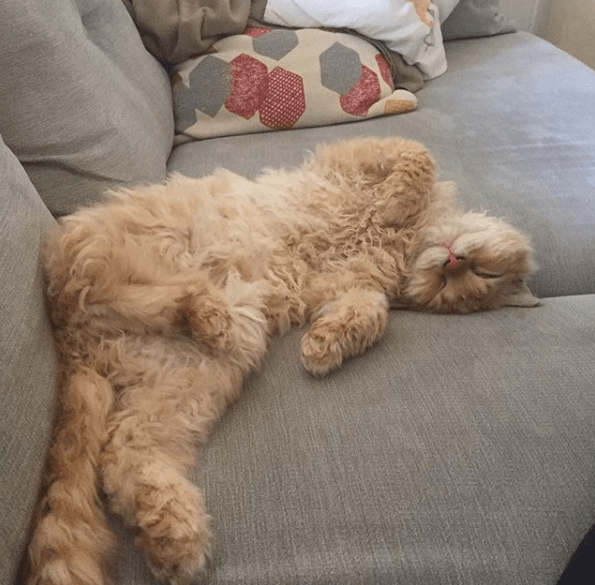 They did – or at least, some of them did. But even the fact that she had produced some kittens with straight hair was wonderful news, because that meant that the gene which made her fur curl was a dominant gene. Because of this, breeders can cross-breed Selkirk Rexs to other cat breeds without losing the curly trait, which is essential to avoiding inbreeding and the problems that come with it.

30 years later, these 'living teddy bears' have been proved to be genetically different to other curly-furred breeds. Their special coat lacks the bald patches of the Devon and Cornish Rex, and is thicker than that of the LaPerm – not that they're any less cute.

I've never seen a cat with curls until now pic.twitter.com/r7vE4XHTBM

Following the Twitter community's 'discovery' of this mellow, good-natured breed, we might soon be seeing them become more popular in people's homes. But, as an article from The Dodo on the adorable cats reminds us, 'the Selkirk Rex breed highlights just how important it is to adopt from a shelter,' as Miss DePesto herself was a rescue cat.

Although purebred animals can be extremely cute, the gift of a second chance is life-changing for a cat in a shelter. If you are considering adopting a cat, please research your local rescues and shelters, such as the ASPCA in the United States, or the RSPCA in the United Kingdom.