They say what goes around comes around. And that couldn't be more appropriate for the story of Rex, a rescued stray dog, and his tiny hummingbird friend, Hummer. 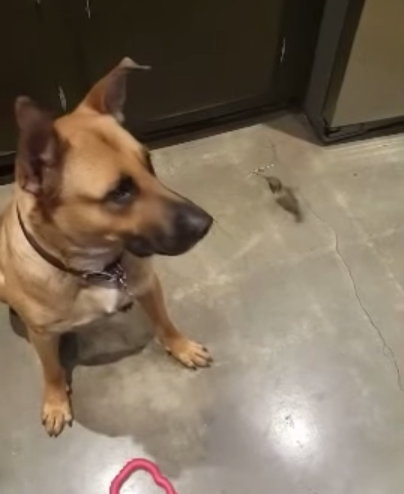 Rex, a young shepherd mix, was found on the streets of Whittier, Southern California, fending for his life. The feral dog had to fight off other dogs and beg for food to survive.

But thankfully Rex was eventually rescued by a local shelter and a kind man named Ed Gernon adopted him for good.

Barely a month after he had been in his adoptive home, Rex was no longer the dangerous dog living on the streets, he was a gentle and loving little pup. 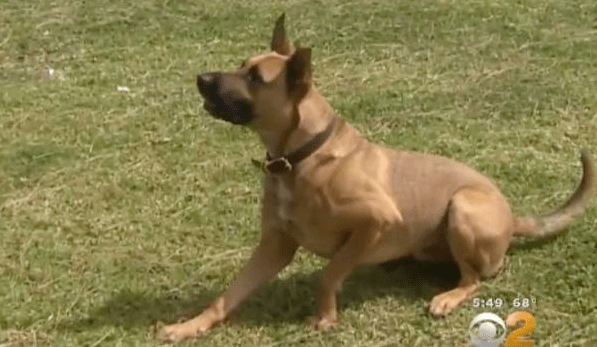 One day when the dog was out for a walk, he noticed a tiny hummingbird who was close to death by the trunk of a tree.

Gernon told CBS Local News about the way Rex was determined to rescue the sick bird:

And he suddenly stopped and he would not move. I mean, it’s tiny and it’s dead as far as I’m concerned. It’s covered in ants. It’s got no feathers.

So Gernon decided to nurse the bird back to health and he named her "Hummer". At the beginning, he used to feed Hummer a special formula every 15 minutes and then he taught her how to fly using a hair dryer! 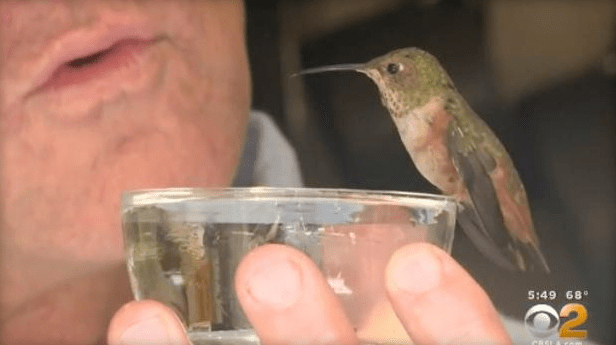 But it's her real rescuer, Rex, who the hummingbird can't leave. She's constantly buzzing around him and even shares his water bowl. 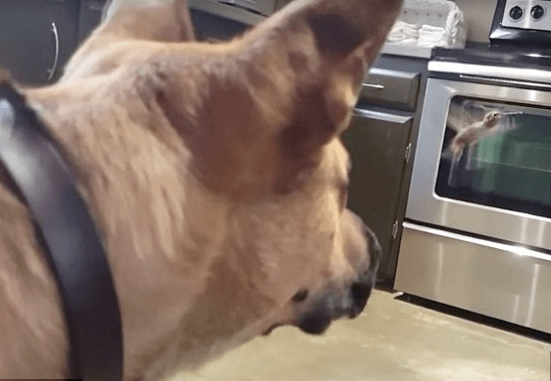 It’s now been over a year since Hummer was rescued. But one day she will eventually spread her wings. He added:

It’s time for her to start mating and I keep leaving the doors and windows open thinking she’ll leave.

But for the time being, the tiny hummingbird is very happy with her two rescuers.

“I rescue this dog. He rescues the bird. The bird rescues all of us in a weird sense and it’s just a miracle,” Gernon concluded.