The images have spread across the Web. On January 23, an internet user in China posted several photos of a rat "humiliated" on the platform Weibo, the equivalent of Facebook in China.

We can see the rodent attached by all four paws with a sign around his neck. His "crime"? Stealing a couple grains of rice from a shop. According to The Daily Mail, who reported on the facts, the rat was caught by the manager of a store in the town of Zhuhai, in the Guangdong province. 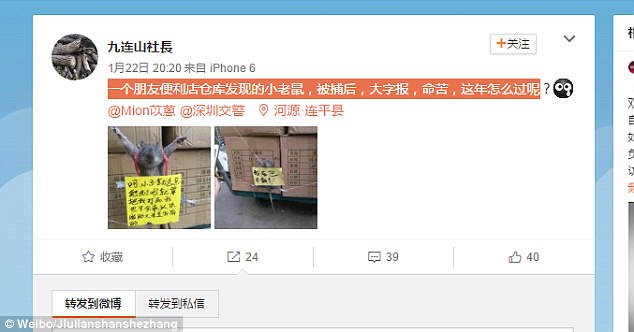 It was "jiu lian shan she zhang", a Chinese social media user, who shared the photos. "One of my friends found a small rat in the stockroom of a store," he explained. In the first picture, the rat is wearing a sign written in first person:

Ah, that's all you've got? Even if you beat me to death, I would never admit to having stolen rice from you.

In the second photo, the animal is wearing another sign which says: "I won't do it again!" The man who originally shared the images didn't expect the wave of reactions he received on social media. In the comments, a number of internet users expressed their indignation. 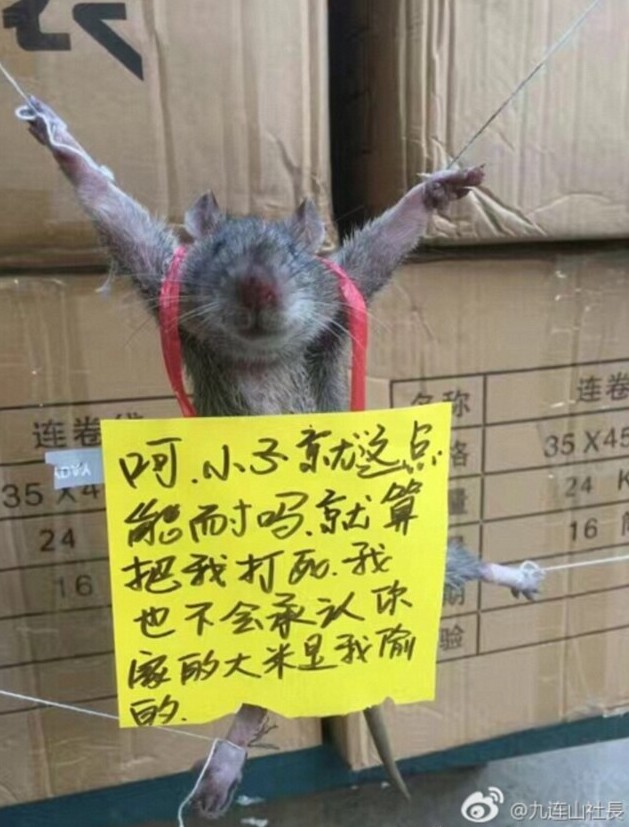 No one knows if the rat survived the cruel and revolting treatment. To justify himself, the man who was responsible for the act, named Lai Tiancai, simply explained that it was "just a rat," qualifying the whole thing as a "minor incident." 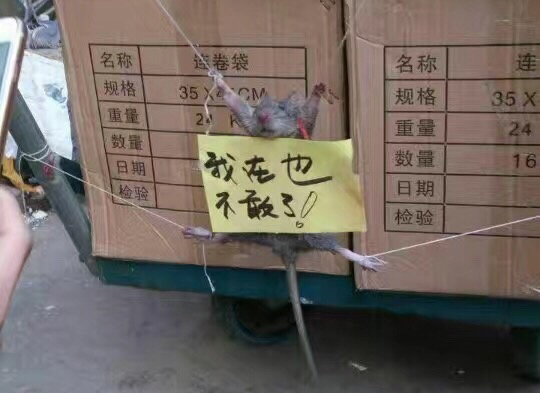 A cruel punishment which highlights the lack of consideration accorded to rats, who are often considered as "vermin" and "nuisances." Many rats in major cities are considered "sanitary risks" and can often be exterminated in violent ways (like drowning) in efforts to reduce the population.