For several years, Sting, a therapy dog, has been part of a reading program titled "Paws to Read". The program, held at the White Bear Lake Library in Minnesota, helps kids to read stories. But at the beginning of February, the unthinkable happened: nobody showed up to read for Sting. 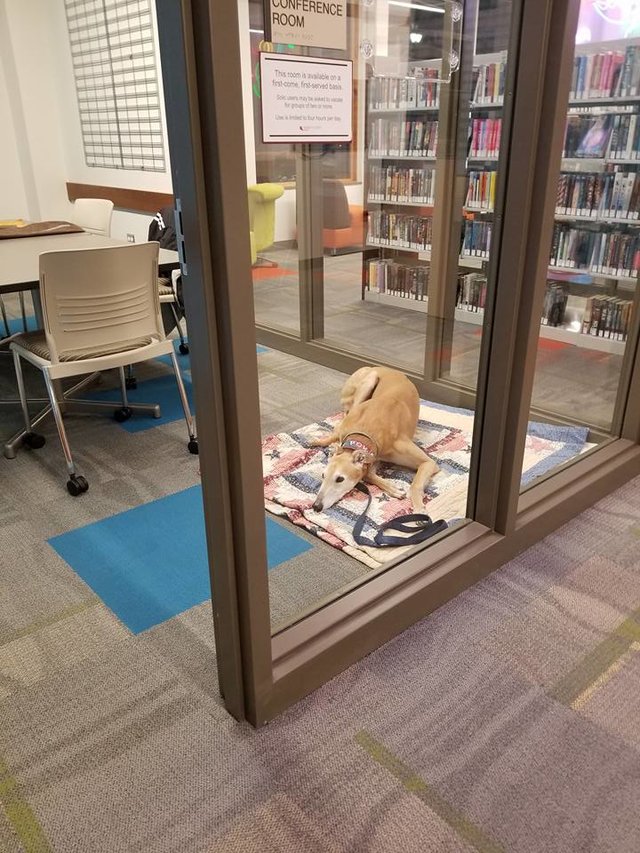 This is the first time since the program started that no one has shown up. Up until now, the program, aimed to help children aged between four and eighteen feel more confident when they read, has always allowed the Greyhound to spend pleasant afternoons in the library.

The therapy dog's owner, John Muellner, says that he's aware that February is one of the slower months for the program. He said to The Dodo that he "actually knew nobody signed up that afternoon, but Ann the librarian was going to try and drum up some business." 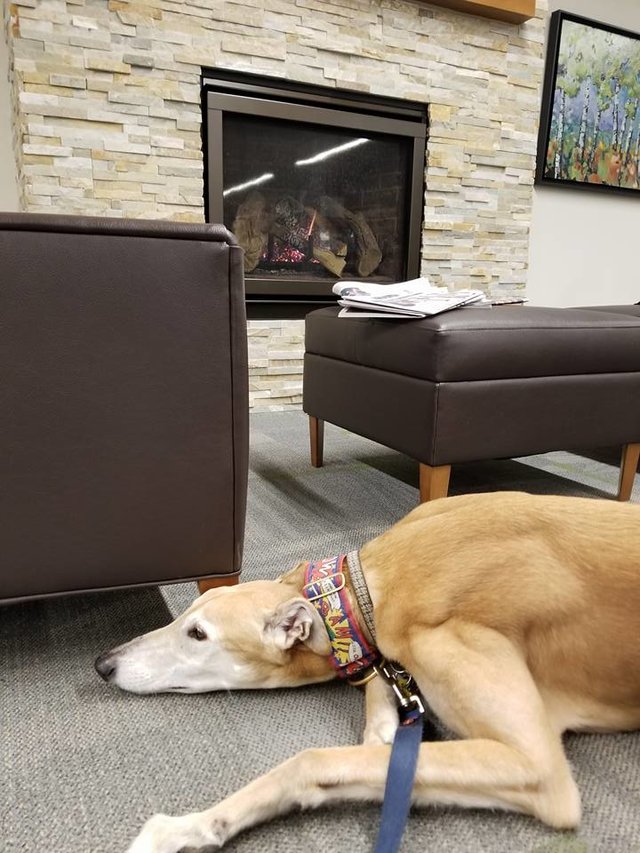 Sting was clearly disappointed and a little upset that no one came to keep him company.

In an attempt to encourage parents to sign their children up for the next sessions, John Muellner decided to share Sting's sad predicament on Facebook. He never could have guessed to receive the overwhelming response he did.

The post has in fact been shared over 100,000 times and certain people have even flown over to Minnesota just to read a story to Sting. John said:

It's been insane. I guess these days nothing surprises me with the internet. But the amount and with responses worldwide is a bit astounding.

Thanks to the attention the post received, Sting's reading schedule is now totally booked with eager kids for the next couple of months. He has become a true internet sensation. 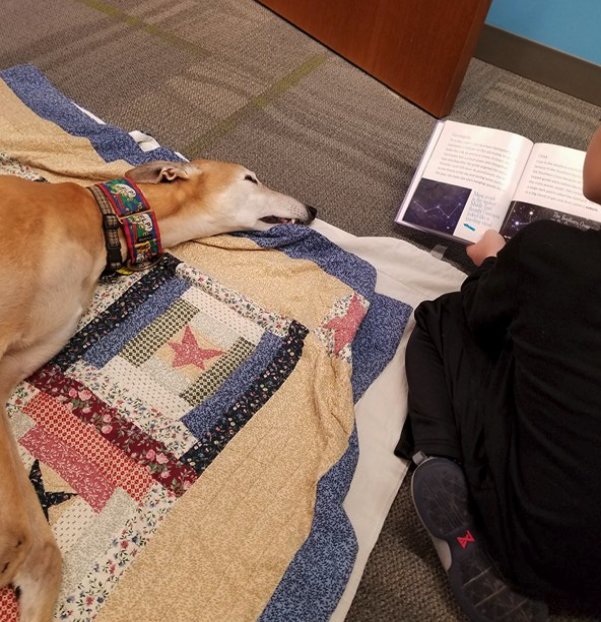 John is overjoyed with the outcome. Sting will never be alone and sad in the library again. And best of all, he'll get the chance to make life a little better for the next generation of readers — just by being himself.

It's great to see some of them come out of their shell. I mean think about it, when's the last time you read out loud for 20 minutes?