When Hope For Paws got a call about an abandoned dog, they knew only too well what they might find, writes The Dodo. The rescue group, based in Los Angeles, California, is used to seeing devastated animals, abandoned by their families to fend for themselves, so when they arrived, they were prepared.

Little Kona was terrified. She had been alone for months after her family moved away and left her on the street. Although one of her neighbors had noticed what had happened and was feeding her, she was so frightened that she wouldn't let him come anywhere near her. 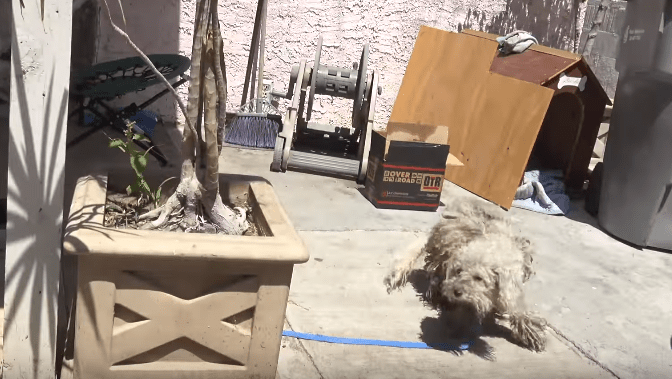 To help her survive, he'd built her a little dog house, but it was months before he could even get close enough to tie her to his porch. As soon as she was secure, he called the team at Hope For Paws to come and save her.

The abandoned pooch was still trying to run away when she saw her rescuers approaching, so they talked to her quietly, letting her know that she was safe and that she wouldn't be alone any more. Slowly, she started to calm down, even finally letting the man who'd saved her life pet her. 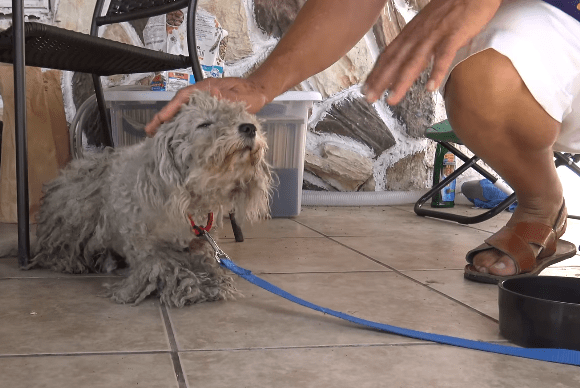 Soon after, she was snuggled in one of her rescuer's laps, being taken to the vet's for a checkup and a well-needed pampering session. After so long on her own, her fur was overgrown, matted and riddled with fleas.

With a little care, Kona looked good as new, although she was still very shy. 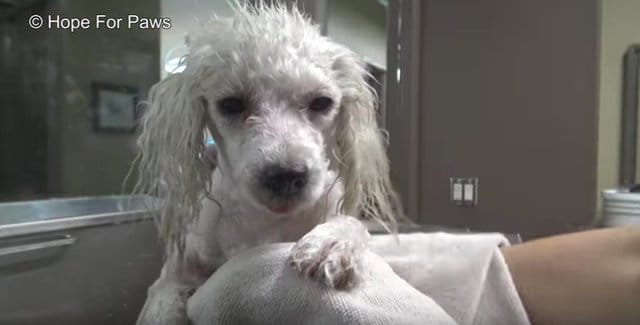 She was fostered through Pal Rescue, who quickly found her a new home with 3 sisters! Their love has completely transformed the formerly terrified pup, who lives assured that she will never be abandoned ever again. 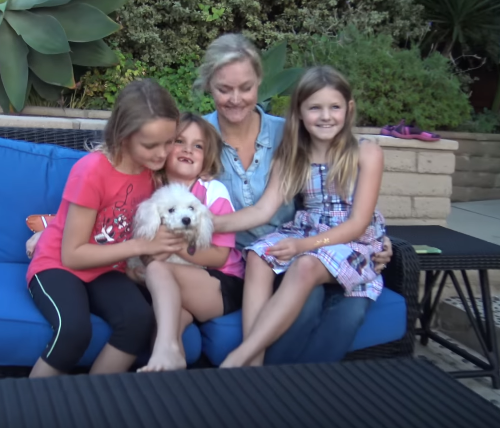 You can help support Hope For Paws by donating!