When volunteers at TEARS Animal Rescue came to help a stray tabby cat and her six babies in Cape Town, South Africa, last March, they could not have been prepared for what they found.

Hiding in the bushes with her brothers and sisters, there was one kitten who was a little different to the others: Eyona, one of the rarest cats in the world. 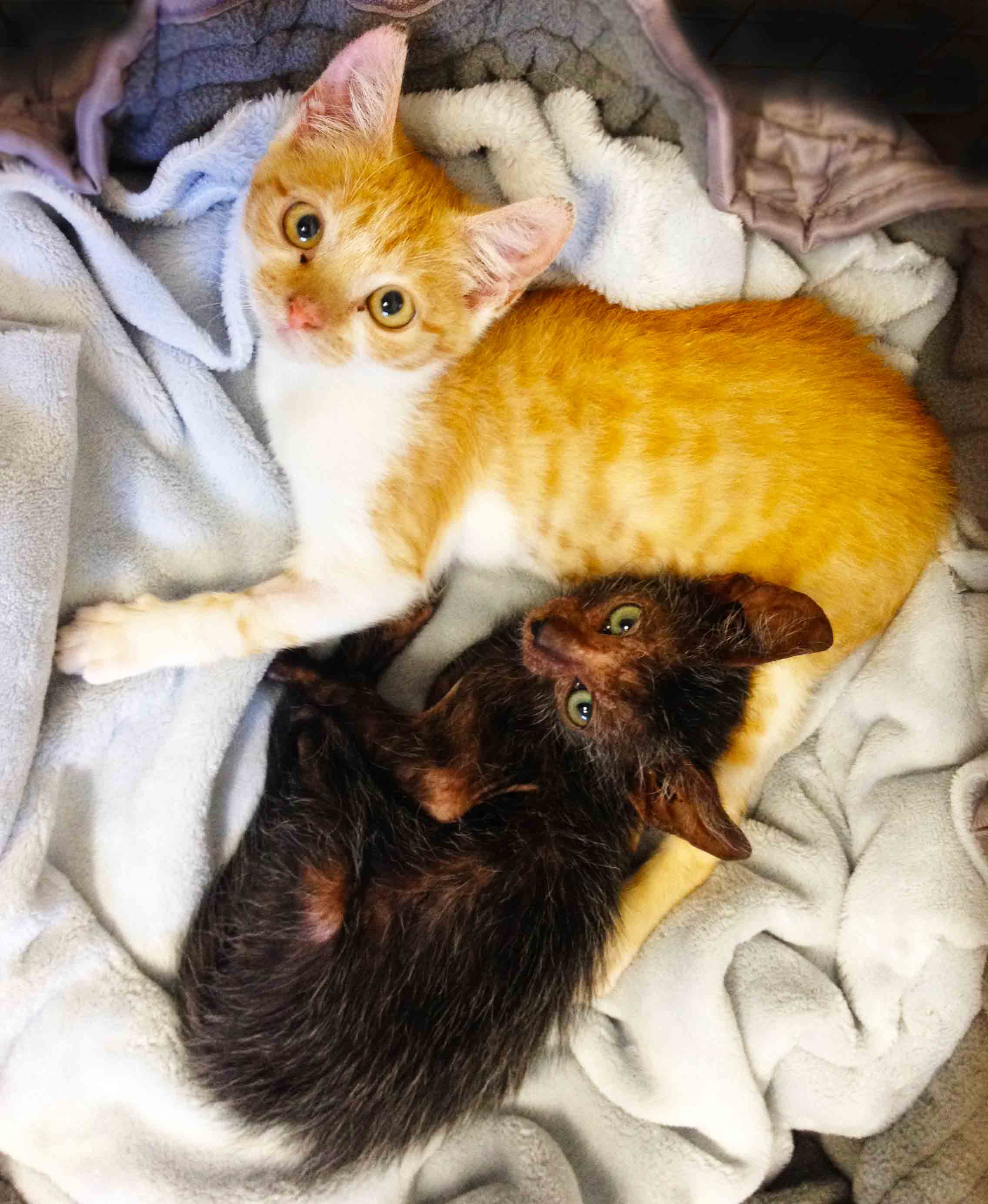 While the rest of his family are just regular cats, Eyona doesn't look like any of them. In fact, he looks like a completely different animal. TEARS manager Mandy Store told The Dodo:

He's got the look of a wolf, but the physique of a cat…He's quite incredible.

This is because Eyona is a Lykoi cat, the 35th Lykoi in the world and the only natural-born one on record. 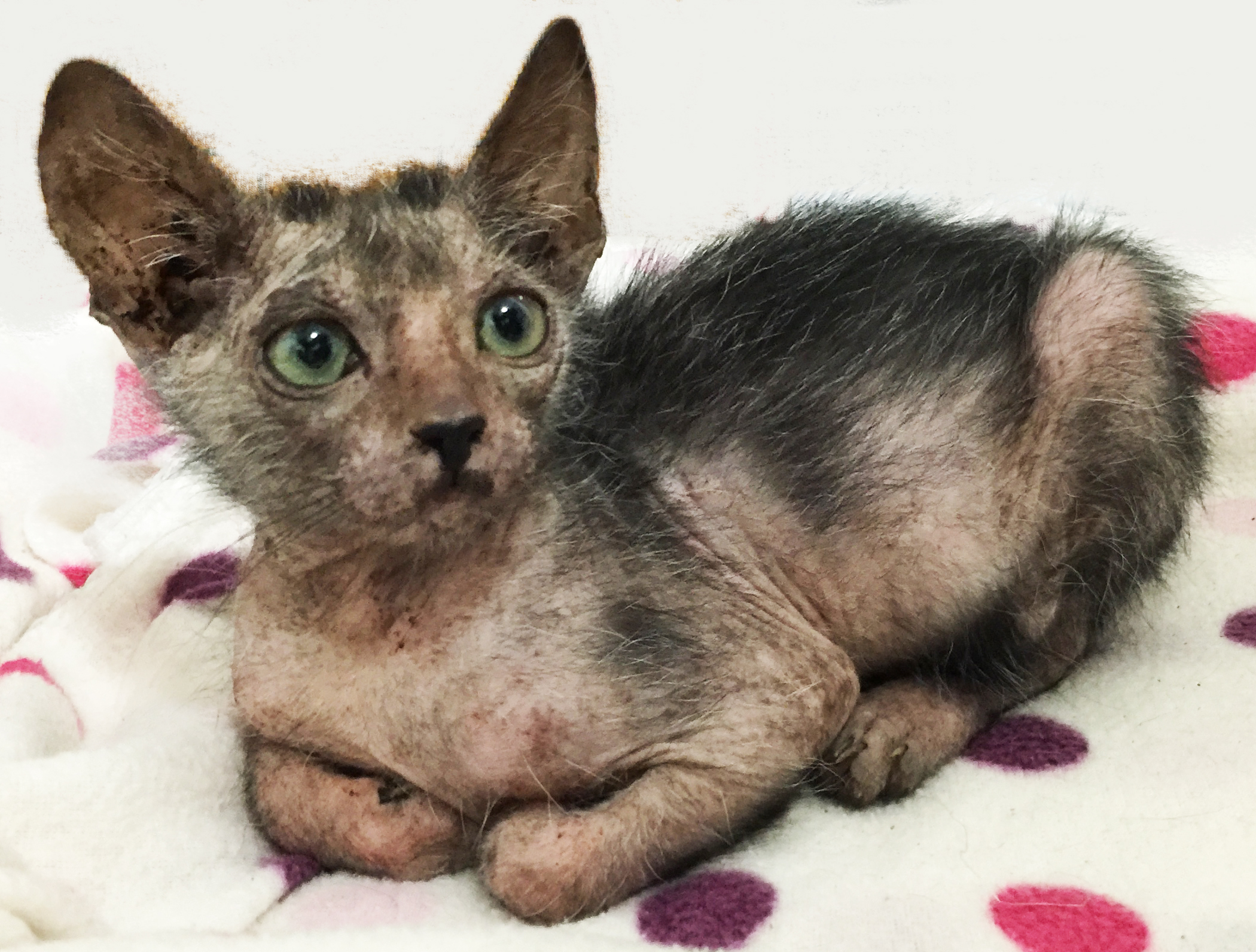 Eyona, meaning 'the one' in isiXhosa, has an extremely rare mutation which gives him the qualities of a "Werewolf" cat. So rare in fact, that his rescuers originally thought he was a different breed, or suffering from a skin disease. He has patchy hair and a narrow face, which is only becoming narrower over time.

Eyona's resemblance to a dog is coupled with some rather canine habits. He walks like a dog and plays like a dog. And unlike our sometimes rather cold feline friends, Eyona will "look you in the eyes with a sense of great attachment". 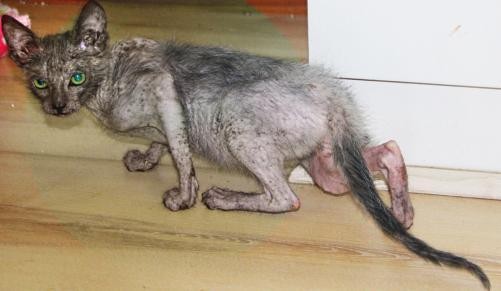 Of course, Eyona has got a lot of his attention for his unique looks. His story has spread across the world and suddenly, everybody is interested in buying him. There's no doubt that TEARS could earn a lot of money by selling him for breeding, since these cats are so unusual.

But this is not what TEARS wants for him. With this in mind, Eyona has been placed in an adoring foster home where he will be treated just like any other cat. 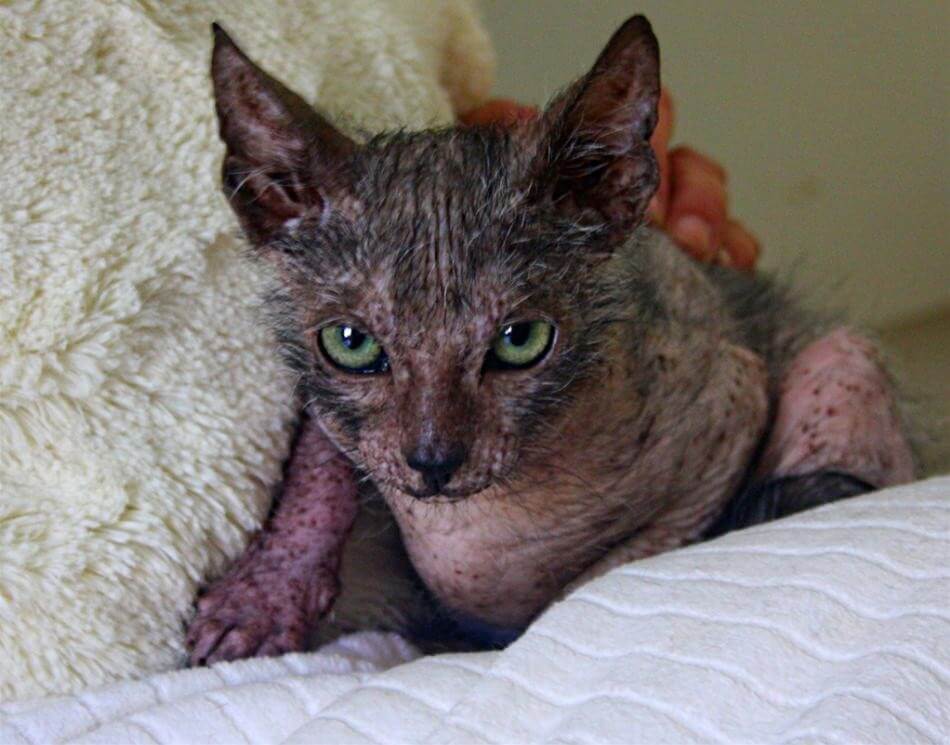 Store confirms that they have a sense of responsibility: "The last thing we ever want is for him to be exploited. We have the responsibility to make sure he has a normal life so he can be who he is".

With the loving care of TEARS, this unusual cat will get the treatment he deserves.