On the streets of Houston, Texas, stray dogs are everywhere in sight. In fact, there are so many that the shelters cannot take them all in.

Yvette Holzbach manages the volunteering association Forgotten Dogs of the 5th Ward, which strives to help these stray dogs a little bit every day. A few months ago, she was chilled to the bone when she came across a young dog abandoned on the pavement, clinging onto a ragged soft toy.

Sharing the photo of the dog on her Facebook page, she wrote:

When I first saw this dog lying on this tattered and torn soft toy my first reaction was "oh how cute is that". But then reality really sunk in once I started taking the picture. Here is a stray dog taking comfort in a worn out, discarded toy. 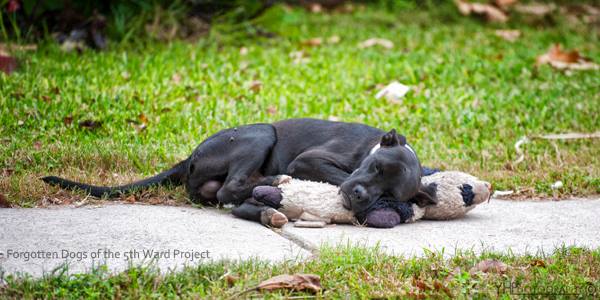 Yvette Holzbach went on to write that despite the dog's tragic situation, she couldn't take him home with her. For there are so many stray animals in Houston that charities are faced with a terrible choice every day: which one do we save?

A painful dilemma which can only be resolved rationally: the dog in a worse state of health will always be rescued ahead of a younger dog whose life is not in imminent danger.

The guilt is relentless. Such is the case for Yvette Holzbach who is now intent on finding this dog again.

Over a few weeks, she returned to the spot where she photographed the dog every day to try and find him. But in vain, the animal was no where in sight.

On March 19th, whilst she was scanning the area for the dog, she came across 89-year-old Calvin. After she showed him the photo, he confirmed he knew the dog well. 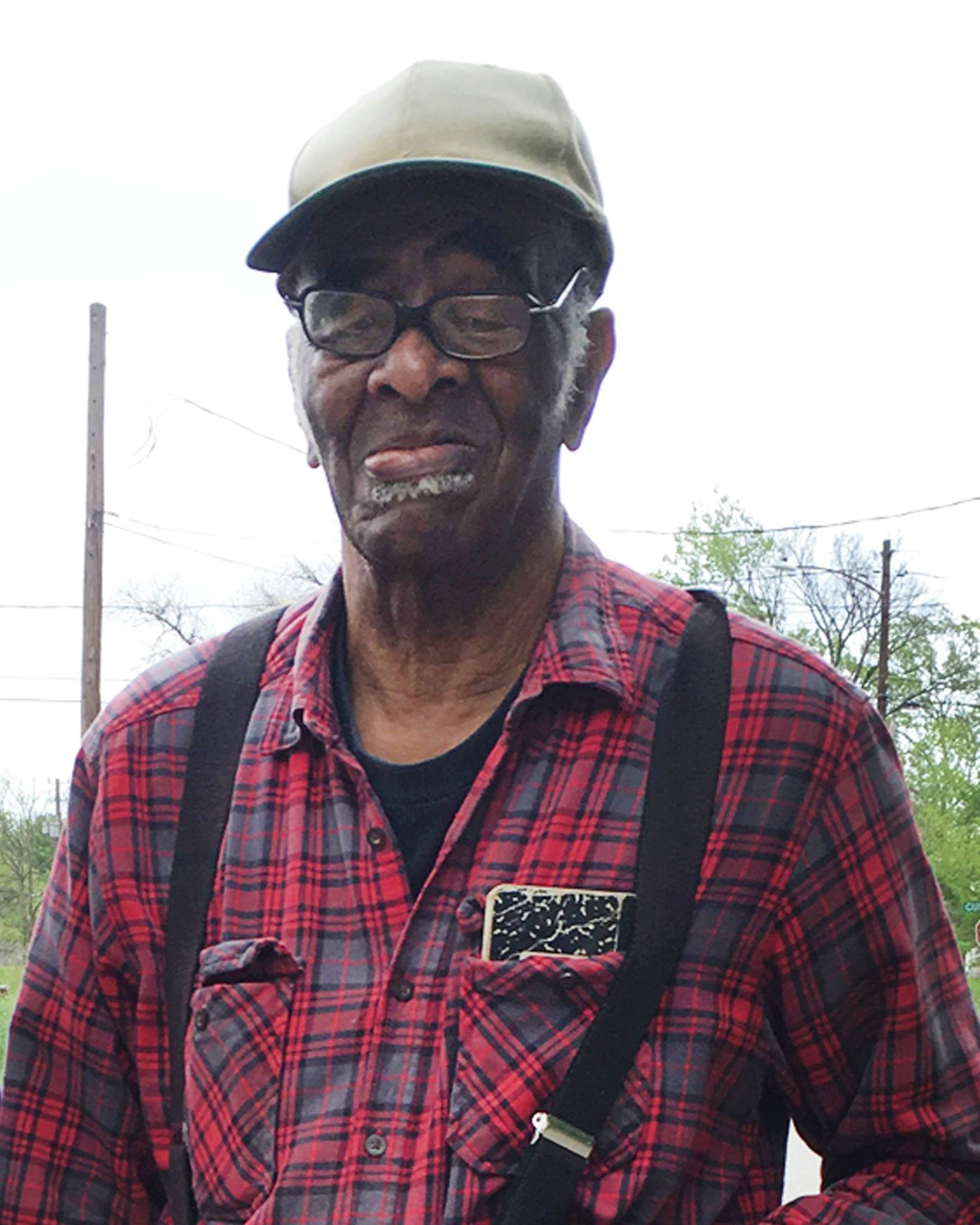 As it turns out, the old man helps offer some warmth and shelter to many stray dogs in the area. At one time, he even had around twenty dogs in his garden. But his old age means he can no longer take proper care of the dogs. The dog in the photo was recently under his care, but he vanished a few months ago.

With sadness in his voice, he told Yvette: "Since he was not neutered the chances are very high that he ran off after a female in heat."

Whilst Yvette was dismayed to hear the dog was still lost, she offered Calvin her charity's services and gave him food and medicine for the three mangey dogs who he's looking after at the moment.

Yvette says she will never stop looking for the dog in the photo, and we desperately hope she finds him again.

To support Yvette's charity Forgotten Dogs of the 5th Ward, you can click here.