Ek Park, the founder of the Canadian association, Free Korean Dogs, was working on a dog meat farm in South Korea last year when she spotted something terrible.

A tiny kitten who was only skin and bones was so hungry that he was eating dirt and earthworms. 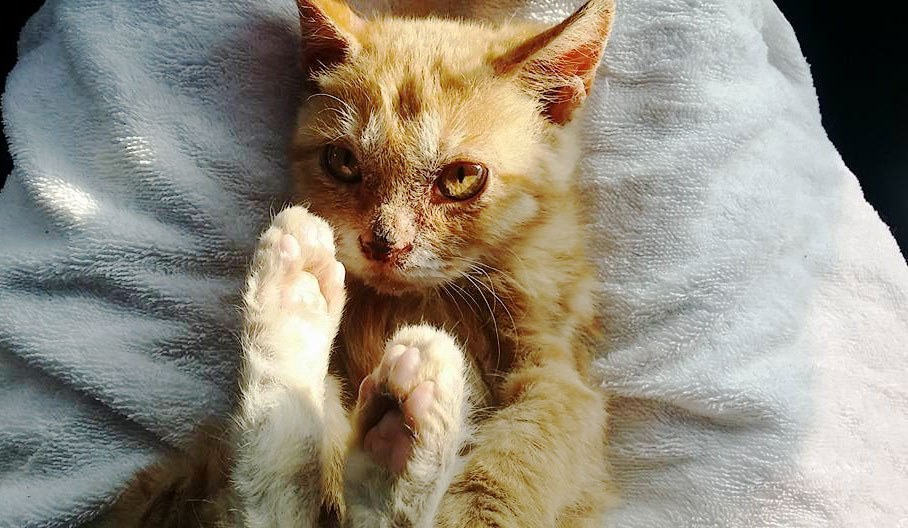 When the young woman approached, the farm's owner came out of the house and demanded to know what she was doing. She responded that the kitten was in poor health and needed care. After a long debate, the farmer finally allowed her to leave with the feline, whom she named Nimo. 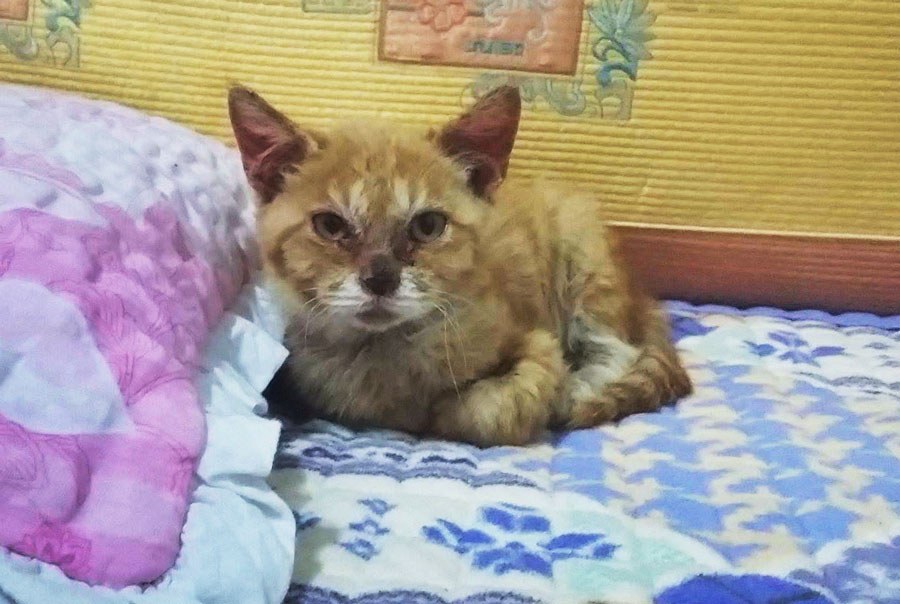 Nimo had not been vaccinated against rabies, so Park could not take him to Canada. She left him with Jiyoon Yi, a Korean woman who had, in the past, saved five puppies from a certain death when they were about to be slaughtered for their meat. In exchange, Park took the five puppies with her to Canada in order to find them forever homes.

A couple of months later, Park went back to South Korea in order to film a documentary about the dog meat trade. She went back to Jiyoon Yi and was delighted to find that Nimo, who had been starving and ill, was now in perfect health and had grown into a beautiful, happy house cat. 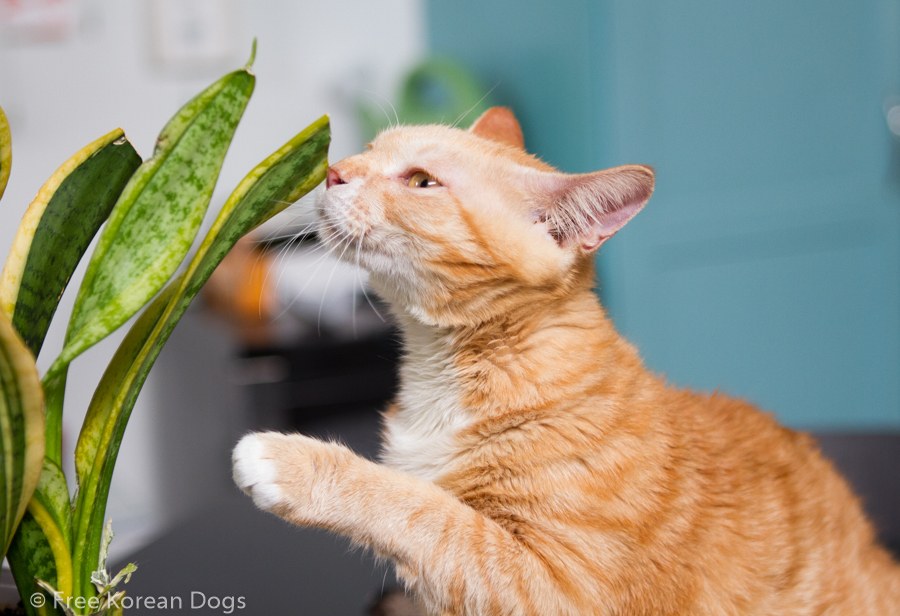 When she arrived back in Toronto, Park gave Nimo to one of her friends. The cat rapidly adapted to the new environment and it became his forever home. 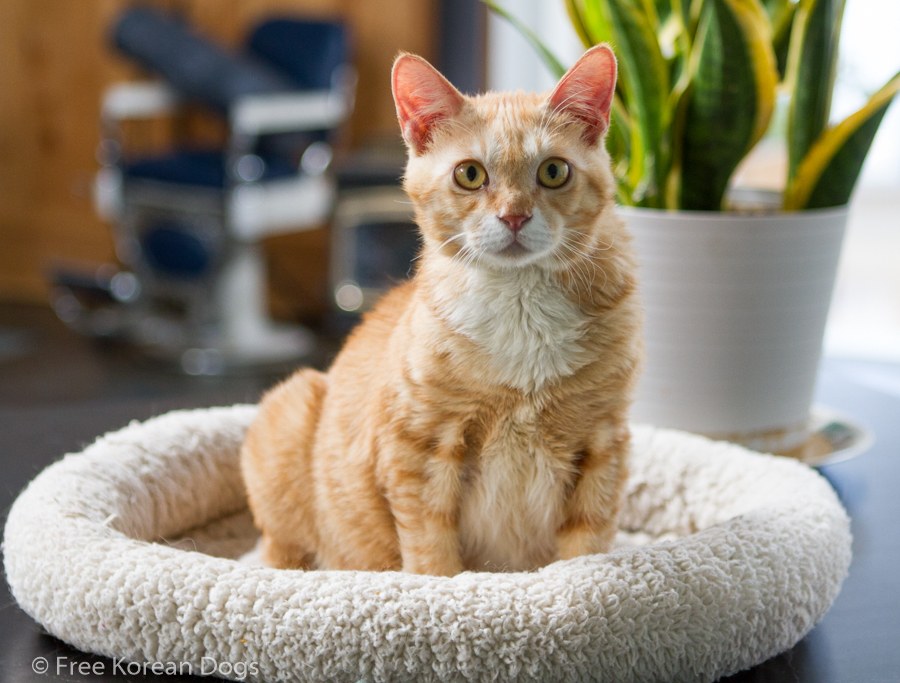 You can support Park's organization, which fights against the cruel dog meat trade and the mistreatment of dogs who all deserve loving families, by clicking here. 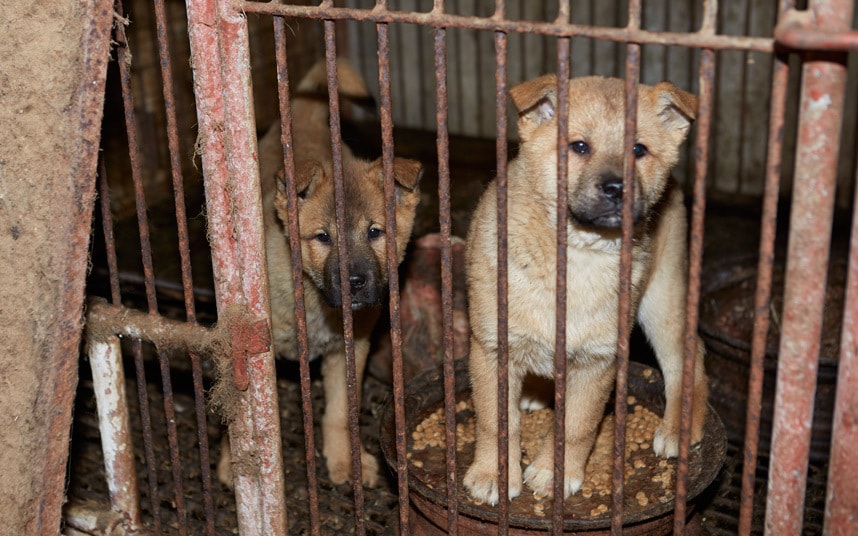 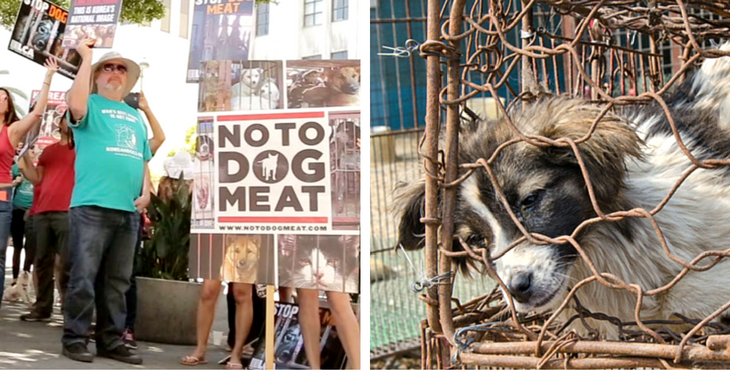