Shirley Zindler, an animal control officer, received a call from worried residents in Sonoma, California, after they spotted, what looked like a dog, scampering in and out of an old oak tree in a rural area. 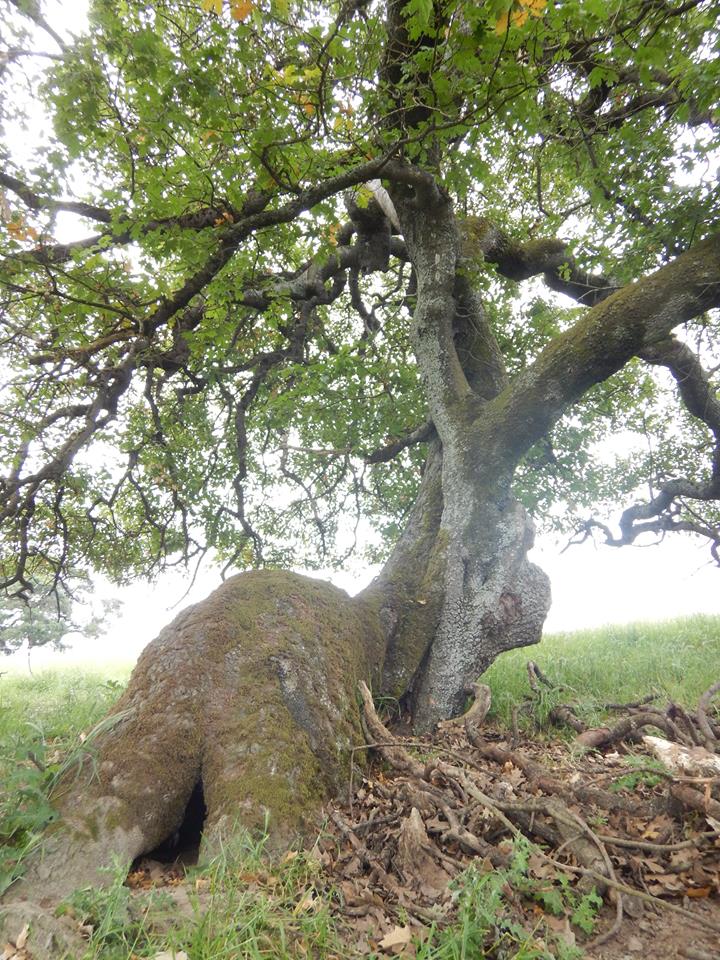 She went out to the site and peeked into the hole under the roots with a flashlight, and lo and behold, there were two eyes staring back at her.

Zindler tried her best to coax out the canine, using treats and tools, but the tiny pooch just pushed further back into her hiding spot.

Finally, they decided to try pushing her out using a long garden hose, correctly thinking that she would shy away from that as well, and hopefully move towards the opening. 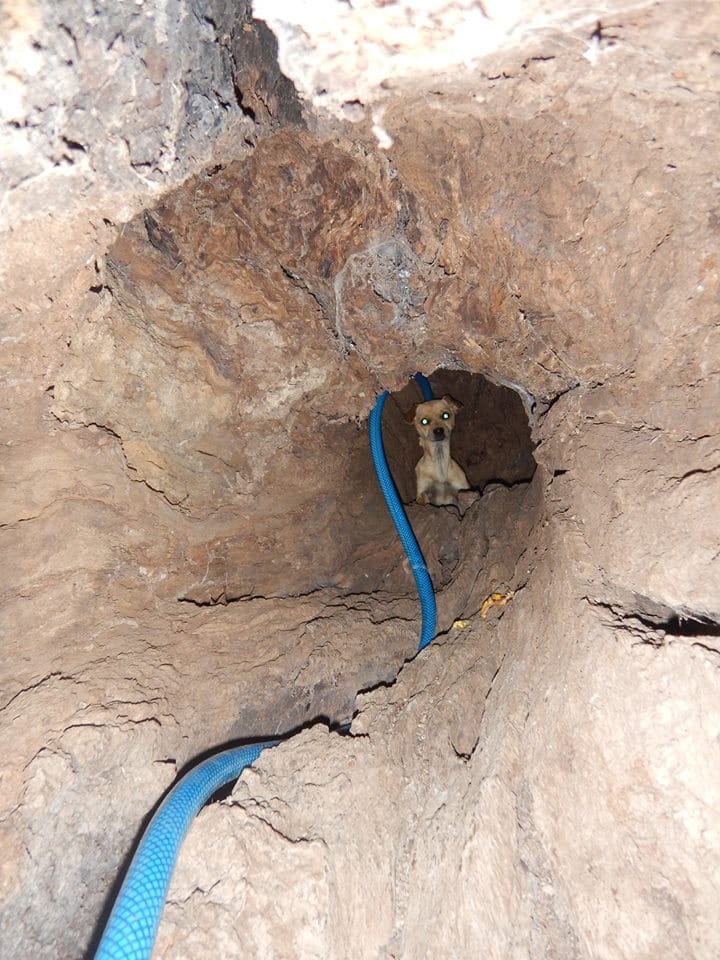 When she was finally close enough, they managed to grab her. The dog was clearly terrified and starving.

The area is a known dumping ground for unwanted animals, so it's possible that she had been left their by someone. But her fear of humans was obvious; she even tried to bite her rescuers.

Despite her visible ribs, the tiny dog had a round stomach, and when they took her back for an exam they discovered she was pregnant. 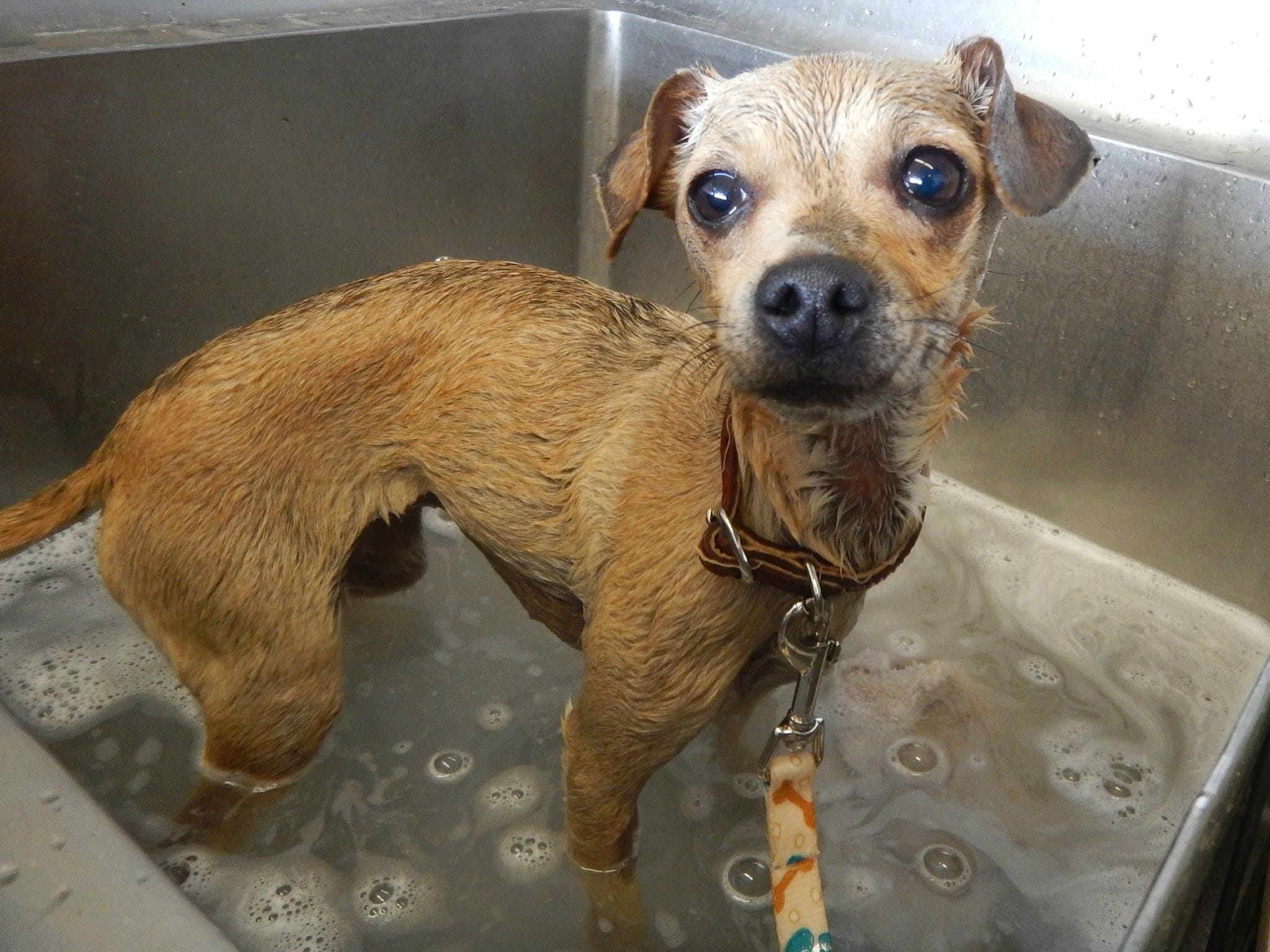 Sadly, the babies were stillborn, which only increased the dog's anxiety. Her rescuers decided to name her Boo and slowly started to nurse her to health.

She was given a warm bath and lots of food. Zindler even took her to her own house to foster her, knowing that with time and love her distrustful nature would abate.

And slowly, but surely, it did. The woman patiently trained Boo to walk on a leash and be comfortable in a crate. She gave her lots of attention, until one day she was finally ready to be adopted. 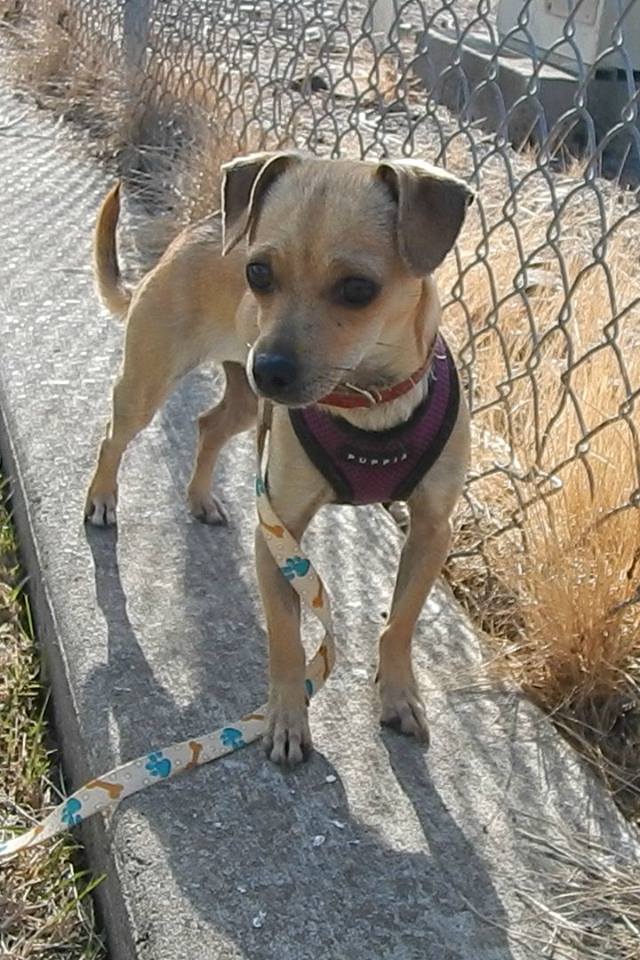 Though Zindler had her doubts about finding a home for such a troubled dog, Boo's story touched so many people, and the applications came pouring in. A woman named Kim particularly caught her eye.

After carefully vetting all of the options, Boo went home with Kim, and she's now enjoying the best life. She even has her own Facebook page, Life of Boo, where her new mom posts all of her updates. 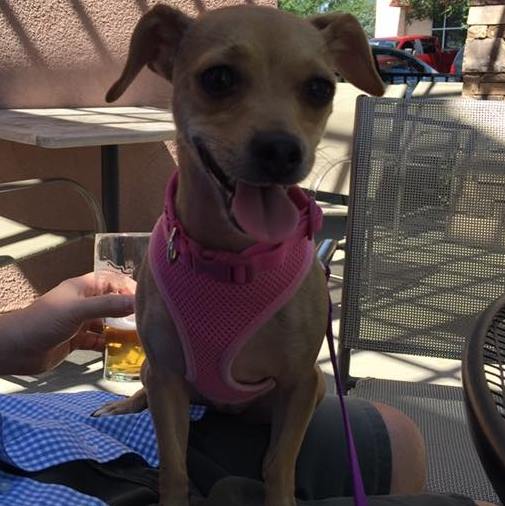