Xherdan, a Sphynx, doesn't look like your average cat. From his light turquoise eyes and completely hairless body, he is undeniably striking. But it's mainly his perpetually grumpy expression that has made him a true internet sensation. 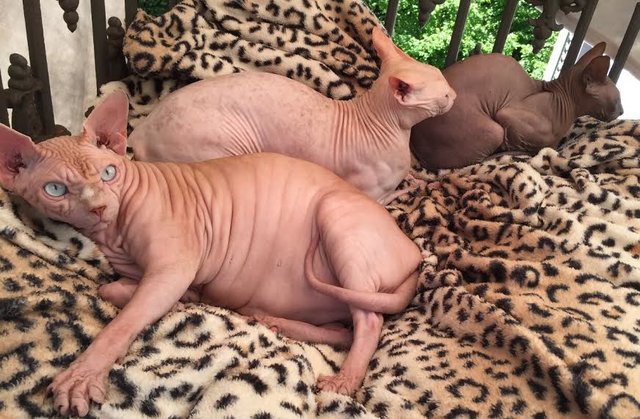 Sandra Filippi, his human from Switzerland, said to The Dodo:

When I first saw him, he immediately stole my heart. He’s such a special baby boy. 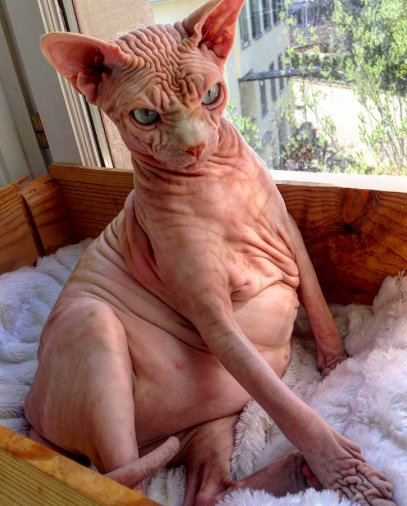 Xherdan is Canadian Sphynx, with a less slender body than the standard Sphynx. Despite his less than ordinary appearance, he is anything but shy. Sandra said:

He is just like a child. He speaks a great deal in all pitches. When he’s excited, when he’s hungry, when he’s playing, or when he’s cuddling … He is always talking. 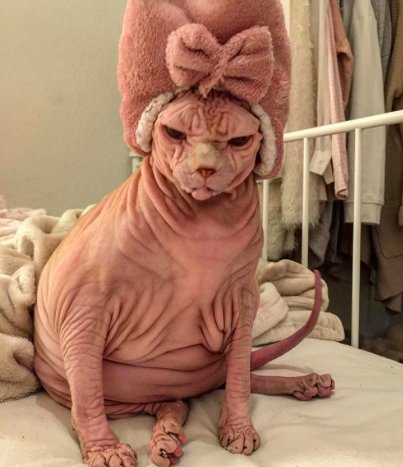 His very unusual appearance makes for the most hilarious and striking pictures. No doubt, the cat knows how to pose, as Sandra says:

He is always distracting me when I’m trying to do something because I always have to look into his blue eyes and give him lots of cuddles. He is the most beautiful cat there is. And he always makes me laugh. 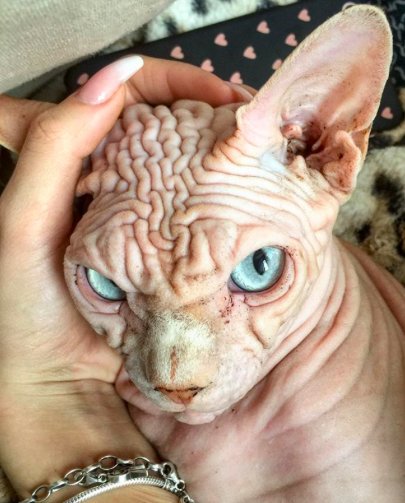