A few days before last Christmas, the Fund For Animals Wildlife Center (FFAWC) received an urgent call from the California Department of Fish and Wildlife after numerous reports of a mysterious creature lurking near the garbage cans in a residential area surfaced.

The animal was worrying a lot of locals due to its unusual look. It was completely without fur and didn't resemble any recognizable mammal. 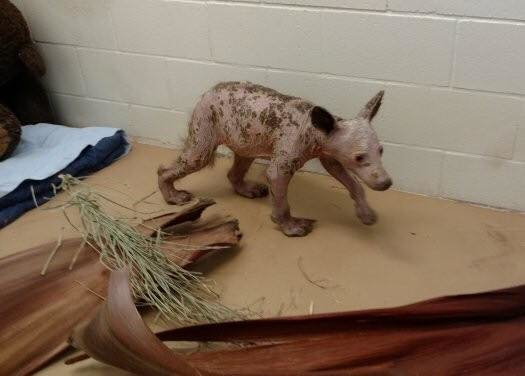 This mysterious creature turned out to be a black bear, less than a year old. Christine Barton, director of operations for FFAWC said to The Dodo that "she [was] completely naked". In fact, the young female had a very serious case of mange which caused her to lose all her fur.

The FFAWC took in the young bear, who was named Eve after the volunteers who generously agreed to drive her to the sanctuary on Christmas Eve. Despite being a very nasty disease with very unpleasant consequences, mange is easily treated. 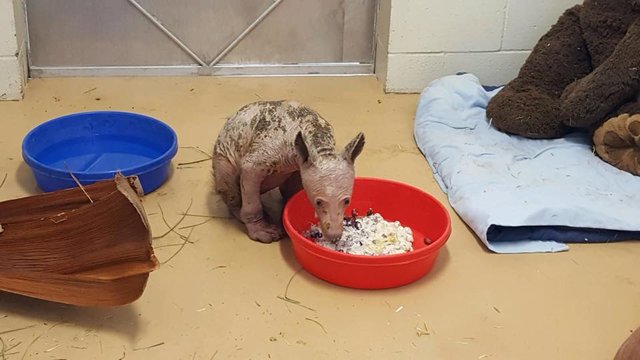 Eve was then placed in a quarantined enclosure with access to the outside, enrichment and places where she could go if she wished to be alone.

The team at FFAWC happily welcomed Eve as she was too young to be left by herself. Christine Barton said:

She would normally be with her mother. She obviously got separated [and] she’s probably been living off of scraps and trash.

Today the young bear is receiving lots of attentions from her carers, who feed her with her nutritious food and have also given her a bath to soothe and heal her skin. 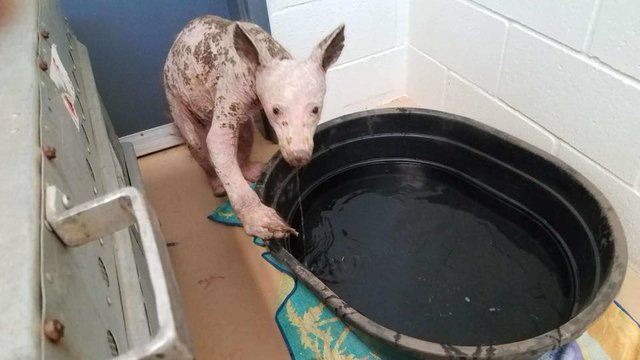 Eve is currently on the road to recovery with her skin showing serious signs of improvement and her fur already starting to grow back. The center estimates that it will be a minimum of six months before she can be released back in to the wild.

In the meantime, her rescuers are delighted to be able to help her! Wayne Pacelle, CEO of the Humane Society of the United States (HSUS), the charity in charge of FFAWC said:

We are humbled by the opportunity to care for her … We’ll be with her every step of the way, for as long as it takes for her fur to grow back. When creatures are in this kind of peril is when we rush in to help.

If you would like to show your support for Eve, you can do so by making a donation to the FFAWC here.