On August 15 2017, Blaze Gottschalk had a terrible accident at Lyndon Station, Wisconsin. He lost all consciousness while driving, swerving into a lorry, sending his car rolling and glass breaking. When he regained consciousness, his service dog, Kevin, an adorable Golden Retriever, who is normally with him at all times, had disappeared. 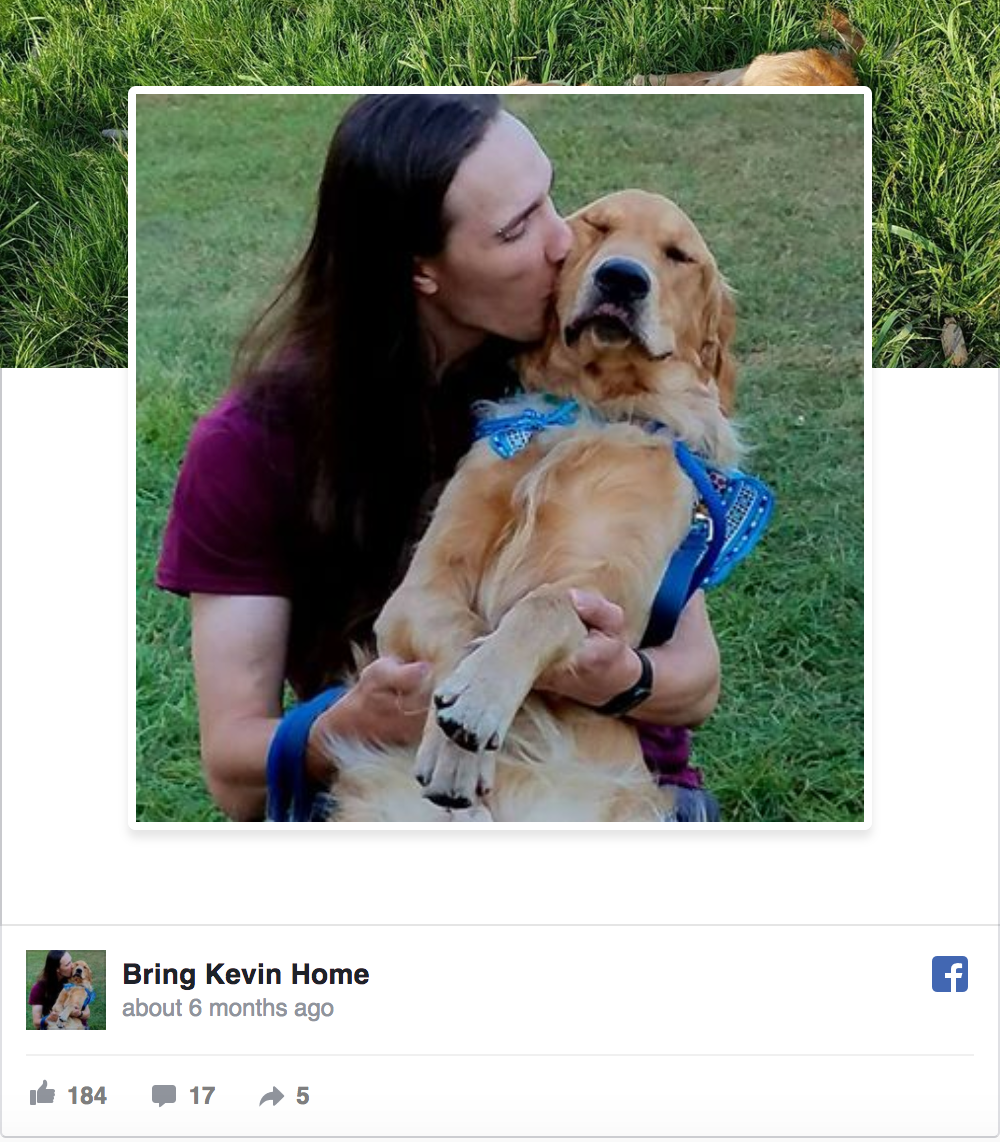 Blaze, who fortunately only suffered a few cuts, immediately set up a GoFundMe page to find Kevin, upon returning home to Minnesota. Helped by his friends Dana Daniels, who trained Kevin, and Kris Lee, the trio desperately tried to raise enough money for Blaze to take time off work, stay in hotels, and pay for any medical interventions Kevin might need upon being found.

Several people at Lyndon Station, also volunteered to help find Kevin. Numerous members of the community had said they'd spotted him so all hope was not yet lost. Among the volunteers were brothers Alex and Kyle Hadac, who recognized Kevin along the side of  highway near the crash site. 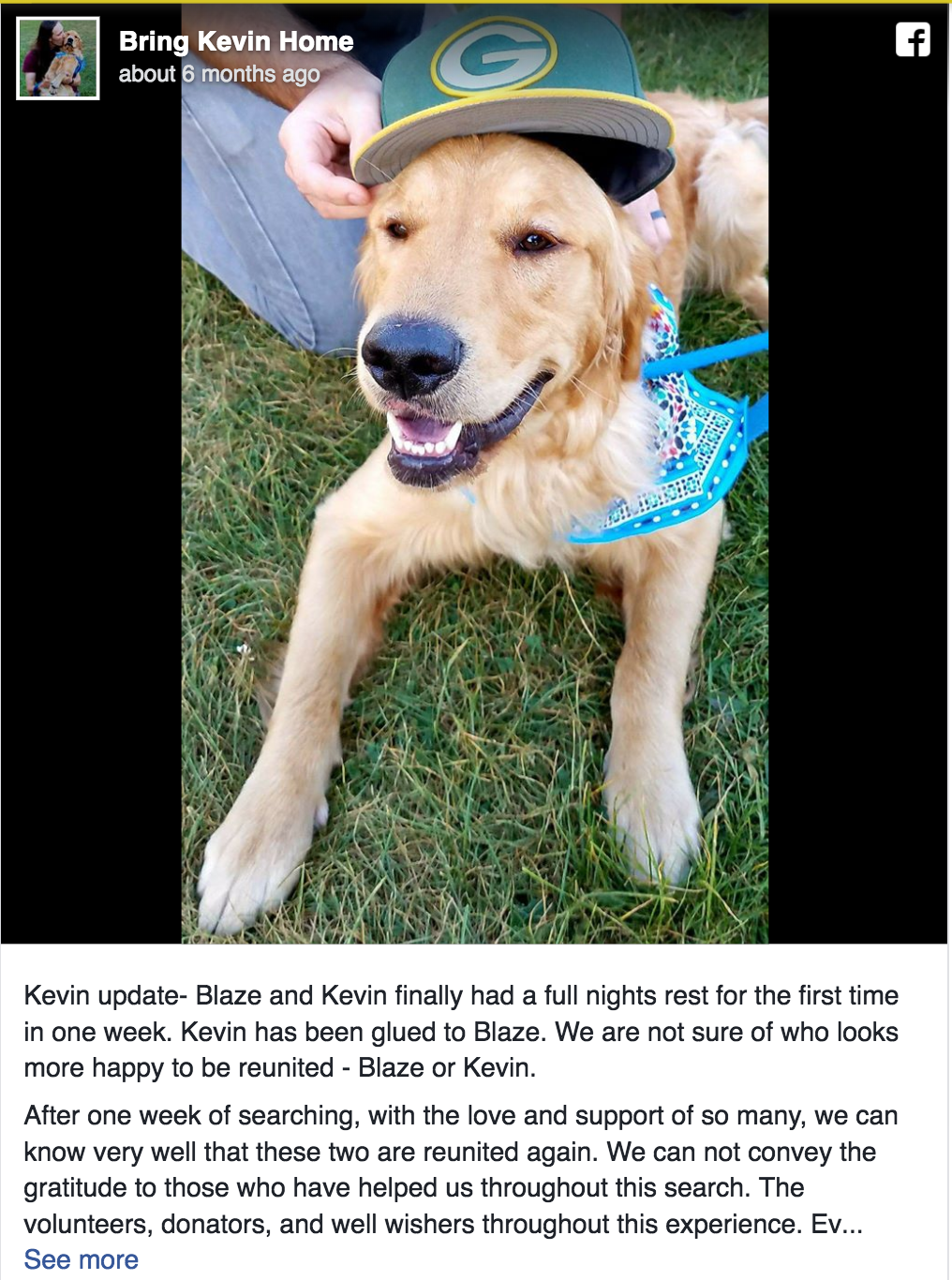 After calling his name a few times, they said, “Kevin, come on, let’s go,” he followed them. They immediately took him to the vet where they were greeted with good news; Kevin hadn't suffered any serious injuries.

Blaze immediately took to the road to be reunited with his best friend. He said to Liftable:

That dog is perfect to me. That’s why I’ve done everything that I have in the last week to get him back. 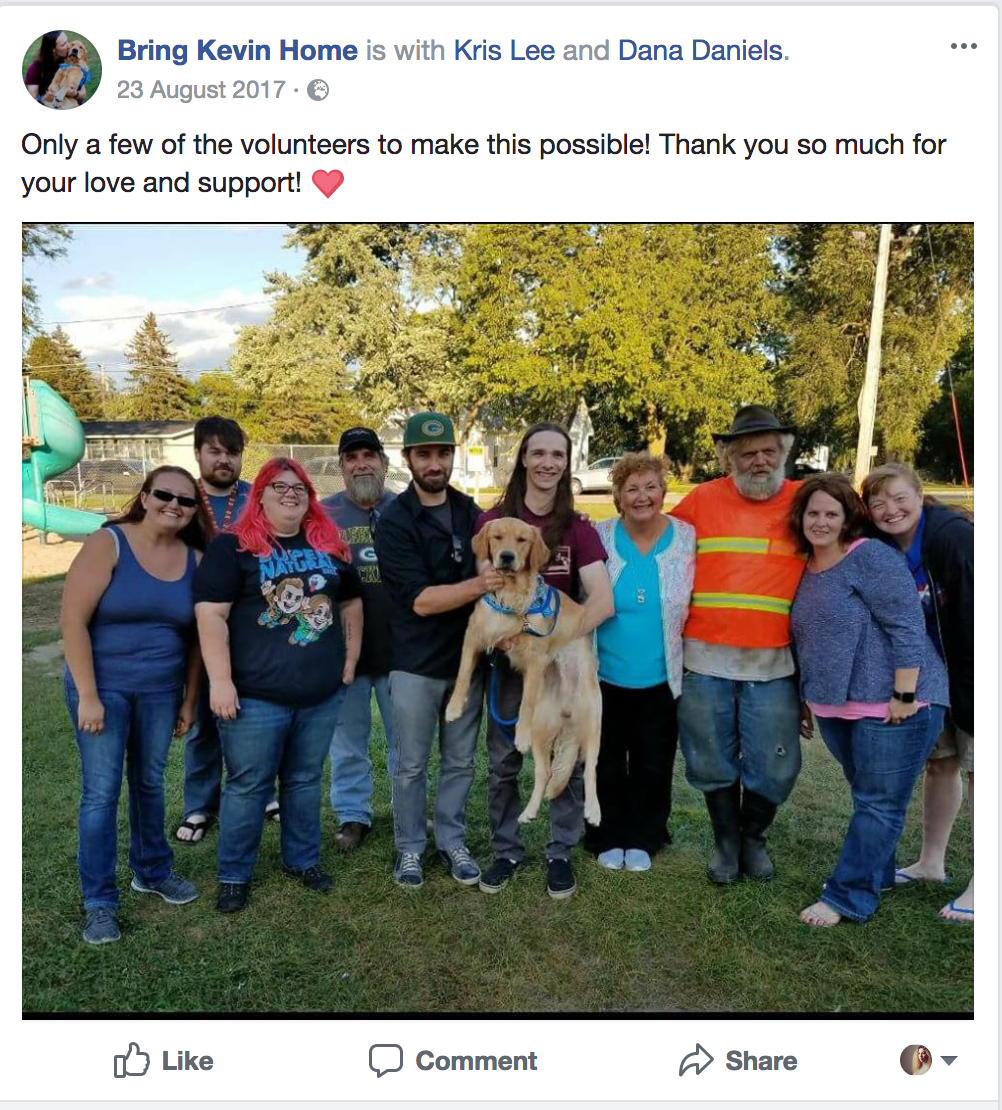 Gottschalk and Kevin are now happily reunited thanks to the efforts of an entire town who cared!