A mother's courage knows no bounds when it comes to protecting her child.

This mother rat was evidence of that in a video which has rapidly make its way around the internet.

In the epic scene, we see a snake trying to make off with his prey struggling between his teeth: it's a tiny little rat. But he doesn't get very far…

Without a moment's hesitation, his mum pounces on the predator, determined to do anything she can to save her baby's life. She starts by biting into the snake's tail and goes absolutely mental until he lets go of her baby.

But the rat doesn't stop there: once her baby is free, she goes after the snake, who retreats fearfully into the bushes.

Though the baby doesn't move for a few fretful moments, you finally see him get his spirits back and take a few steps. Her battle only just over, his mother takes her beloved child by the skin of the neck and takes him back to safety. 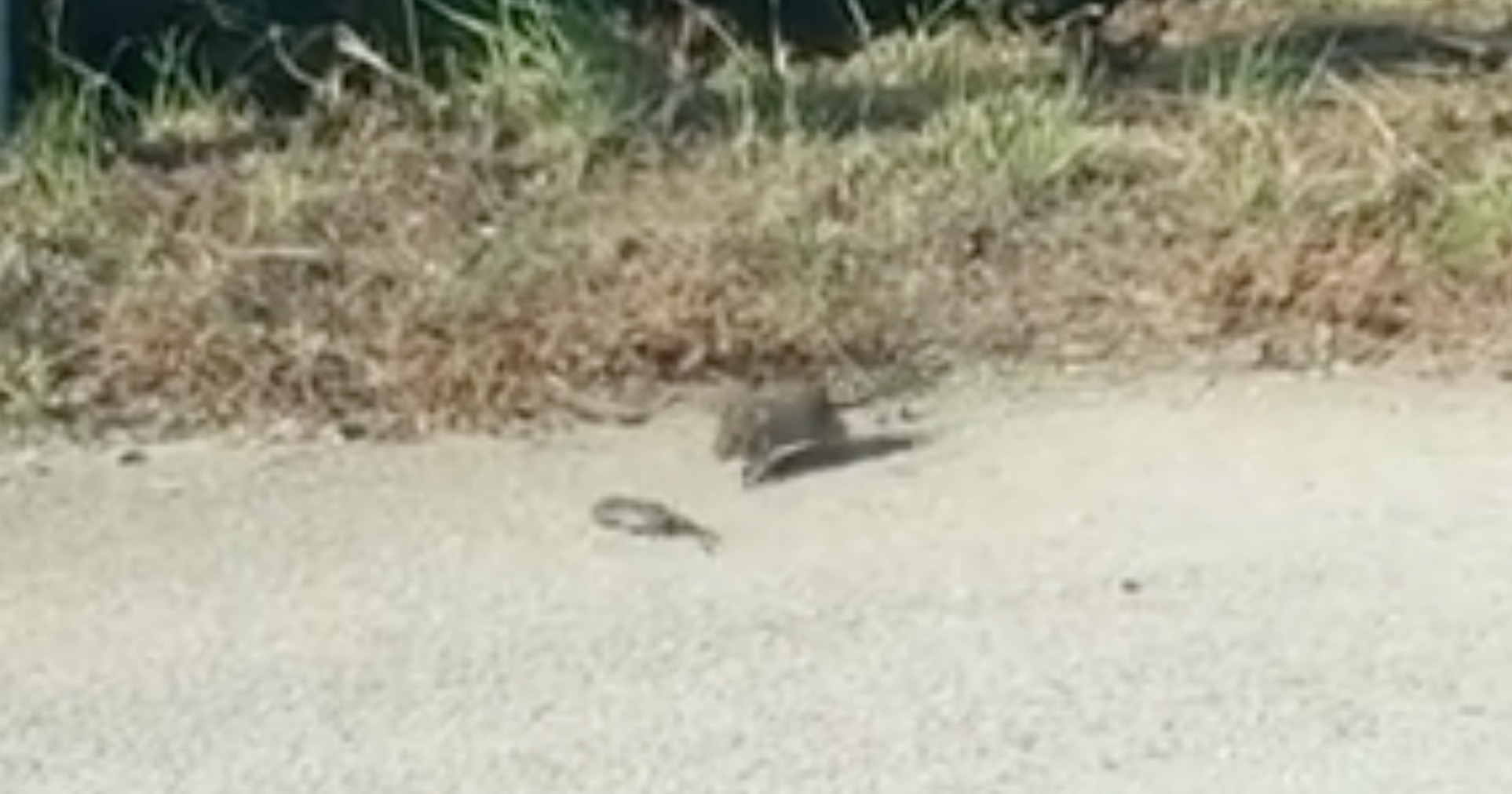 Rojas Montecinos Evy, who filmed the scene and posted it on her Facebook page, says:

Today on my way home, I witnessed a mother's incredible act of love. It was a moment of great distress, full of emotion…

The Dodo asked an expert's opinion to try and find out if the snake was venomous, and what the baby's chances of survival are. According to him, venomous reptiles usually catch their prey by firstly sinking their teeth in, then releasing them while they wait for the venom to take effect.

The fact that this snake let go of the rat suggests that it wasn't venomous. At least, that's what we hope!

Watch the video of the incredible scene here: