On the 21st of March 2018, a puppy was shot in Montenegro. The perpetrator has said that he shot the puppy because it was chasing sheep.

The dog, which was seriously injured, was brought to a veterinary clinic in Polje by its owner. The vet told the owner needed to be put to sleep, and that they couldn't complain about the shooter, who is a member of the Montenegro Kennel Club, an important organisation. 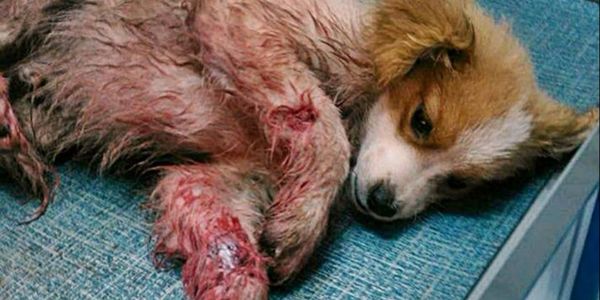 Luckily, a rescue centre got in touch and managed to find the puppy, named Beban. He was subsequentl treated, though the outlook remains grim. One of his paws will almost certainly have to be amputated. The rescue centre has decided to pursue complaint against the shooter.

The names of the shooter and the vet are as yet unknown. The rescue centre has decided not to publish their identity for the moment, and has launched a petition entreating the authorities to take action. You can sign it by clicking here.

If the rescue centre doesn't get a response from the government, they will publish the names of the two men.